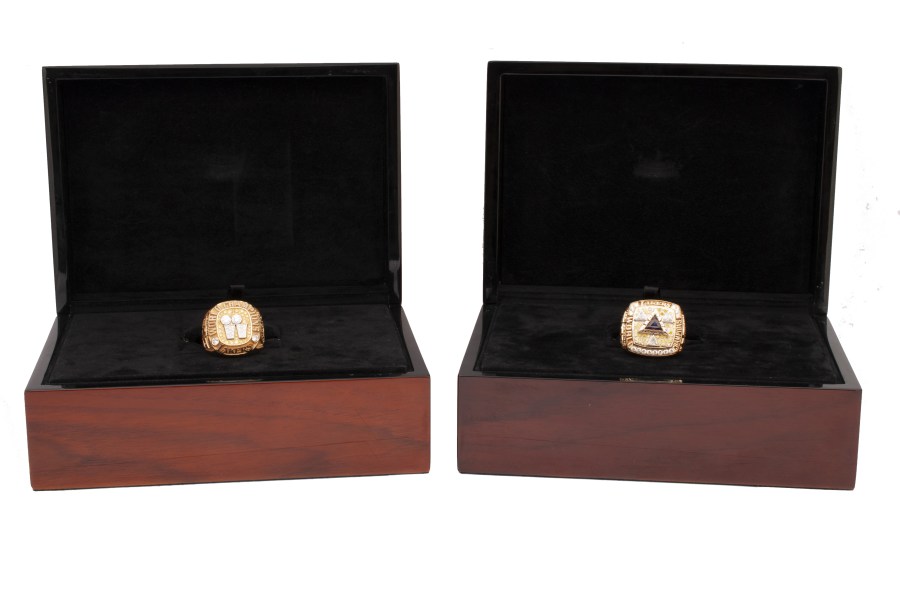 A multi-time NBA Finals champion for the Los Angeles Lakers has raised more than a quarter-million dollars for Ukraine relief efforts by auctioning off a pair of championship rings.

Stanislav “Slava” Medvedenko, a Ukrainian forward who appeared in more than 200 games for the Lakers and was a member of the 2001 and 2002 championship teams, auctioned off his two championship rings through SCP Auctions.

The two rings sold for a combined $253,534 — $126,767 each — with all the proceeds going to Medvedenko’s Fly High Foundation, which supports Ukrainian children and aims to help restore the embattled nation’s sports infrastructure.

How to help Ukrainians affected by Russian invasion

The 7-year NBA pro said his organization plans to purchase sports equipment and other goods for damaged schools in Ukraine to help get kids back into the classroom and back into physical activity.

“Sport is a great antidepressant, and our objective is to return happiness to the lives of Ukrainian kids,” Medvedenko said in a news release from SCP Auctions.

Medvedenko is a native of Ukraine and was among the thousands of Ukrainians who stayed to defend their homeland from Russian forces that began invading the country earlier this year. Recently, the NBA champion served in Ukraine’s territorial defense forces in Kyiv.

Medvedenko said he hopes the money raised from the proceeds of his championship rings will provide continued support to the Ukrainian people.

“The rings are priceless for me, but moments are more valuable than things,” he said.