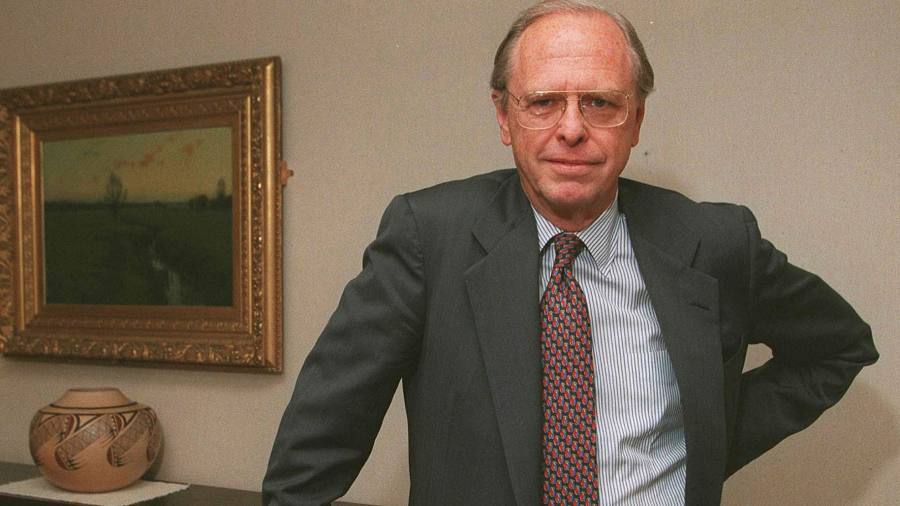 Edward “Ned” Johnson, who led the transformation of Fidelity Investments into one of the world’s largest asset management groups, has died at age 91, his daughter and successor Abigail announced on Thursday.

Johnson ran Boston-based Fidelity, which had been founded by his father and namesake, for nearly 40 years. By the time he stepped down as chief executive in 2014 the regional family firm had become a behemoth, responsible for managing nearly $ 5tn.

While at the helm, Johnson spearheaded the use of mutual funds in retirement savings and pioneered direct sales to retail investors. He also revolutionized short-term savings by allowing clients to write checks off money market funds.

Along the way, he leaned hard into new technology, pushing for the purchase of the firm’s first computer in 1965 and the introduction of its first call center for prospective clients in 1974. Ten years later, Fidelity computerized trading with floppy discs that enabled customers to buy and sell stocks, and it set up the first webpage for a mutual fund family in 1995.

Born and raised in Massachusetts, Johnson attended Harvard and served in the Army before joining the family firm in 1957. He personally managed Fidelity’s Magellan fund before handing it off to Peter Lynch, whose success as an active manager helped make the company famous.

Private and reserved, Johnson rarely spoke at public events or gift interviews. At Fidelity, he used what Lynch once described as “the smallest CEO office in the world”. When Johnson retired, Lynch told the Boston Globe, “He never bragged about anything, and he’d talk about stocks or companies he’d bought in the past that did not work.” He was very open to self-criticism. “

Despite that, Johnson proved reluctant to hand over the reins of the company, fending off Abigail Johnson’s first attempt to take over in 2004 by issuing extra shares in the family business. He then moved her out of her role running the mutual fund arm into workplace pensions. At his death he controlled a fortune of $ 11.5bn, making him the 60th wealthiest person in America, according to Forbes. His three children hold nearly $ 40bn more.

Johnson died at home in Florida, surrounded by his family, Abigail Johnson said. “He loved his family, his co-workers, work, the stock market, art and antiquities, tennis, skiing, sailing, history, and a good debate. He could be counted on to have the contrarian view on just about anything, ”she wrote on LinkedIn.