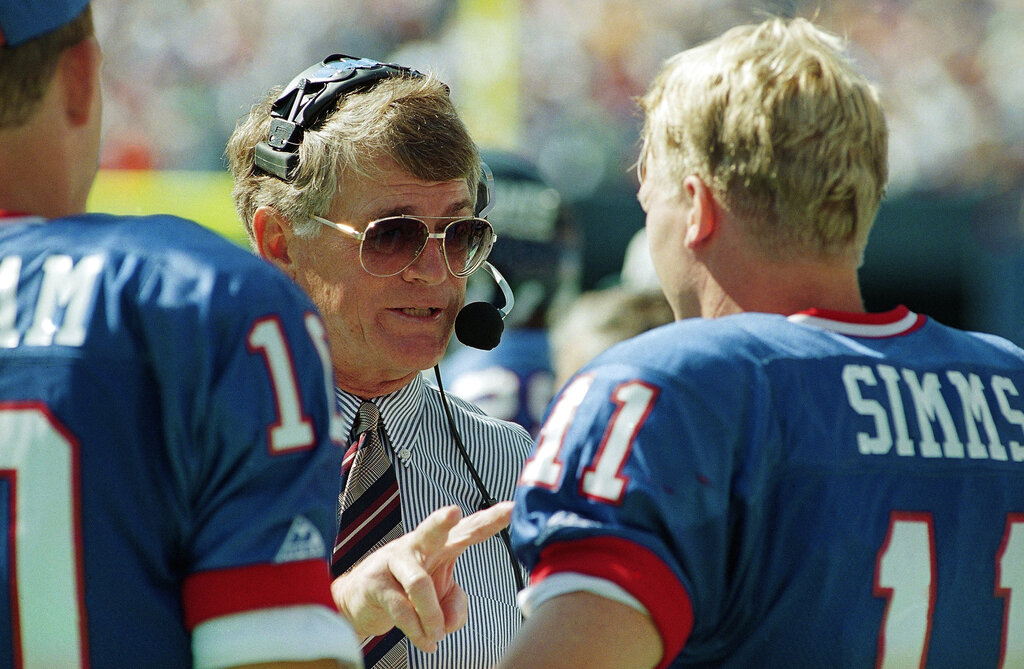 ATLANTA (AP) – Dan Reeves, who won a Super Bowl as a player with the Dallas Cowboys but was best known for a long coaching career highlighted by four more appearances in the title game with the Denver Broncos and Atlanta Falcons, all losses, died Saturday. He was 77.

A statement released by his family through former Falcons media director Aaron Salkin said Reeves died of complications from dementia. The statement said he died “peacefully and surrounded by his loving family in his home in Atlanta.”

“His legacy will continue through his many friends, players and fans as well as the rest of the NFL community,” the family said.

Reeves was a versatile player who played a key role in the Cowboys becoming an NFL powerhouse in the 1960s under Tom Landry, but his own coaching career – spanning three teams and 23 seasons – is where he really put his imprint on the league.

Including a stay with the New York Giants, Reeves achieved a total of 190 coaching victories – the ninth most in NFL history. But he was never able to win the biggest match of all, going 0-4 in the Super Bowl, each of them losing.

Photos: Betty White over the years

Reeves, Marv Levy and Bud Grant are the only coaches to have lost four times in the Super Bowl.

“Dan Reeves leaves a lasting legacy in our game as a player and coach,” said Falcons owner Arthur Blank, who fired Reeves from his last job in 2003. “His track record of success in Dallas, Denver, New York and Atlanta over several decades speak for themselves and mark a long and successful life and career in football. “

Just 37, when he took over as coach of the Broncos in 1981, Reeves built a team around quarterback John Elway, who played three Super Bowl appearances, earned six trips to the playoffs and won five AFC West titles during his 12-year tenure. .

After a bitter parting with the Broncos, which led to accusations that Elway was collaborating with offensive coordinator and Reeves successor Mike Shanahan to force a change, Reeves moved to New York to coach the Giants in 1993.

He led New York to the playoffs in his first season, but that would be his only postseason appearance with the Giants. He was fired after four seasons, but quickly caught on in 1997 with the Falcons, a kind of homecoming for the native Georgia.

In just its second season with a franchise that had experienced little success, Reeves guided a team known as the “Dirty Birds” to a 14-2 record in the regular season and their first trip to the Super Bowl.

Reeves came up again for a championship and lost to Shanahan, Elway and the Broncos 34-19.

Reeves constructed a trade that brought Michael Vick to the Falcons and got his last playoff appearance in 2002, when Atlanta became the first road team to win a playoff game in Green Bay.

But Vick was injured during the 2003 preseason and Reeves was fired after the team won just three of its first 13 games.

See how cities celebrated the start of 2022

Reeves remained in Atlanta after his retirement, and especially served as an adviser to Georgia State when it launched a football program that now plays in the Sun Belt Conference.

Daniel Edward Reeves was born in Rome, Georgia, but grew up in the Americus in the southwestern part of the state, where he played football, basketball, and baseball in high school.

Reeves played collegiately in South Carolina, where he was a three-year starter as a quarterback from 1962-64 and also played baseball for the Gamecocks.

Better known as a runner than a passer, Reeves was not drafted after college. He signed a free agent deal with the Cowboys, which initially wanted him to play safety, but ended up moving him to run back.

Reeves emerged as one of the team’s key players, just as the Cowboys were establishing themselves as the successful franchise that would become known as America’s team.

He started all 14 games at halftime in 1966 and led the Cowboys in rushing with 757 yards and eight touchdowns. Dallas played its first playoff appearance, but lost to the Green Bay Packers in a 34-27 shootout for the NFL Championship, missing out on a chance to play in the first Super Bowl.

The following season, Reeves rushed after 603 yards and five TDs and restarted every game as the Cowboys ran another run to the playoffs. Again, they were thwarted by Green Bay a win outside the Super Bowl, where they lost to the Packers on a touchdown in the final seconds of the famous “Ice Bowl” game at the cold Lambeau Field.

A knee injury in 1968 limited his efficiency, and Reeves played only a limited role for the rest of his career. But Landry recognized his abilities and asked Reeves to serve as a player-coach, while running backs like Duane Thomas and Calvin Hill took on more prominent backfield roles.

The Cowboys made their first Super Bowl of the 1970 season and lost to the Baltimore Colts on a last-second field goal, but finally won the championship the following year with a 24-3 victory over the Miami Dolphins.

Reeves retired as a player after the 1972 season, when he became a full-time assistant on Landry’s staff.