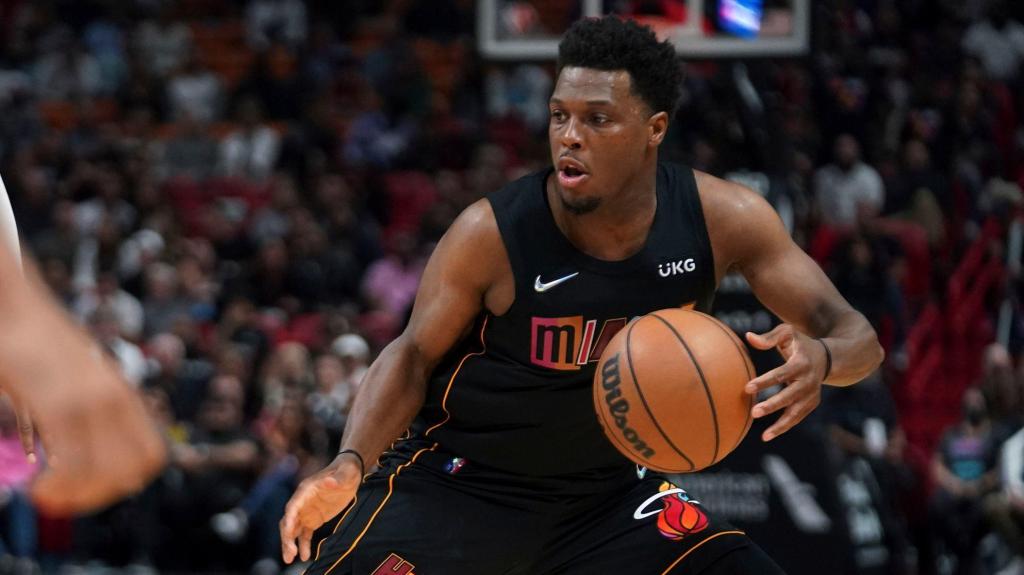 Jimmy Butler was the recruiter and, frankly, the henchman behind the plot.

But he also maintains a respect for who came before and even those alongside assisting in the assists.

So as he sat alongside Kyle Lowry late Wednesday night at TD Garden, reveling in one of the Miami Heat’s most impressive victories of the season, he took time to measure his words.

“I miss Goran like hell,” Butler said of former Heat point guard Goran Dragic. “I like handling the ball. Tyler [Herro] likes handling the ball. But having a guy like Kyle just telling everybody where to go, knowing how to get everybody the ball, he can read when people want that ball. Yes, we needed Kyle Lowry. ”

It’s why Butler was so emphatic about the Heat chasing Lowry last summer in NBA free agency, even at the cost of Dragic, with whom he had grown especially close.

And it was about more than Lowry being the godfather of Butler’s daughter. It was about moments such as this, the 106-98 victory over the Boston Celtics fueled by Lowry’s 23 points, eight assists and six 3-pointers.

“I think having like a real-life point guard, that’s a pass-first guy, who as of late says, ‘screw pass first, I’m gonna score first,’ is good,” Butler said with a smile.

“He’s a special point guard, a real point guard,” Strus said, “somebody who knows the game so well, somebody that I’ve honestly never seen it before, how smart he is, how he knows how to take advantage and sees things before they even happen.

“Kyle’s been huge for us and really closed the game for us tonight and made big plays down the stretch and kept us solid through it all.”

For years, the Heat have wandered through contention and even championships with point guards who were many things, from scorers to shooters to attacking presences, but not as innate in their playmaking as Lowry. It has been more than a decade since Heat playmakers such as Jason Williams and Tim Hardaway.

“Kyle,” coach Erik Spoelstra said, “that’s just a great luxury to have, a Hall of Fame point guard who can choreograph your offense.

“He just has a great mind for competition and for how to impact winning.”

It is an element that Spoelstra all too often had to digest as an opponent, particularly in the seven-game 2016 Eastern Conference semifinals the Heat lost to Lowry’s Toronto Raptors.

“Look, we’ve been on the other side of it,” said Spoelstra, whose team is idle until Saturday night’s game against the Chicago Bulls at the United Center on this three-game trip that concludes Sunday with Lowry’s return to Toronto. “There’s many years that I just really did not like Kyle Lowry, because he was such a thorn in our side. Going back to ’16, when we really thought we had a chance to go to the conference finals, and he was just brilliant. As that series got deeper, the better he played in clutch moments. ”

Lowry scored 36 and 35 in the final two games of that series.

“And you can not define it by an analytic or a number or a play call,” Spoelstra said of Lowry’s moxie. “He just knows how to make winning plays.”

And, lately, when to step up, showing far more of an offensive bent as the April 16 start of the NBA playoffs approach.

“I’m shooting more. I’m shooting ’em, just making’ em, ”Lowry said, with Wednesday’s six 3-pointers tying his season high. “Just getting ready to prepare for the moments that I know it’s going to be big for us, and just playing.

“All season, I’ve been passing first, and lately I’ve been looking for my shot a little bit more. But the job is easy when you understand what you’re doing and you’re confident in what you’re doing. For me, just playing, just trying to make winning basketball plays, that’s all that really matters. ”