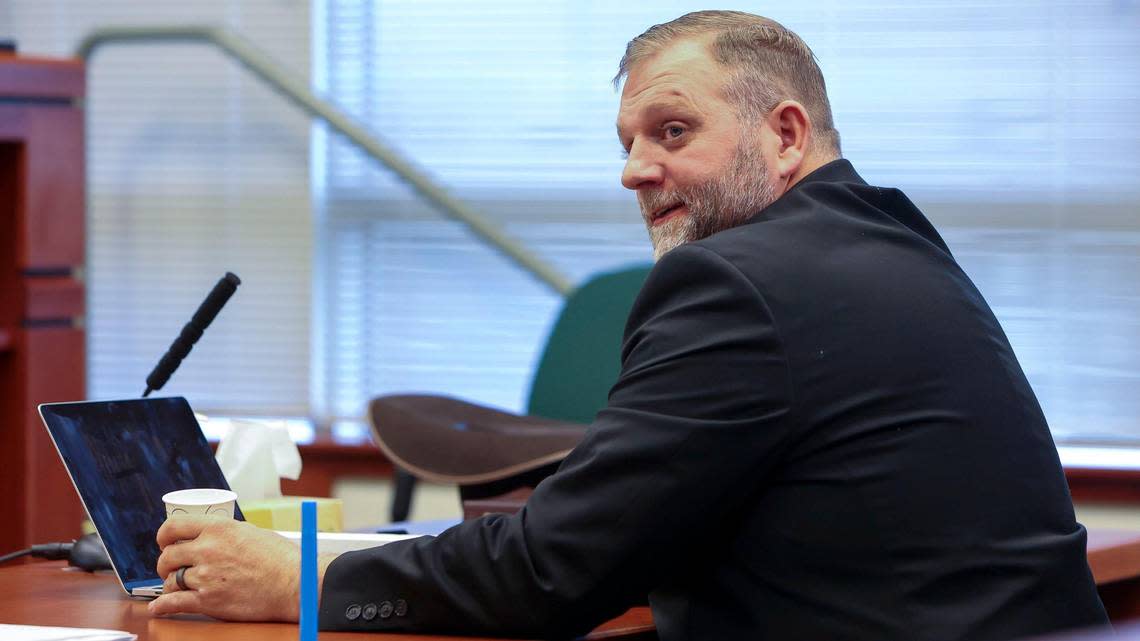 On Thursday, someone finally held him accountable.

Bundy, who is running for Idaho governor as an independent, was found guilty Thursday of contempt of court and was sentenced to 10 days in jail and ordered to pay a $ 3,000 fine.

He has refused to complete 40 hours of community service related to a July 2021 conviction of trespassing at the state Capitol. Bundy had argued – laughably – that his stops made during his gubernatorial campaign satisfy his court-mandated community service.

It was a welcome sign to see an unapologetic, disruptive, perpetual lawbreaker be given a proper punishment

Really, it just comes down to Bundy’s belief that the rules do not apply to him.

It’s part of a long-standing, well-documented pattern with Bundy.

He and his family participated in an armed standoff against federal agents when the Bundy family refused to pay grazing fees on federal land in Nevada.

And then, coming to the rescue of two arsonist ranchers in Oregon who were duly prosecuted and convicted, Bundy led an armed temper tantrum takeover of the Malheur National Wildlife Refuge, which eventually ended in the death of one of the protesters.

Bundy, now of Emmett, Idaho, has led anti-mask protests, caused the shutdown of a high school football game over a mask mandate, violently forced his way into a Southwest District Health board meeting, led an unruly mob into the Idaho House chambers that resulted in the smashing of a glass door, subsequently got banned from the state Capitol building for disrupting a committee hearing, returned only to be taken into custody for trespassing and unceremoniously wheeled away in an office chair by state troopers.

For his flouting of the law, he was given an easy sentence for his past convictions, and he could not even be bothered to complete that easy sentence.

We can only hope that his 10 days in jail will help him reflect on how to be a more positive member of society.

But that’s probably too much to ask from a man with such a deep sense of entitlement.

Camera footage from an Idaho State Police trooper’s vehicle showed Bundy immediately after his arrest in April speaking directly to a state trooper.

“I’ll come after you – each one of you personally,” Bundy said in the video. “You know, I’ll do it. I’ll find out where your homes are … I’ll get all those things. I’ll find out. ” He added he would come for them legally.

If history is any indication, we suspect Bundy will sic his followers on the judges, lawyers and police officers, perhaps even the court deputies, ordering his protesters to their homes to shout, threaten and hurl obscenities in yet another temper tantrum because Bundy broke the rules and does not want to accept the consequences of his actions, like anyone else who would be in his position.

And if his “followers,” who wear the same cloak of anarchy that he does, decide to protest improperly and cause a ruckus over this, we can only hope there is room in the cell beside Bundy.