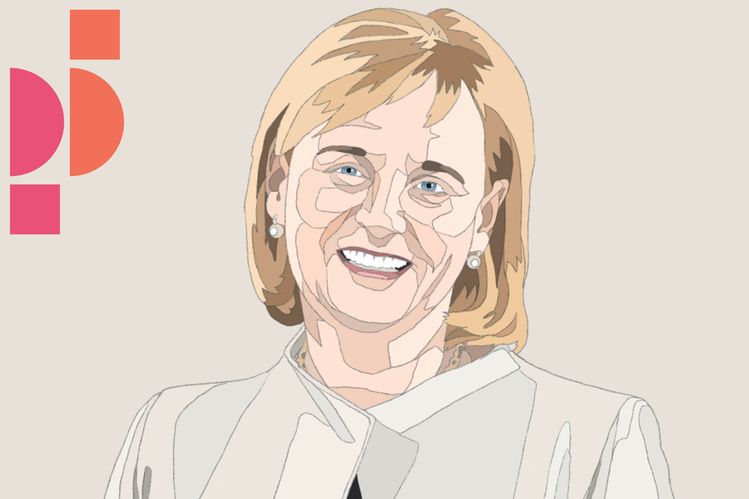 As part of our 25th anniversary celebrations, Financial News has profiled 25 of the most influential figures in the City over the past quarter of a century. Here’s why Amanda Blanc made the cut.

As one of just eight female CEOs in the FTSE 100, and head of a financial services firm that can boast having hit gender diversity targets for its senior ranks, Amanda Blanc is blazing a trail for women in business who have ambitions to make it to the top.

Blanc took over at the helm of the UK’s largest insurer Aviva in July 2020. She has since repositioned it, pulling out of various markets, including selling its businesses in France, Vietnam and Italy, and scaling back its underperforming investment arm. It will focus instead on core businesses in the UK, Canada and Ireland.

Aviva is one of the few signatories to the Women in Finance Charter to reach its goal of 30% female representation in its senior team.

“Amanda is having a significant impact at the UK’s largest insurer, Aviva, whilst also making a substantial contribution to the UK insurance industry and to society more widely,” said Jeff Tijssen, global head of fintech at Bain & Co.

Nearly a year following the Aviva appointment, Blanc was named as the UK Treasury’s new Women in Finance champion in March 2021. At the time, she tweeted: “If we can create working environments where there are no career barriers for talented women and unlock their full potential – surely that’s a win for everyone in UK plc. It’s an honor to take on this role for @hmtreasury #WomenInFinance ”.

Blanc has long been a powerful voice in the insurance industry. She was previously chair of the Association of British Insurers and president of the Chartered Insurance Institute.

With 30 years’ experience in the sector, prior to joining Aviva, Blanc was head of Emea and global banking at Zurich Insurance, and before that she spent seven years at AXA in various senior roles, latterly as CEO of UK, PPP and Ireland. She also did a stint as group deputy CEO at Towergate Insurance.

She was listed as one of the 100 Most Powerful Women by Forbes last year, putting her among the likes of Kamala Harris, Christine Lagarde, Oprah Winfrey and the Queen. She has also featured on Financial News‘own list of Most Influential Women in Finance for the last two years.

A Welsh woman known for her love of rugby, Blanc is chair of the Professional Rugby Board and the board of the Welsh Rugby Union, although she plans to step down from the roles once a replacement is found.

Now CEO of Aviva, Blanc was chair of the Association of British Insurers and Chartered Insurance Institute president.

For more from our 25th anniversary special, just click here.

To contact the author of this story with feedback or news, email Clare Dickinson