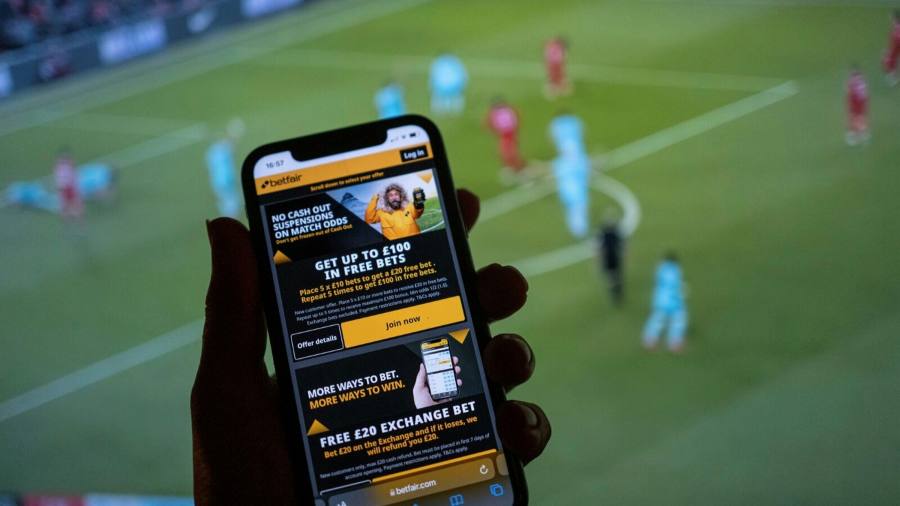 Two of the UK’s biggest gambling companies said that their first-half revenues had been hit by the implementation of safer gambling initiatives, ahead of long-awaited reforms to gaming laws.

Flutter, which owns Paddy Power, Sky Bet and Betfair, said on Friday that UK revenues fell by 4 per cent in the six months to June 30, compared with the same period last year. Online gambling company 888 said half-year revenues from its UK business were down 25 per cent year on year to £120.8mn.

Both operators said revenues in the UK, one of their main markets, were hit by efforts to tackle problem gambling, along with a fall in user activity compared with last year when the UK was subject to Covid-19 restrictions.

But Flutter shrugged off the impact on its UK business, as its US subsidiary FanDuel, which now controls around half of the US sports betting market, reported positive earnings before interest, taxation, depreciation and amortization of $22mn (£18.1mn) for the first time in the second quarter.

Flutter’s group revenues — around a third of which come from its US brands including FanDuel — were up 11 per cent to nearly £3.4bn in the six months to June 30.

Safer gambling measures in the UK cost Flutter £48mn in the first half of the year, with the group implementing £10 limits on online slot machine stakes as well as introducing mandatory deposit limits for all customers under 25. Rival 888 has put in place similar measures.

Last month, proposals to reform UK gambling laws were delayed for the fourth time after Boris Johnson was ousted as UK prime minister. The package of measures could include maximum stakes for online casinos, a ban on VIP packages for problem gamblers and restrictions on gambling sponsorship on football shirts.

Despite fears over a consumer spending slowdown in the UK, the group expects to return to revenue growth in its home market in the second half of the year.

“The US is on a real growth trajectory but the rest of the world is still growing very nicely,” added Jackson.

Analysts at Davy Research wrote that Flutter’s performance showed “no sign of any consumer slowdown” with an uptick in revenue from the UK and Ireland towards the end of the second quarter. Flutter’s strong trading performance in the US was “most eye-catching” as revenues might end up 25 per cent higher than forecast, they added.

Itai Pazner, 888’s chief executive, said the group’s fall in revenue “primarily reflects market conditions in the UK”. 888’s group-wide revenues were down 12.1 per cent to £332.1mn in the six months to June 30.

“However, we believe the proactive actions we have taken to increase player protections and drive higher standards of player safety have put the group in an even stronger position for the future,” added Pazner.