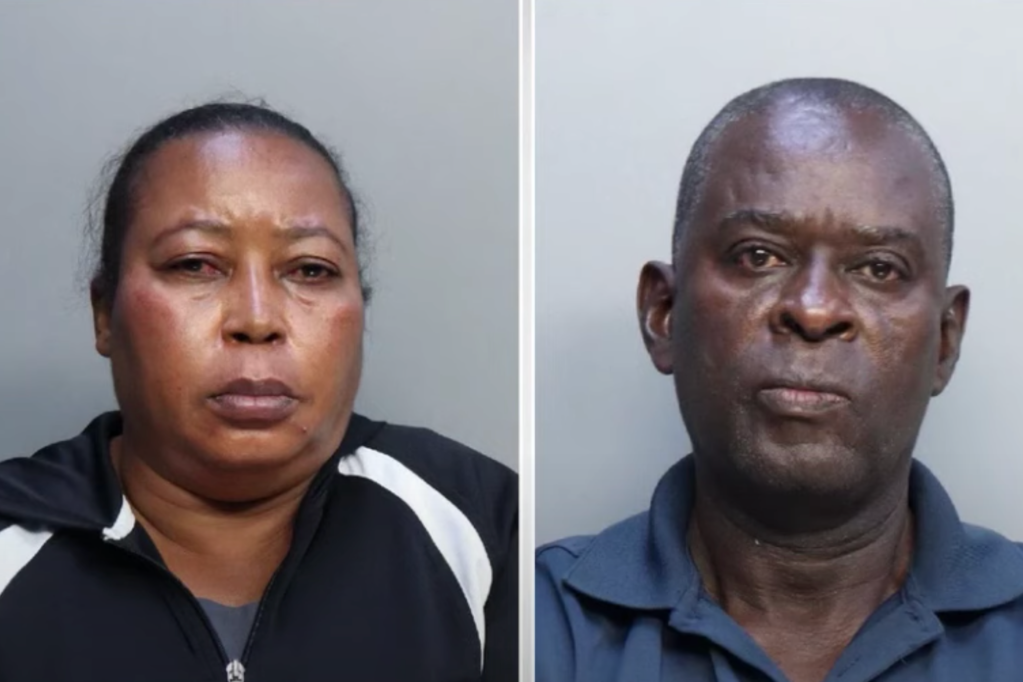 A Florida man was handcuffed and tortured over three days by two people who tried to force him to admit infidelity, authorities said.

Marie Dorsainvil, 51, and Occius Dorsainvil, 56, are now facing kidnapping and attempted murder after they forced the man to drink bleach and threatened him that if he went to the toilet he would have to eat it or be killed.

That was not how the two suspects were related.

The three days of hell began in December when Marie asked the victim for a trip to her apartment, police told WTVJ. She reportedly invited the victim upstairs, but he declined, insisting that both he and Dorsainvil were married. She reportedly told the victim that her husband was away in Haiti and they went in together.

While the victim was sitting on the couch, Occius allegedly walked into the apartment with a gun. He threatened the victim and tied his hands and feet together with a chord, police said.

The duo forced him to record a statement admitting he was having an affair with the suspect’s wife.

They allegedly told their hostage that if he went to the toilet, they would get him to eat it. If he refused, they said they would shoot him, police said.

On his second day in captivity, the victim was offered food but refused to eat – fearing it would make him go to the toilet, according to police. Chains were added to his bindings and the suspects demanded $ 50,000 in cash as well as the title to his car, the television station reported.

On the third day, police said the kidnappers forced the victim to take a shower with weapons and then drive with them in his car to a place where they would set him free.

Before letting him go, the couple allegedly forced him to drink from a container filled with bleach and Haitian rum, from which he fainted.

When he woke up half an hour later minutes later, he reportedly ran for help.

Police said they tracked down and arrested the suspects who confessed to the crimes.

The couple appeared in a Miami-Dade courtroom Friday, according to WTVJ.