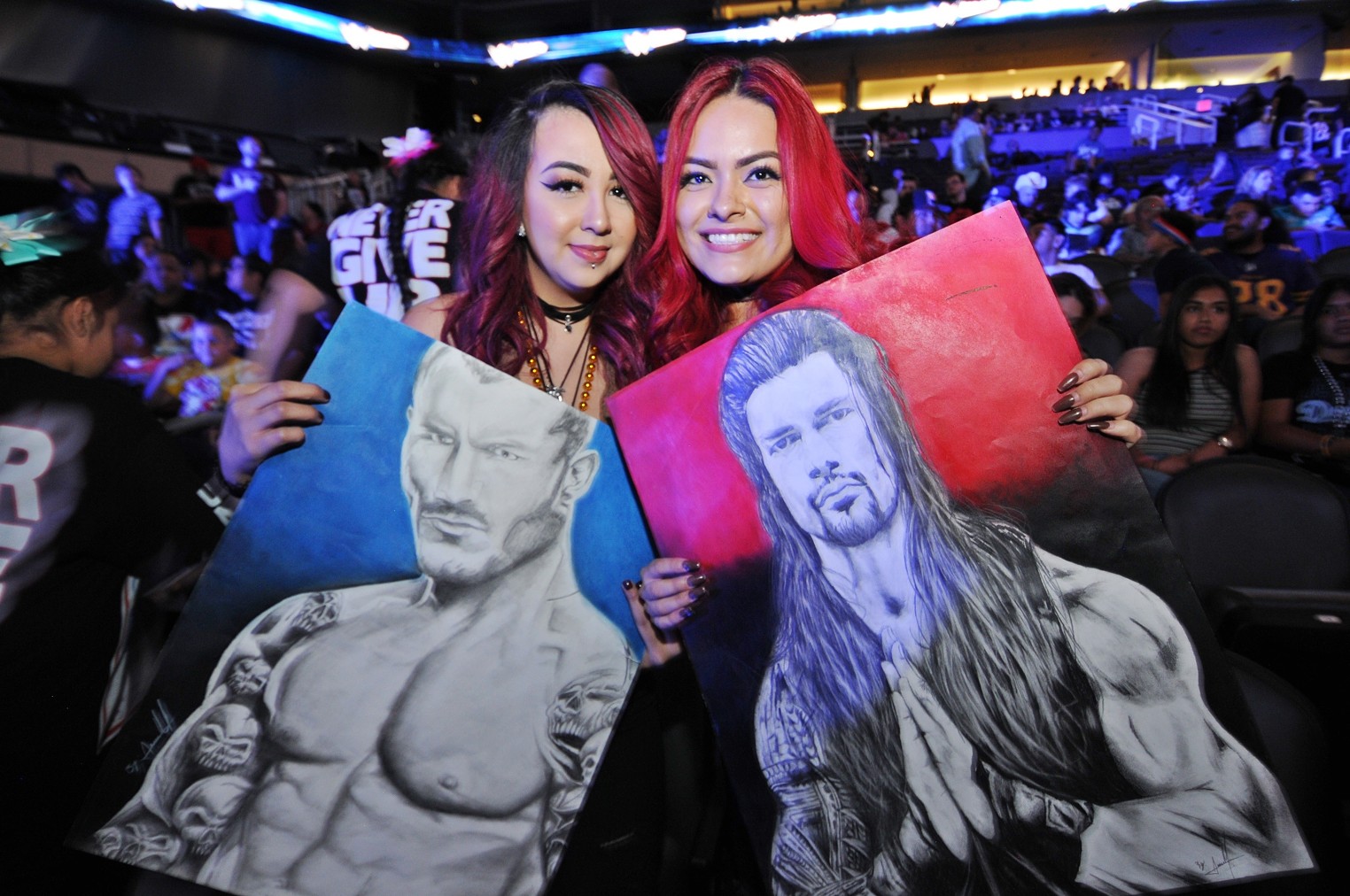 It may be Fourth of July weekend, but there’s more to do in the Valley than see fireworks, eat barbecue, or attend pool parties. You can also check out the work of local artists at the latest First Friday, catch a stand-up comedy set by Saturday Night Live alum Kevin Nealon, or experience the rope opera of the WWE. Details about each of these events are below.

Pro wrestling geeks from across the Valley will flock to Footprint Center when the WWE’s Friday Night Smackdown broadcasts its latest episode at the arena. It’s likely to be an action-packed affair, as it’s taking place days before the WWE’s Money in the Bank pay-per-view this weekend. Ongoing storylines will get their final developments prior to the big event and superstars like Drew McIntyreDrew McIntyre, Jimmy and Jey Uso, Ricochet, and Shayna Baszler are all scheduled to appear. The rope opera dramatics start at 4:45 pm and tickets are $ 20 to $ 75. Benjamin Leatherman

Say the name Kevin Nealon to most folks and they’ll likely think of his nine-season stint on Saturday Night Live and any of the memorable characters he portrayed (including Mr. Subliminal, Franz, or Frank Gannon PIPI). Or his appearances in multiple Adam Sandler films or his longtime role as Doug Wilson on Weeds. Things is, Nealon is also a prolific and talented stand-up comic who fills his sets with the same sort of wry humor and dry wit he dispensed with aplomb on SNL. This weekend, the actor and comedian will take the stage at Tempe during a two-night stint. Performances are at 7 and 9:45 pm on Friday and 7 and 9:30 pm on Saturday. Tickets are $ 30 plus a two-drink minimum. Benjamin Leatherman

You want to go do karaoke. You want to hang out at one of the hipper venues in town. These goals do not always align, but they will on Saturday night when Crescent Ballroom presents Robbie’s Karaoke Dance Party. Robbie Pfeffer of Playboy Manbaby / TikTok fame will host the event and present an evening of low-key karaoke fun in the venue’s lounge. The list of more than 200 song options will be available in a binder at the event and special guests from the local music scene will be featured. Karaoke gets going at 10 pm There’s no cost to attend, but you’ve got to be 21 or over to show up. Jennifer Goldberg

The entrance to Tempe Beach Park.

Tempe’s annual Independence Day celebration is making a return after a three-year absence, albeit with a couple of changes. Instead of fireworks, this year’s event will feature a choreographed sequence of “fire flooms” arranged across Tempe Town Lake that will create a “dazzling display” set to music. The event is free to the public and will also include kids’ activities, food and drink vendors, and a performance by Rock Lobster. Hours are from 6 to 10 pm Admission is free and more info is available here. Benjamin Leatherman

The crowds at the monthly First Friday art walk tend to be lighter from June to September, owing to (you guessed it) the sweltering summertime heat. One of the upshots of the situation is that fewer people allow for easier viewing of all the art on display. And July’s First Friday will have plenty of fantastic art to see. One of the highlights will be Pete Petrisko’s SHINY HAPPY PHX ART at Bud’s Glass Joint (1301 Grand Avenue), which features photographs of 100 one-inch-tall gold and silver figurines posed in spots around downtown Phoenix. Other noteworthy shows include mixed media artist and photographer Shorty Greene’s Love Don’t Speak Like That at Eye Lounge (419 East Roosevelt Street), Michael Farmer’s Technology Will Save Us All at Alwun House (1204 East Roosevelt Street), and the subconscious-themed Daydreaming group exhibition at Modified Arts (407 East Roosevelt Street). Hours vary and admission is free. Benjamin Leatherman