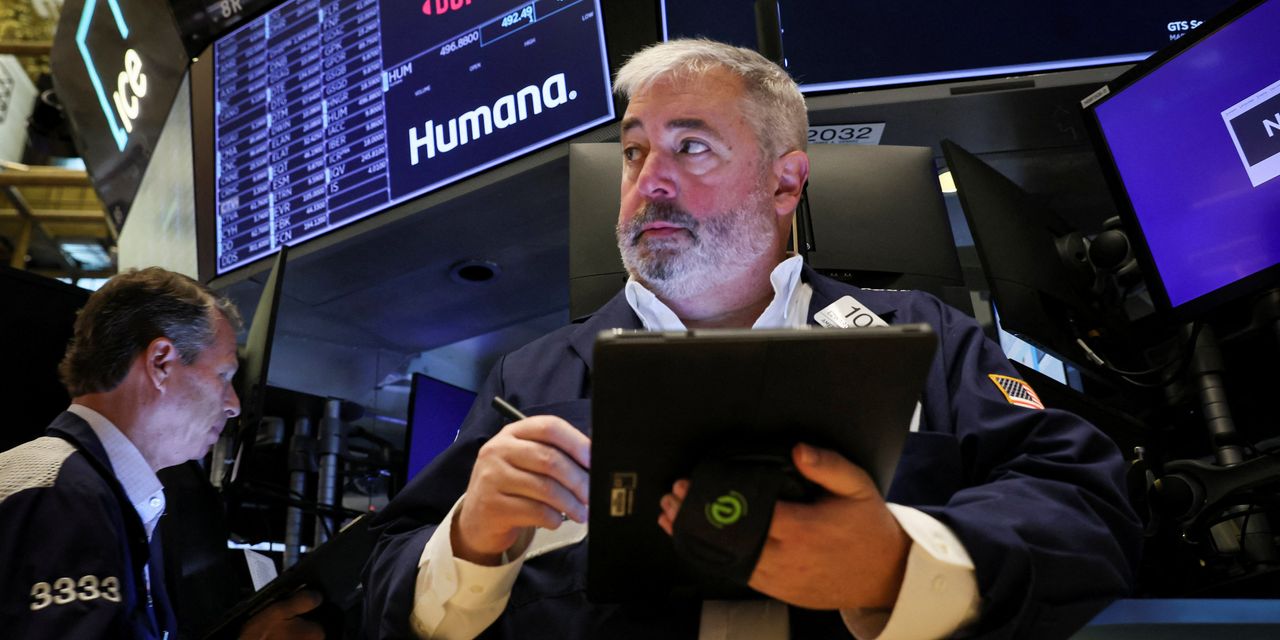 I’m naturally a contrarian, looking for opportunities to take the opposite side of conventional wisdom. But right now it is hard, because the market itself seems to be the contrarian, acting directly against the prevailing Wall Street opinion.

The basic story as I see it is that an overheated economy is pushing up inflation, a hot jobs market is pushing up wages, and the Federal Reserve plans to cool things down by raising rates towards 4% and holding them there for a year.

Wall Street strategists and major investors broadly agree. For example, the median forecast for 10-year bond yields next year in a Philadelphia Fed survey of professional investors is 3.4%, far above today’s 2.8%. The median forecast for core inflation (stripping out volatile food and energy costs) next year remains the highest since the Philly Fed started asking the question in 2007, and well above the Fed’s 2% target.

The markets disagree. The last two months’ rally in bonds and stocks—even putting the Nasdaq back into bull market territory—rests on a lot of people being wrong. Treasurys and interest-rate futures are priced for the Fed to raise rates smartly then cut them back quickly next year. Stocks and corporate bonds are delighted at the prospect of lower rates in the long run and expect it to happen without a nasty recession that shakes policy makers.

Here are the five things the contrarian market seems to believe:

1. Inflation is transitory. Just as the Fed argued for much of last year, repaired supply chains and the post-pandemic shift of demand will mostly bring price rises under control, with a few more rate rises this year finishing the job.

2. The Fed realizes this in time. After being burned by its belief in transitory inflation last year, the Fed has laid out an expected path of interest rates under which rates would remain high next year. The market thinks the Fed will change course at the end of this year and instead cut rates rapidly as inflation drops back towards target, perhaps accepting higher inflation for a while.

3. The jobs market cools enough to slow wage rises. Wage gains are far above what’s compatible with 2% inflation, so have to come down under this scenario. That means less demand for workers and probably a rise in unemployment.

5. Lake consumer spending rises in real terms. The bull case that stocks and corporate bonds are pricing requires the combination of low unemployment and wage rises to allow spending to rise faster than inflation even after pandemic savings run out. But not so much faster that it hits capacity constraints and accelerates inflation.

The first assumption is the hardest to believe, and where the market is contrary to much of what Wall Street’s commentators—and me—have been saying. It’s true that many of the supply problems that pushed inflation up so high are being at least partially resolved, with transport costs plunging, microchips more widely available and commodity prices falling fast. The New York Fed’s index of global supply chain pressure has dropped back to the lowest since the start of last year, while demand shifts brought on by the pandemic are returning to normal. Prices of some of the things that sudden demand had pushed up the fastest this year, such as airline fares and hotels, actually fell last month.

All of that will help, but it is also clear that the economy was overheated, with more jobs than workers to fill them. The case for risky assets rests on the expectation that a few rate rises will be enough to cool things down. It also relies on the Fed recognizing this in time, and cutting rates to avoid pushing the economy into a nasty recession.

Such a soft landing is possible, and some data indicate the economy is weakening. But also possible is a continued overheat that leads the Fed to keep on hiking and force a recession, something the Bank of England admits it will have to do for the UK Plausible, too, is that the Fed does what it says and proves unwilling to cut rates fast, or at all, next year. The economy has been exceptionally volatile in the wake of the pandemic, creating massive uncertainty. Yet both stocks and Treasurys are betting on a narrow path that works out for them.

I like to be contrarian, and it’s uncomfortable to agree with the bulk of Wall Street economists, given the poor record of the consensus forecast. Yet, there’s no margin of safety in this market. With so much uncertainty, investors should want more security than usual.