First Trailer for Animated Comedy ‘The Amazing Maurice’ About a Cat

First Trailer for Animated Comedy ‘The Amazing Maurice’ About a Cat

“Smells like a…” “a mystery.” Viva Pictures in the US has revealed a new 30-sec trailer, which we can also feature with the full-length Sky Cinema UK trailer, for this animated movie arriving soon. The Amazing Maurice was just announced as a premiere at the 2023 Sundance Film Festival in the “Kids” section, and it first premiered at the Manchester Animation Festival in the UK just last month. This story follows Maurice, a goofy streetwise cat, who has the perfect money-making scam involving a group of talking rats that he has befriended. When Maurice and the rodents reach the town of Bad Blintz, they encounter Malicia and their con runs into some other trouble. Featuring the voices of Hugh Laurie, Emilia Clarke, Himesh Patel, Gemma Arterton, David Thewlis, Joe Sugg, Ariyon Bakare, Rob Brydon, plus Hugh Bonneville. As a Sundance premiere, this has to be much better than it seems at first glance. It might be worth a watch.

Here’s the official trailers (+ poster) for Genkel & Westermann’s The Amazing Maurice, from YouTube: 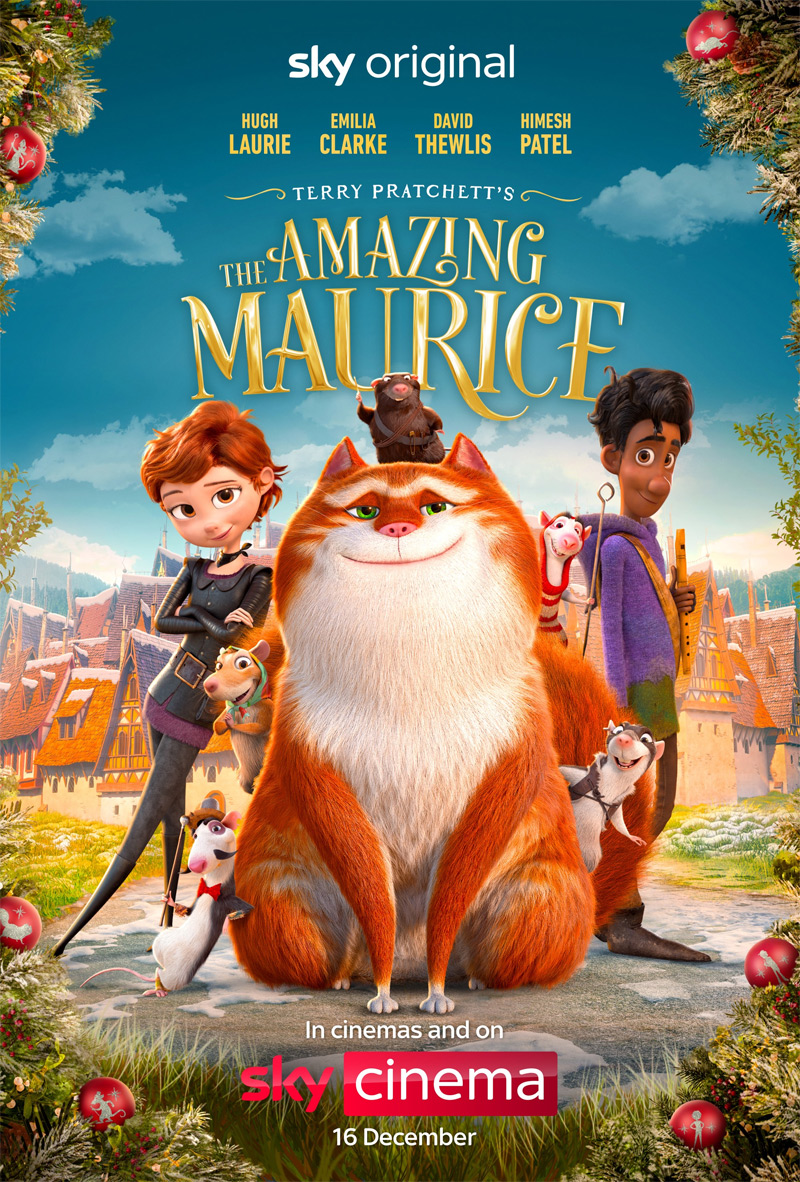 Maurice is a streetwise ginger cat who comes up with a money-making scam by befriending a group of talking rats. When Maurice and the rodents reach the stricken town of Bad Blintz, they meet a bookworm named Malicia and their little con soon goes down the drain. The Amazing Maurice, also known as Der Erstaunliche Maurice or Maurice der Kater in German, is co-directed by German animation filmmakers Toby Genkel (director of Kommando Störtebeker, Two Times Lotte, Thor: Legend of Magical Hammer, Ooops! Noah Is Gone, Little Bird’s Big Adventure, Yakari, The Ogglies) & Florian Westermann (making his directorial debut after work as a compositing supervisor / visual effects artist), making their first film together. The screenplay is written by Terry Rossio, adapted from the book by Terry Pratchett. The film is set to open in early 2023 in most of Europe, and it will screen at the 2023 Sundance Film Festival. Viva Pictures will debut The Amazing Maurice in theaters on February 3rd, 2023 this winter. Look any good?

What pre-existing conditions mean to your insurance coverage