“In a city of millions, no one hears you scream.” Paramount has revealed the first look teaser trailer for Scream VI, the follow-up sequel to this year’s Scream (also known as Scream 5) – the return of this iconic horror franchise. Following the latest Ghostface killings, the four young survivors leave Woodsboro behind and start a fresh chapter. This one brings the mayhem to New York City, as a new killer pops up in this city wreaking havoc. Exciting to see them go this big! In Scream VI, Melissa Barrera, Jasmin Savoy Brown, Mason Gooding, Jenna Ortega, Hayden Panettiere, and Courteney Cox return to their roles in the franchise alongside Jack Champion, Henry Czerny, Liana Liberato, Dermot Mulroney, Devyn Nekoda, Tony Revolori, Josh Segarra, and Samara Weaving. There’s not much to this teaser, but it’s a nice intro to the next sequel. I like the way the knife slashes into the logo to turn it into the “VI” at the end. 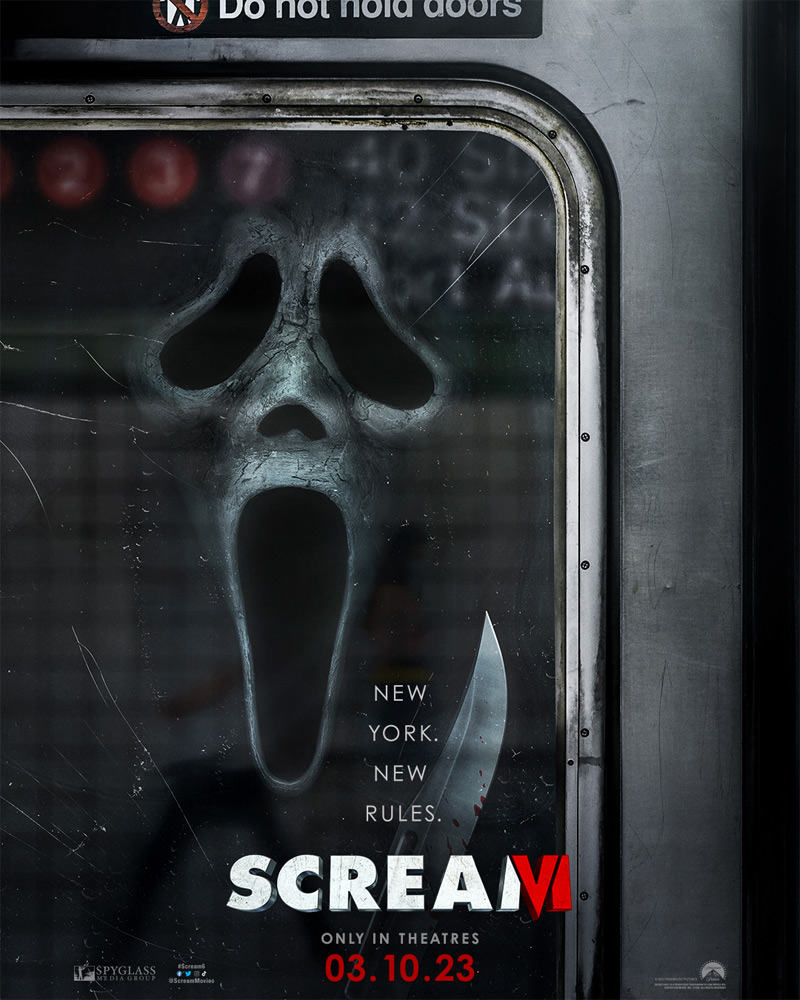 This continues with the survivors of the latest Ghostface killings, sisters Samantha and Tara Carpenter and twins Chad and Mindy Meeks, leaving Woodsboro behind and starting a new chapter of their lives in New York City only to again be plagued by a streak of murders by a new Ghostface killer. Scream VI, also known as Scream 6, is co-directed by filmmakers Matt Bettinelli-Olpin & Tyler Gillett (also known as “Radio Silence”), directors of the films Devil’s Due, Ready or Not, Scream 5 (2022), and many short films, plus segments in the anthology horror V/H/S and Southbound. The screenplay is written by Guy Busick and James Vanderbilt. It’s produced by Paul Neinstein, William Sherak, and James Vanderbilt. Paramount will debut Scream VI in theaters exclusively starting on March 10th, 2023 coming up soon. First impression?