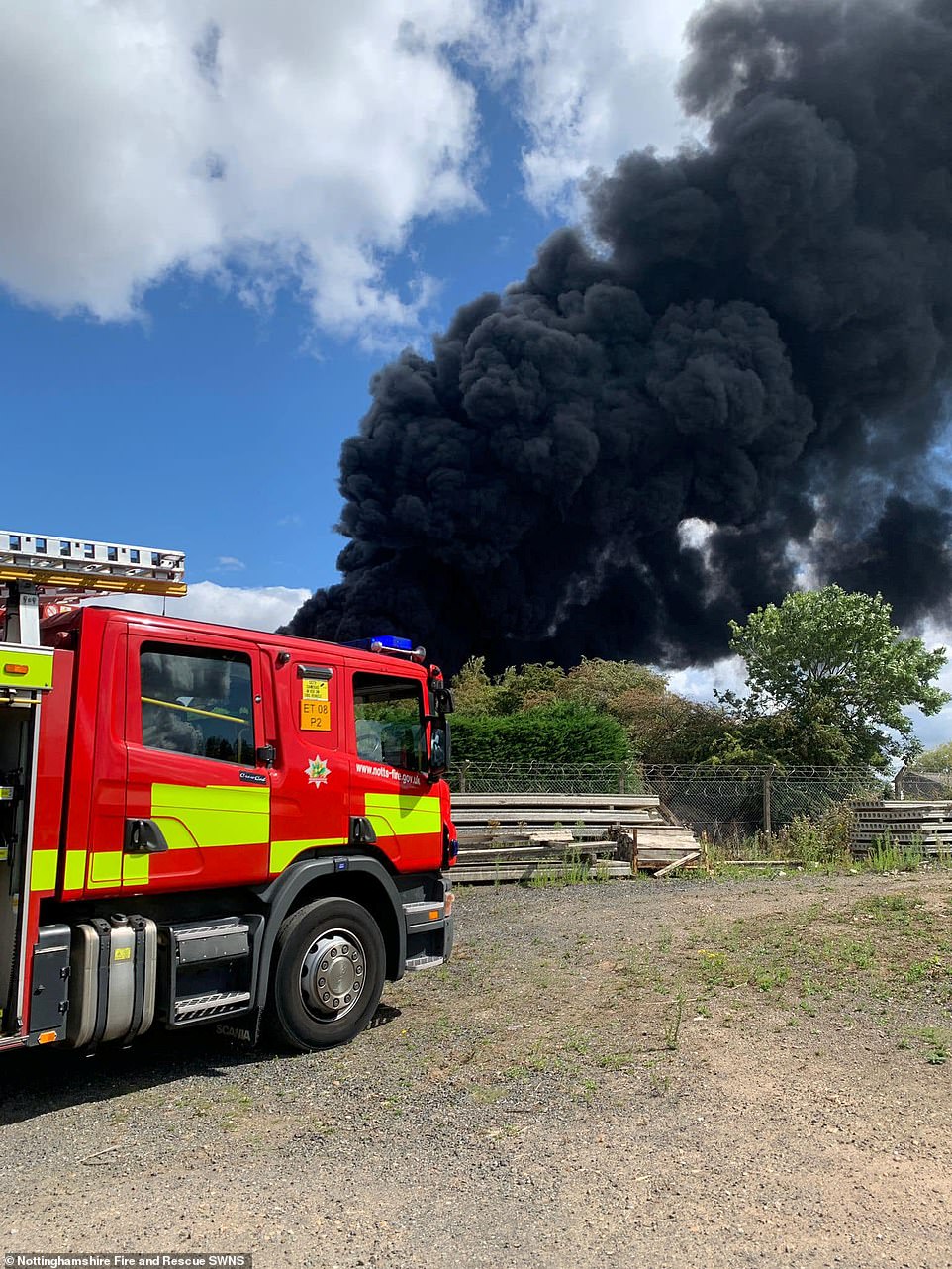 By Alastair Lockhart For Mailonline

Firefighters are battling a burning tower of a thousand tires on an industrial site, where a huge column of smoke can be seen for miles around.

Ten crews from three different departments battled the blaze in an isolated location in Ranskill, Nottinghamshire at 10.23am this morning.

Nottinghamshire Fire and Rescue Service said two people who were staying at the site were treated for smoke inhalation.

Firefighters warned others to ‘stay away’ from the scene after receiving reports that ‘crowds’ had gathered to watch the inferno and huge smokestack rising from the tire pile.

Ten crews from three different fire and rescue departments battled the blaze in an isolated location in Ranskill, Nottinghamshire at 10.23am this morning (August 5)

The raging fire could be seen from the A1(M) road, near Doncaster, South Yorkshire and even further afield

Shocking photos taken at the site showed four teams trying to control the raging fire, which could be seen from the A1(M) road, near Doncaster, South Yorkshire.

A spokesperson from Nottinghamshire Fire and Rescue Service said: ‘We were called at 10.23am to a fire on an industrial site in Ranskill.

‘Around 1000 tires are on fire and a large black smoke plume can be seen from surrounding areas.

‘Crews continue to tackle the fire in Ranskill. We are being assisted by Derbyshire, South Yorkshire, and Lincolnshire Fire and Rescue Services.

‘Two people who were staying on site are being treated by EMAS for smoke inhalation.

‘There have been reports of a number of people gathering at the scene, please stay aware from the area and allow our crews to resolve this incident safely.’