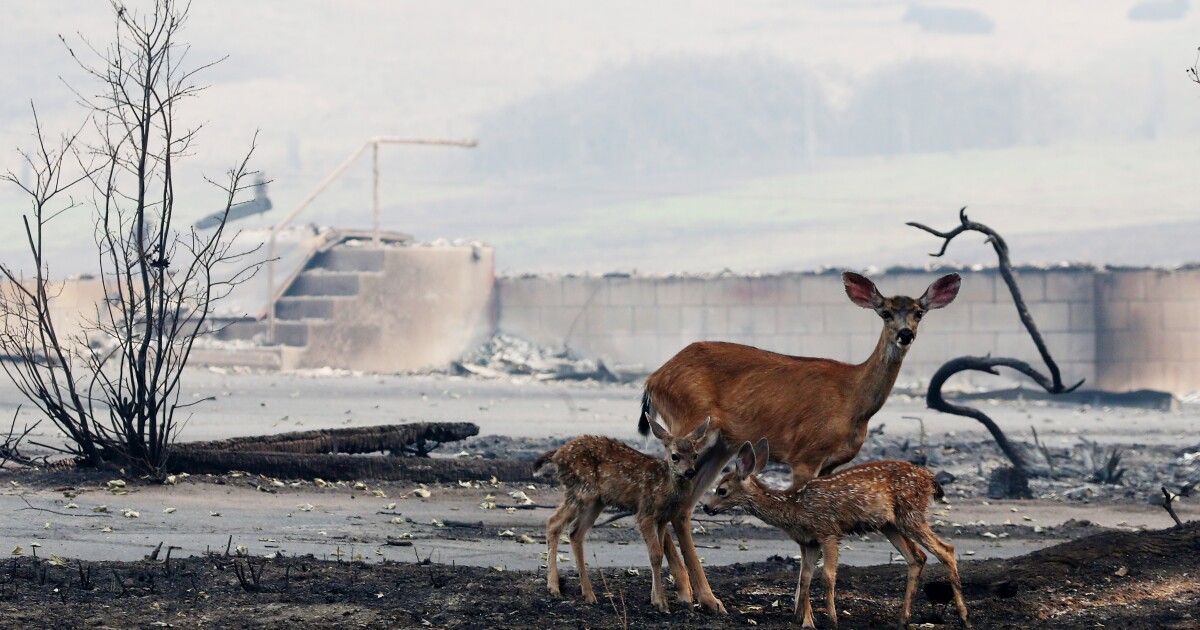 Firefighters in California’s northern forests continued containment Sunday over the massive and deadly McKinney fire in Siskiyou County, but as temperatures headed higher, another large blaze was burning nearby.

The Six Rivers fire, burning more than 16,900 acres in Trinity and Humboldt counties, was just 15% contained Sunday, according to fire officials.

Meanwhile, another blaze in Yosemite National Park, the Red four, started in the backcountry on Aug. 4 and was estimated that 250 acres Sunday morning, officials said.

Four officials were braced for a week of blistering heat, as many parts of the state are forecast to wither on multiple days of triple-digit temperatures. “Hot, dry, and windy conditions are increasing, which also increases the potential for new starts,” officials noted in an update on the McKinney fire posted Sunday.

“We’re always mindful of the weather, and the change of” conditions, said Cal Fire spokesman Capt. Chris Bruno. “So the increased temperature is a factor.”

Still, as of Sunday, the McKinney fire, which claimed the lives of four people, remained 95% contained after burning 60,000 acres. Some evacuation orders had been lifted, but many others remained in effect particularly around Highway 96.