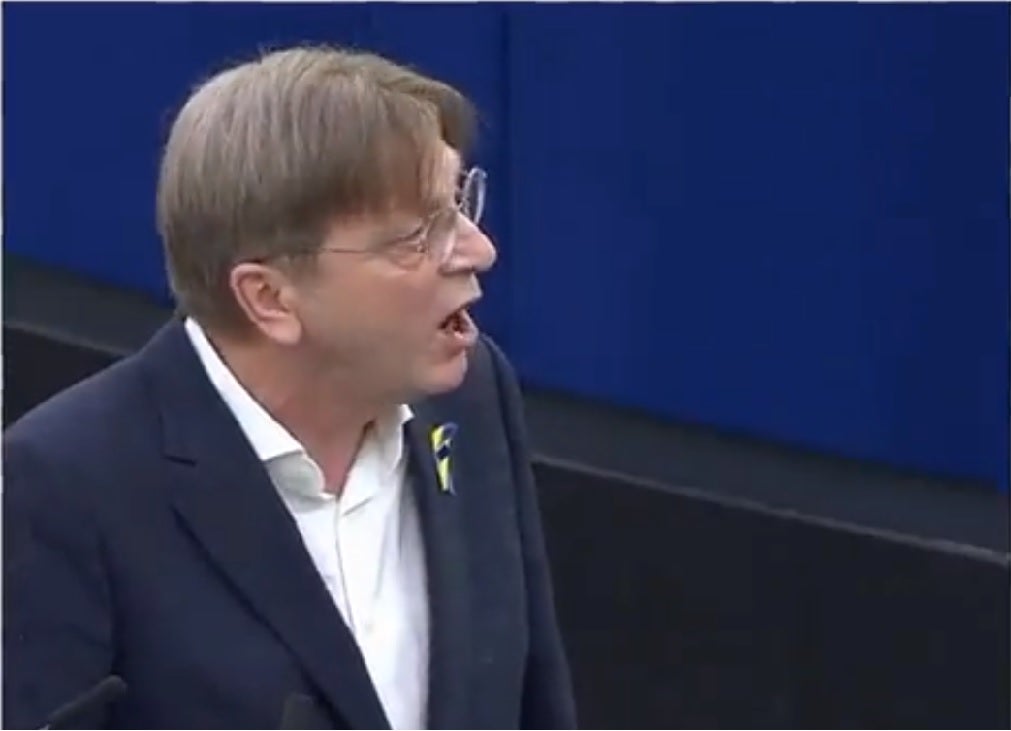 A European official criticized the continent’s sanctions plan for Russia and urged his colleagues to do more ahead of a vote that supported “full” sanctions over the invasion of Ukraine.

Member of European Parliament (MEP) Guy Verhofstadt on Wednesday slammed the governing body’s “ridiculous” approach, which he said “does not work” due to the fact Russia is run by an autocrat and the people have “no real” opinion.

He argued that the newest slate hits only a small amount of trade, such as coal, which he claimed only makes up 3% of Russian exports to Europe. He also took aim at attempts to cut off financial access, saying that “half the financial institutions are still outside the ban.”

Verhofstadt’s plea seemingly reached his colleagues, as parliament voted Thursday to support stronger, “full” sanctions against Russia, with 513 votes in favor versus 22 against and 19 abstentions.

The vote supported a full and “immediate” embargo on Russian “oil, coal, nuclear fuel and gas.” MEPs also urged all European leaders to exclude Russia from the G20 and other multilateral organizations, including Interpol, UNESCO and others.

Western allies have attempted to improve their sanctions packages after Russia appeared to resist the initial measures. Initial panic following the implementation of sanctions weakened Russia’s economy as the ruble’s value plummeted.

US, POLAND TO HOLD JOINT MILITARY EXERCISES NEAR UKRAINE BORDER

But Russia seemingly stabilized, thanks to strict limits from its Central Bank on currency exchange, withdrawals and hard-currency transfers that helped to rein in the wild fluctuations that initially spooked officials into shutting down trading on the Moscow Exchange for almost a month.

The UK also announced a heavy raft of new sanctions, including an asset freeze for two major banks, a ban on British investment in Russia and a pledge to end dependency on Russian energy resources by yearend.