Remastered versions of the first three Final Fantasy games have shown up on the ESRB website, indicating that they’re coming to PS4 and Switch.

The entries for Final Fantasy, Final Fantasy II, and Final Fantasy III list the games as “Fantasy Violence, Mild Blood, Mild Language, Suggestive Themes.” The announcement didn’t come with any other information, though all three games have been fully remastered with new visuals and music.

It’s not surprising to see the games coming to PS4 and Switch, as both systems have been incredibly popular lately. The Switch in particular has been a hotbed for JRPGs, with several well-received exclusives like Xenoblade Chronicles 2 and Octopath Traveler.

The three Final Fantasy games being remastered are some of the most influential RPGs of all time, and it’s great to see them being made more accessible to modern audiences. Here’s hoping that this is just the start of a new wave of Final Fantasy remasters! 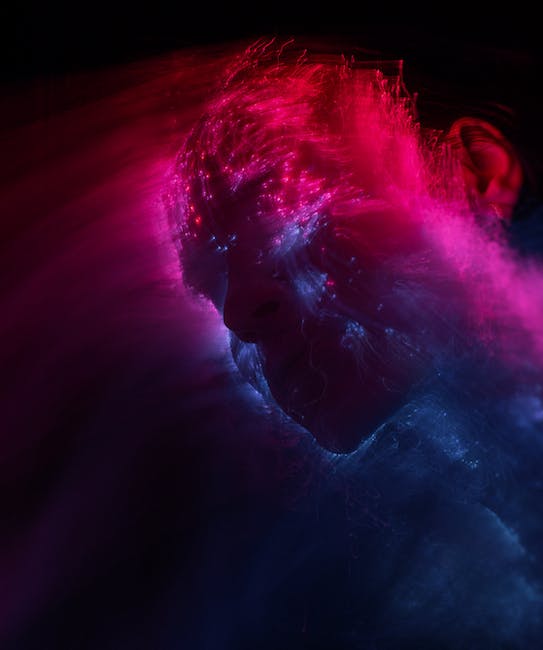 The classic role-playing game series Final Fantasy is getting remastered for the PlayStation 4 and Nintendo Switch, according to a recent rating from the ESRB.

The ESRB’s rating summary for “Final Fantasy VII and IX Digital Editions” mentions that the games are being remastered in HD, and will include ” additional features.” It’s unclear what those additional features might be, but they could possibly include things like trophies or achievements, as seen in other HD remasters.

Both games originally released on the PlayStation 1, with Final Fantasy VII being one of the most popular RPGs of all time. A Switch version of the game was released last year, but it was a port of the mobile version and not the HD remaster.

It’s great to see these classic RPGs getting remastered for modern consoles, and hopefully more information about the games will be revealed soon.

A recent ESRB rating has given credence to the rumours that Sony and Nintendo are remastering classic Final Fantasy titles for release on current gen consoles. The ESRB has rated both a ‘Final Fantasy VII’ and ‘Final Fantasy IX’ Remastered Edition for Sony’s PlayStation 4 and Nintendo’s Switch respectively.

This isn’t the first time that there have been rumours of a Final Fantasy VII remaster. In fact, there have been multiple rumours over the years, with the most recent ones prior to this ESRB rating pointing to a possible release on Sony’s PlayStation 4. However, this is the first time that there has been any indication that Final Fantasy IX might also be getting the same treatment.

Both of these titles are considered to be masterpiece of the JRPG genre and it’s great to see that they might finally be getting the HD treatment that they deserve. No release date has been announced as of yet, but we’ll be sure to keep you updated as soon as we hear more.

It looks like avid Final Fantasy fans will have something to look forward to on Switch and PS4. The ESRB has recently rated two new titles in the series: Final Fantasy VII and Final Fantasy IX. Both games have been remastered with new, updated graphics that make the already-beloved titles look even better. The ESRB has also revealed that these two titles will be released on both Switch and PS4, so no matter which platform you prefer, you’ll be able to enjoy these classics in a whole new way.

Final Fantasy VII and IX are two of the most popular games in the long-running series, and it’s exciting to see them getting the remaster treatment. The updated graphics are sure to be a hit with fans, and it’ll be interesting to see how the games hold up on Switch and PS4. With any luck, these remasters will be the first of many in the series, and we can’t wait to see what’s next.

ESRB, the Entertainment Software Rating Board, has published a new rating for two Final Fantasy titles that appear to be remasters of the original games. The titles in question are Final Fantasy VII and Final Fantasy IX, both of which were originally released on the PlayStation.

There is no word yet on when these remasters will be released, or what features they will include. However, given that ESRB has rated them for the PlayStation 4 and Switch, it is safe to assume that they will be available on both platforms.

This is exciting news for fans of the series, as it means that they will soon be able to revisit these classics in HD. It will be interesting to see howSquare Enix has updated these games for modern audiences.

Stay tuned for more information as it becomes available.

Final Fantasy pixel remasters have shown up in the ESRB database for PS4 and Switch. The entries for both consoles mention that the games are “remasters” of the original Final Fantasy games.

It’s not yet clear if these are the PS1 Classics versions of the games that were released on the PlayStation Network years ago, or if they’re brand new ports. The ESRB website only says that the games have been “modified” for their release on PS4 and Switch.

What is clear, however, is that these aren’t the Final Fantasy VII Remake or the upcoming Final Fantasy XVI. Those games have their own separate ESRB listings.

There’s no word yet on when these remasters will be released, but with ESRB listings now live, it’s likely that an announcement is imminent. We’ll update this story as soon as we know more.

It looks like Final Fantasy fans may have something to look forward to on the PlayStation 4 and Nintendo Switch. The Entertainment Software Rating Board (ESRB) has rated two titles called “Final Fantasy Crystal Chronicles Remastered Edition” and “Final Fantasy VII Remake”.

Although there is no official announcement from Square Enix yet, the ESRB is usually accurate when it comes to rating games that are about to be released. This means that there is a good chance that we will see these remasters sometime in the near future.

The first title, “Final Fantasy Crystal Chronicles Remastered Edition”, is a remaster of the 2003 Gamecube game of the same name. The game was co-developed by Square Enix and Nintendo, and was well-received by fans and critics alike.

The second title, “Final Fantasy VII Remake”, is a remake of the 1997 classic that is considered by many to be one of the best RPGs of all time. The game was originally released on the PlayStation 1, and was later ported to the PC, PlayStation 3, and Xbox 360.

Although there is no word on when these remasters will be released, it is likely that we will see them sometime in the next year or so. In the meantime, fans can enjoy the recent release of “Final Fantasy XV”, which is available now on the PlayStation 4 and Xbox One.

In recent news, the ESRB has rated several classic Final Fantasy titles for release on the Nintendo Switch and PlayStation 4. These titles include FFVII, FFVIII, FFX, and FFX-2. According to the ESRB, these are all “pixel-remastered” versions of the original games.

This rating news comes just a few months after Square Enix announced that they were working on bringing several of their classic titles to the Nintendo Switch. At the time, they had only announced FFVII, but it was widely assumed that they were also working on porting over FFVIII and FFX. Now we know for sure that all three of those titles are on the way, as well as FFX-2.

Still, for fans of the series, it’s great to see these classic titles getting new life on current-gen consoles. And with any luck, we’ll see even more classic Final Fantasy titles make their way to the Switch and PS4 in the future.

The listings don’t provide any new information about the two games, but they do confirm that both titles are being developed for PlayStation 4 and Nintendo Switch.

“Final Fantasy VII Remake” was first announced back in 2015, but development has been slow going. The game was initially slated to release in episodic format, but that plan was later scrapped.

“Final Fantasy XV: Royal Edition” includes all of the game’s post-launch DLC, as well as new content such as a boss rush mode and first-person mode.

It’s unclear when either game will release, but with ESRB listings now live, it seems likely that an announcement could be coming soon.

Several popular classic Final Fantasy titles are being remastered in 8-bit pixel form for the PlayStation 4 and Switch, according to the ESRB.

The remasters include Final Fantasy VII, VIII, and IX, which were originally released on the PlayStation 1. It’s unclear when these remasters will be released, but they’re presumably being developed by Square Enix.

This is good news for fans of classic RPGs, as the 8-bit pixel graphics are certainly a nostalgia-inducing throwback. It’s also worth noting that the Switch has been lacking in RPGs, so these remasters will help fill that gap.

We’ll be sure to keep you updated on when these remasters are released. In the meantime, check out the ESRB listings for more information.

How Web3 is ushering in a new artist-centric era