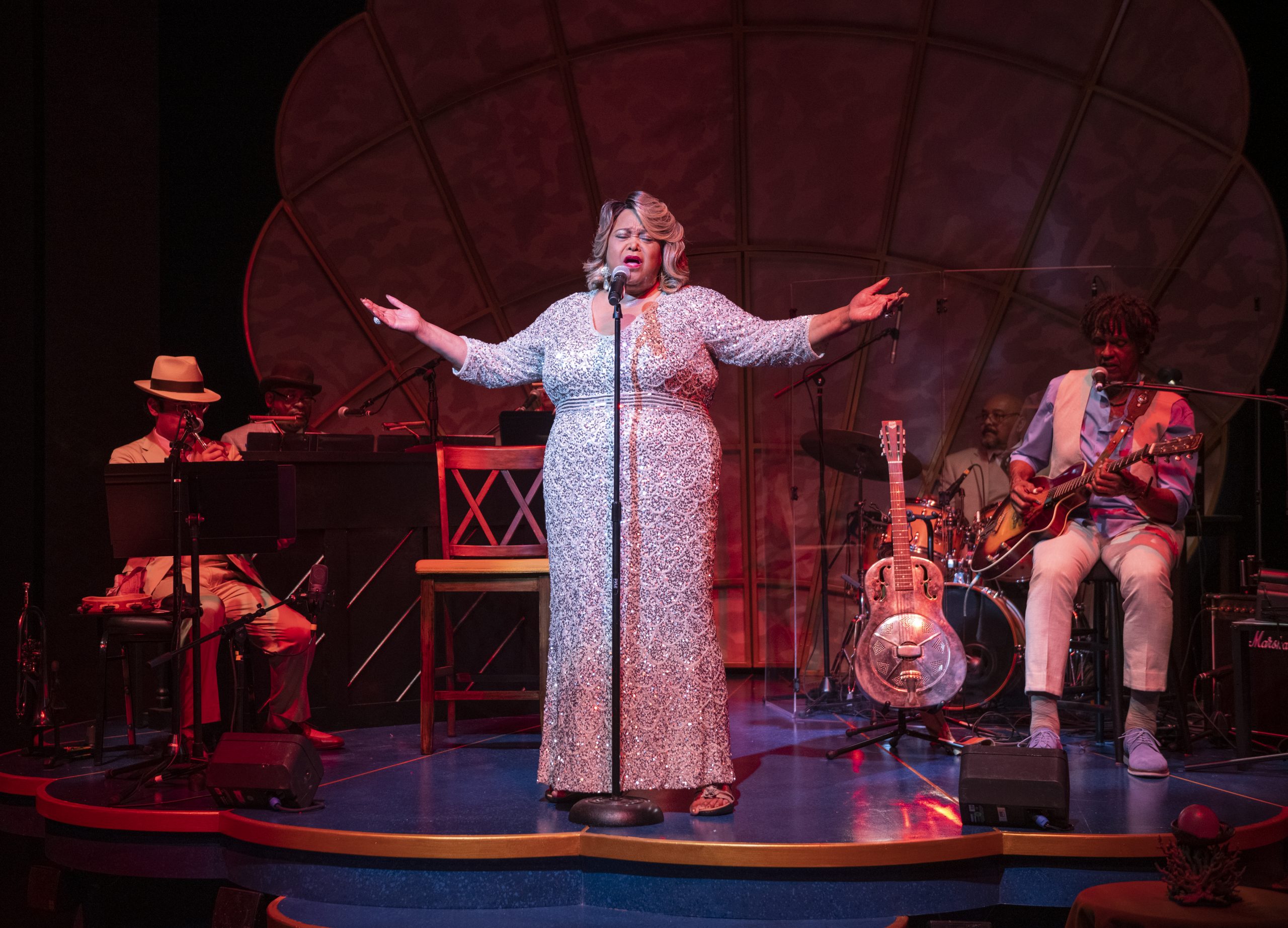 In Pearl’s Rollin ‘With the Blues, Felicia P. Fields gets a showcase for her indomitable vocals. The Tony nominee (for The Color Purple) is a bona fide star in the land of musical theater, her voice an irresistible mix of low-down growling blues and clarion-clear belt. As the titular chanteuse in Writers Theater’s world premiere (directed by Ron OJ Parson), she’s backed by a five-piece band led by Chic Street Man, a star in his own right whose steel-pan guitar can wail and moan in a thousand shades of indigo. Together, they offer an informal concert heavy on audience interaction, storytelling, and instrumental solos.

Fields brings the heat and the sizzle to numbers including “Rough and Ready Man,” but the most powerful parts of the production arrive when Fields tells a deeply personal story about growing up on the south side and being bussed to a high school on the north side — a trek that had her leaving her home while it was still dark in order to make the two buses / one train commute. Getting to school was nothing compared to dealing with the racism she encountered when visiting a white friend’s home after school. The blues plumb the deepest sorrows and illuminate the most sensual aspects of life. Fields puts the entire spectrum into her voice. She’s spent the past 30-plus years showing audiences precisely why she’s a star. When she makes her entrance in Rollin ‘With the Bluesyou know you’re in the presence of greatness, and fortunate to be there indeed.