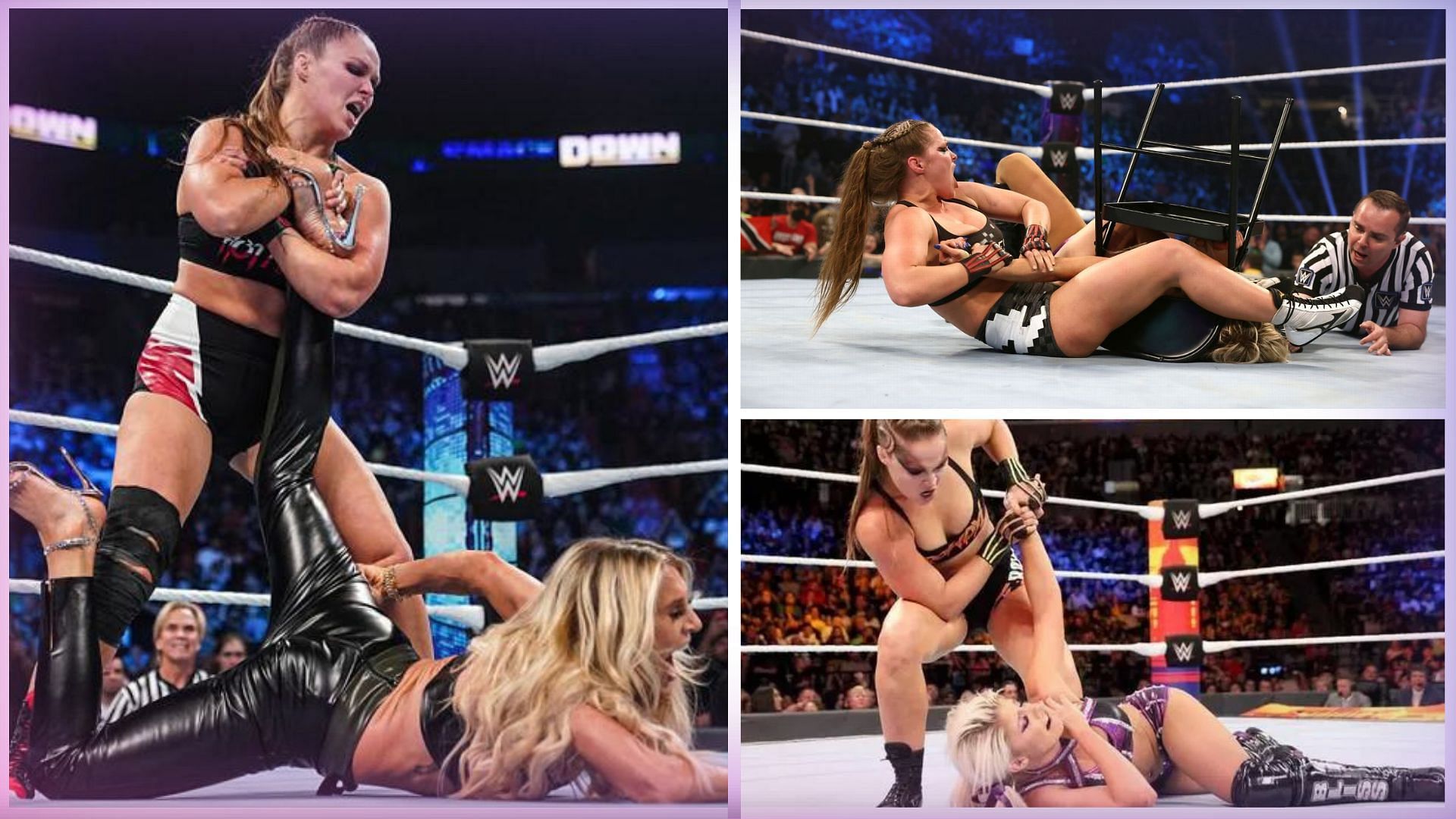 Ahead of WWE SmackDown, Ronda Rousey and her crime partner Shayna Baszler took down Shotzi Blackheart.

Last week Shayna Baszler defeated Emma after a dominant performance. However, she was forced to leave the ring when Shotzi, Raquel Rodriguez, and Emma outnumbered her.

This was a pretty embarrassing spot for The Queen of Spades because she didn’t have the SmackDown Women’s Champion by her side. However, before tonight’s edition of SmackDown, Ronda Rousey and Shayna Baszler served cold revenge on Shotzi.

During a WWE Digital Exclusive, as Cathy Kelly interviewed Legado Del Fantasma in the parking lot, The Baddest Woman on the Planet and her ally, Baszler, injured Shotzi’s hand by smashing it with a car door.

You can check out the footage below:

This wasn’t the first time Rousey and Baszler had blinded and viciously attacked a female superstar.

First, a few weeks ago, Shayna Baszler turned her back on her former tag team partner Natalya and busted open her nose with a running knee.

The following week, the SmackDown Women’s Champion and The Queen of Spades ganged up on Raquel Rodriguez, only to give her a “dislocated elbow” injury.

The former MMA fighters seem to be on a mission to take control and intimidate the female division of WWE.

What do you think of Ronda Rousey and Shayna Baszler’s brutal assault on Shotzi Blackheart? Sound off in the comments section below.