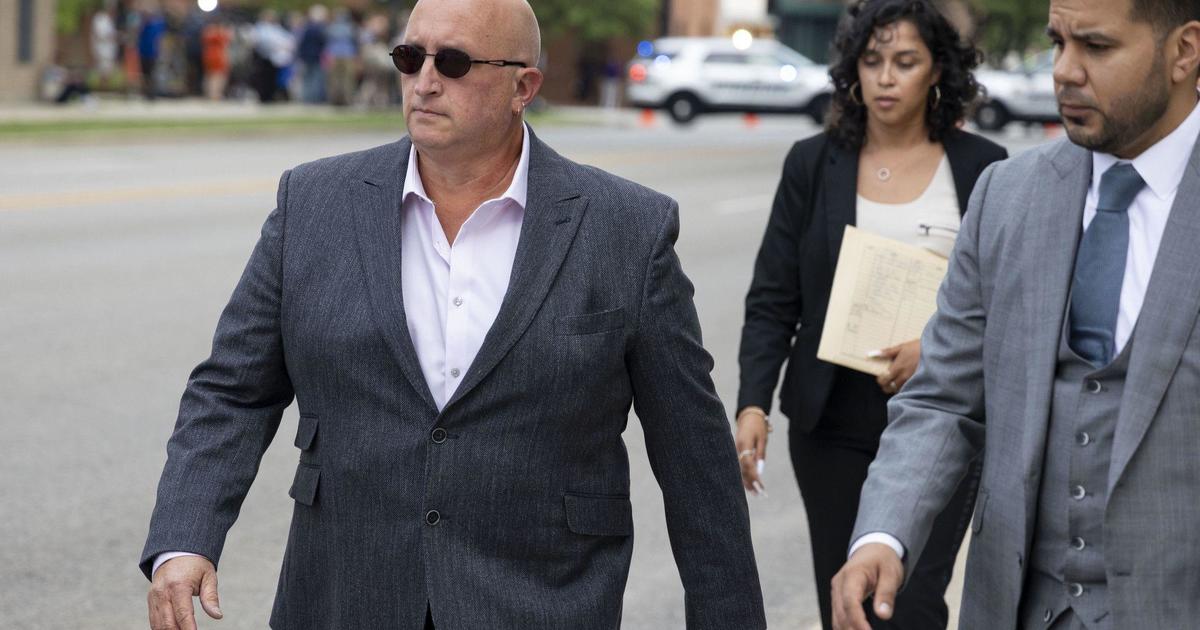 The father of an Illinois man charged with killing seven people in a mass shooting at a July 4 parade in a Chicago suburb has been charged with seven felony counts of reckless conduct, prosecutors announced Friday.

Lake County State’s Attorney Eric Rinehart said Robert Crimo Jr. surrendered to police on Friday and will have a bond hearing Saturday. Rinehart said the charges are based on Crimo sponsoring his then 19-year-old son’s application for a gun license.

“Parents and guardians are in the best position to decide whether their teenagers should have a weapon,” Rinehart said. “In this case, the system failed when Robert Crimo Jr. sponsored his son. He knew what he knew and he signed the form anyway.”

A grand jury in July indicted Robert “Bobby” Crimo III on 21 first-degree murder counts, 48 counts of attempted murder and 48 counts of aggravated battery, representing the seven people killed and dozens wounded in the attack on a beloved holiday event in Highland Park.

Until Friday, Rinehart had refused to discuss whether the man’s parents could face charges connected to the killings. Illinois authorities have previously said Bob Crimo sponsored his son’s application for a gun license in 2019.

In Illinois, 18-, 19-, and 20-year-olds may only obtain a Firearm Owner’s Identification (FOID) card with parental sponsorship, CBS Chicago reports.

Police also have said that Bob Crimo told authorities that knives found in the family’s home belonged to him after another family member reported in September 2019 that the younger Crimo had threatened to “kill everyone” and had a collection of knives.

Legal experts have said it’s rare for an accused shooter’s parent or guardian to face charges — in part because it’s difficult to prove such charges.

In one notable exception, a Michigan prosecutor last year filed involuntary manslaughter charges against the parents of a teen accused of fatally shooting four students at his high school. A January trial date in that case has been delayed while the state appeals court considers an appeal by the parents.

Illinois State Police reported back in July that the suspect passed four background checks in 2020 and 2021, and in the process amassed five firearms. The first weapon was purchased after his father signed the authorization form, state police said.

“There was quite a bit of preplanning that went into it, and he was quite motivated to carry out the attack,” Jogmen said at the time.

Shortage of everything the new force