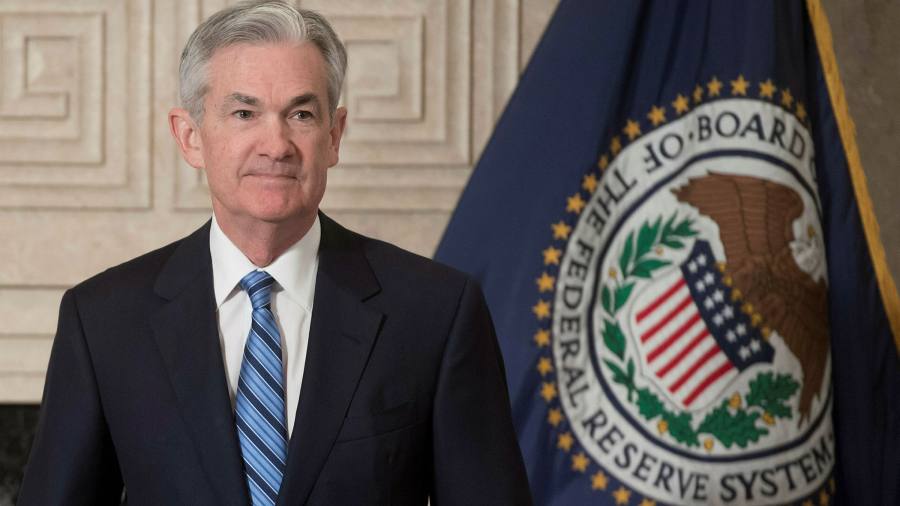 The Federal Reserve is set to start shedding $ 95bn of assets a month from its swollen $ 9tn balance sheet as it steps up efforts to curb soaring inflation in the US.

An account of the Federal Open Market Committee’s last meeting in March showed officials finalizing a plan to reduce the central bank’s presence in US government bond markets, a process that will begin as early as next month.

The Fed’s footprint in debt markets expanded significantly during the pandemic as it hoovered up trillions of dollars of Treasuries and agency mortgage-backed securities in an attempt to stave off an economic cataclysm.

But faced with persistently high inflation, the Fed is now trying to tighten monetary policy, and reducing the size of its balance sheet is the main lever it can pull to cool down the US economy after raising interest rates.

According to the minutes of the March meeting, officials broadly support the Fed increasing the pace at which it pares back its asset holdings over the coming months via a process known as “run-off”, whereby the central bank stops reinvesting proceeds from maturing securities .

Members of the FOMC broadly agreed on monthly caps of about $ 60bn for Treasuries and $ 35bn for agency MBS, phased in over a period of three months or “modestly longer if market conditions warrant”. That amounts to asset reductions of just less than $ 1tn a year.

“The Fed has clearly recognized at this point that they are behind the curve,” said Eric Winograd, an economist at Alliance Bernstein.

Winograd added: “When you’re behind the curve you have to hurry to catch up. They are now hurrying. . . They were increasing the size of the balance sheet four weeks ago. And now four weeks from now they are going to be reducing it. ”

Meanwhile, the minutes showed officials are open to more aggressive rate rises this year to battle rising prices following the Fed’s decision to raise the federal funds rate by a quarter of a percentage point last month – the first increase since 2018.

Many participants said one or more half-point interest rate increases at forthcoming meetings could be appropriate if inflation stays high or intensified.

If the Fed followed through with two such adjustments this year, as markets currently expect, the federal funds rate would reach a “neutral” level that neither speeds up or slows down growth by the end of the year. Officials estimate that rate to be between 2.3 per cent and 2.5 per cent.

The Fed plans to top up its asset reductions by shedding holdings of shorter-dated Treasury bills in months when the amount of longer-dated bonds maturing is below the new caps.

Officials also are considering outright sales of the Fed’s agency MBS holdings once the balance sheet shrinkage is “well under way”. The Fed has previously indicated that it would prefer to have only Treasuries in its portfolio.

Jim Caron, a portfolio manager at Morgan Stanley, said the fact that outright sales of agency MBS sales are being considered “speaks volumes” about the scale of monetary tightening it needs to implement in order to curtail inflation.

The minutes show central bankers want to shrink the balance sheet quickly, and much more swiftly than the previous attempt to shed assets in 2017 after the Fed’s holdings had ballooned due to bond-buying in the wake of the global financial crisis that started in 2008.

Back then, the Fed capped the monthly reduction in its balance sheet at $ 50bn and took a year to reach that pace.

Lael Brainard, a governor who is awaiting Senate confirmation to become the Fed’s next vice-chair, on Tuesday said a “rapid” reduction in the size of the balance sheet was justified given the degree to which inflation is overshooting the central bank’s 2 per cent target and the strength of the labor market.

Jay Powell, Fed chair, has suggested that the expected pace of balance sheet reduction this year is roughly equivalent to a one quarter-point interest rate increase.

In the weeks since the meeting, at which a majority of officials signaled the policy rate should rise to 1.9 per cent by the end of 2022, policymakers have publicly backed an even more hawkish stance.

Mary Daly, president of the San Francisco Fed, told the Financial Times on Friday that the case for a half-point rate increase at the May meeting had grown, echoing a number of her colleagues who have in recent weeks signaled support for a faster and more forceful tightening of monetary policy.