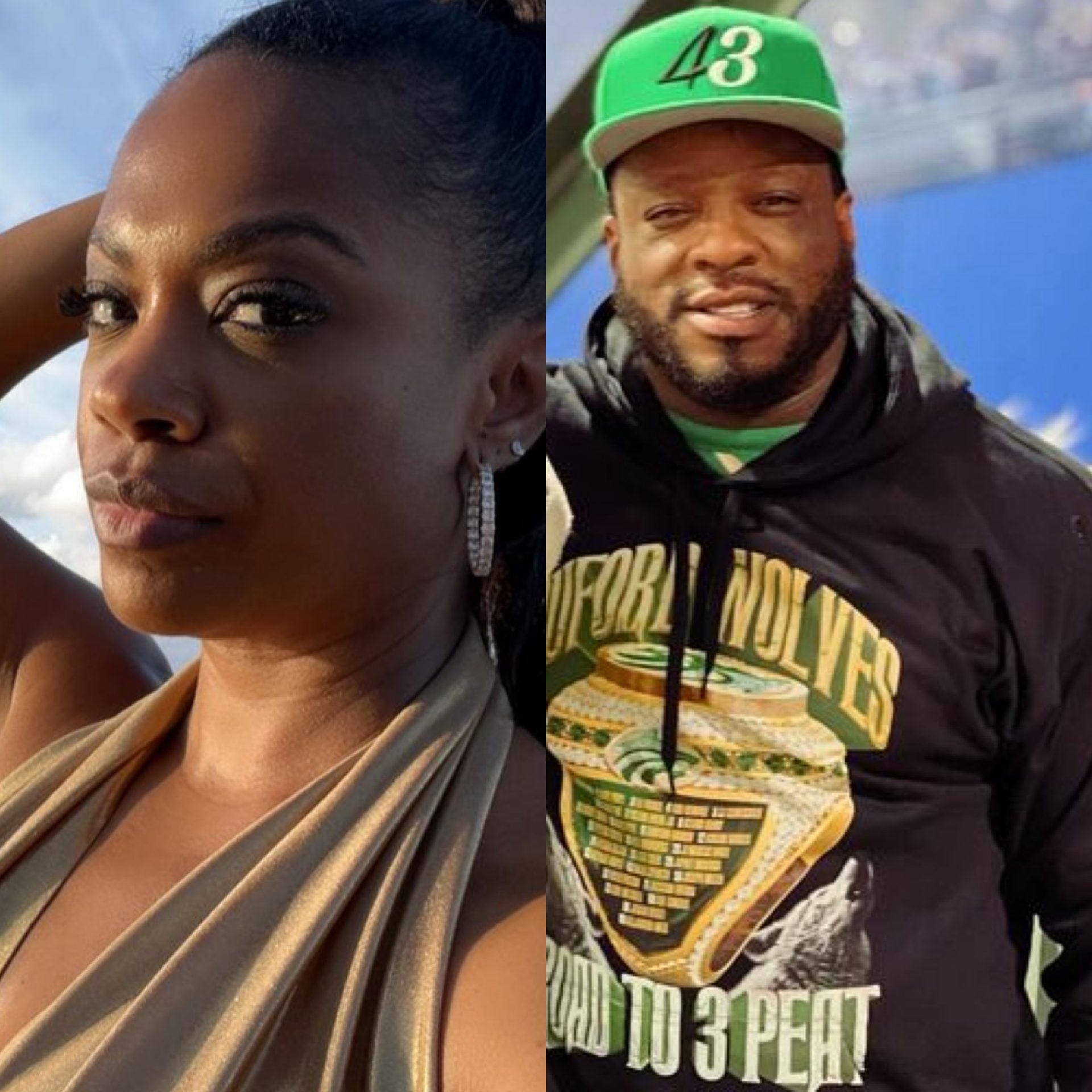 Russell ‘Block’ Spencer, the father of Kandi Burruss’ daughter Riley, recently spoke to Vlad TV about his relationship with his daughter. While discussing her upbringing, Block mentioned Riley being jealous of his other children due to them being raised in the home with him. “Every last one of my kids lives with me from when they were born until they graduate except Kandi’s [daughter]”Block explained.

He continued, “I’ve got an accomplished name, [and I gave my kids who lived with me] a lot of stuff. And I think it’s a lot of jealousy because Riley was not in that situation because her mom put me on child support. ” It’s no secret Riley and her father had a shaky relationship. In multiple seasons of ‘Real Housewives Of Atlanta,’ Kandi discussed the relationship between her daughter and Block.

According to Bravo TV, Kandi revealed that she put Block on child support because their daughter, who is in college, wanted them coins! She tweeted, “Riley wanted it. She said that was her money, and it was owed to her. It’s not like I was going to get new money or something. ” She also responded to another fan, tweeting, “Well, I get what you’re saying, but it’s Riley, and she’s in college, living in NYC. So it’s going to her. Of course, I’m not gonna let her just waste it. ”

Although Block said he has paid off the child support in total, and he and Riley are in a good place, the Roommates had a lot to say about him feeling like he should not have to pay in the first place. Tami Roman stepped into The Shade Room, stating, “The petty in me want Kandi to pop out in 3, 2, 1 BUT the grown woman in me believes she gon say, ‘Chile whatever makes you feel better. New episode of Kandi & The Gang this Sunday. ‘”

Shortly after Kandi responded to Block on her Instagram story. She reposted a quote and wrote, “Don’t BLOCK your blessings by not doing right by your children.”

Roommates, drop a comment and let us know your thoughts!