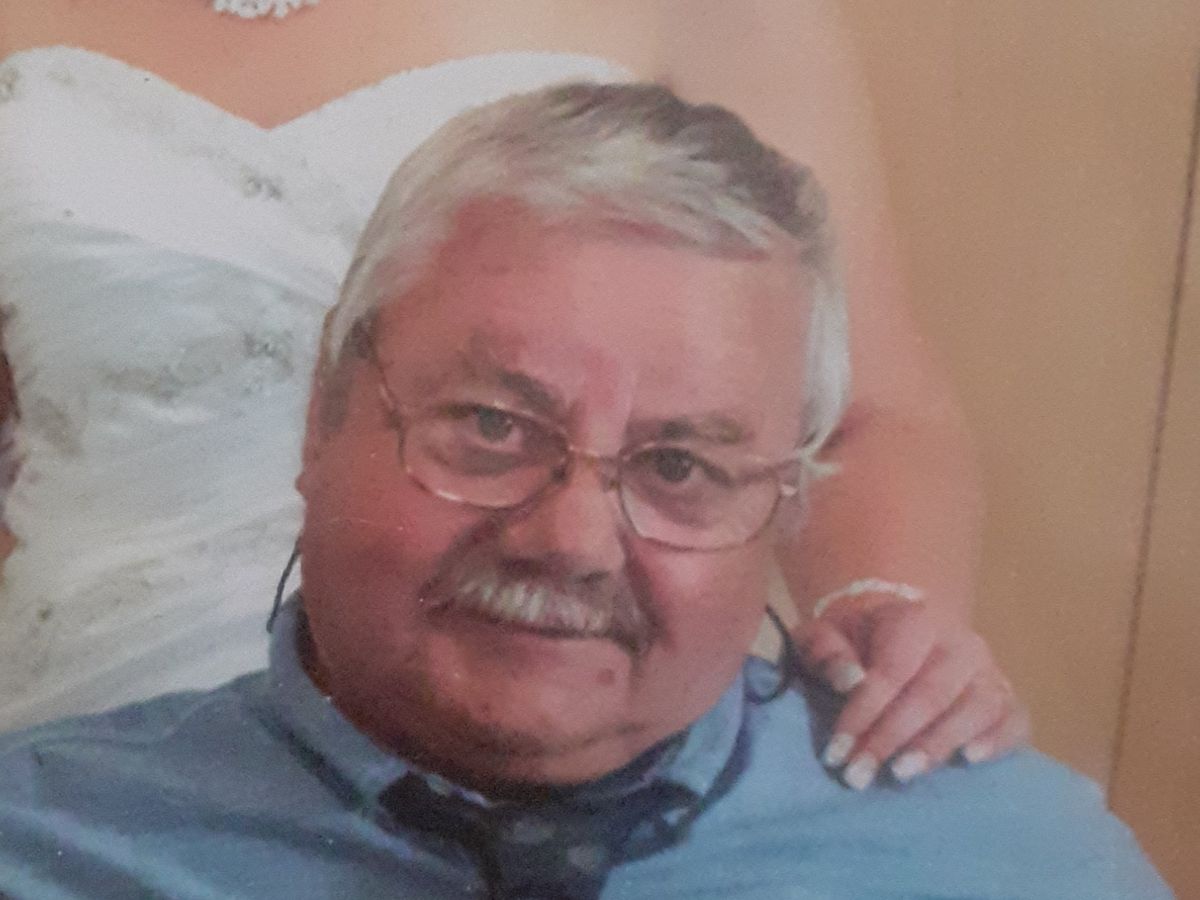 Stephen Larter, 69, known as ‘Joey’ and from Monkmoor in Shrewsbury, is currently being treated at Royal Shrewsbury Hospital after suffering a cardiac arrest.

Mr Larter’s family have revealed how he waited hours for help from the ambulance service while suffering a suspected heart attack – only to have a cardiac arrest when he finally got to hospital.

The incident is the latest in a growing number of cases where county patients have suffered serious harm because ambulance crews have not been able to get to them in time.

Mr Larter’s granddaughter, Kelsie Seale-Finch, 28, said the family had been left devastated by the experience and are praying for his recovery.

Mrs Seale-Finch said the family had been left asking ‘what if’ after they were told it would have been a different outcome if Mr Larter had received help earlier.

It had taken four hours for the ambulance to get to them – with the target for ‘category two’ calls, those to deal with heart attacks, for the service to reach 90 per cent in 40 minutes – and for an average response of 18 minutes .

Mrs Seale-Finch, who lives three doors down from her grandfather, said her grandmother Linda Larter had alerted them to her husband feeling unwell – with double vision and pain in his shoulder blades – at around 6.30pm on Saturday, June 18.

After ringing the emergency number they were told to expect a call back from Shropdoc.

The family finally received a call shortly before 11pm, at which point, due to the description of his worsening condition, they were told to call 999 immediately.

Mrs Seale-Finch said she had made repeated calls to 999 in the four hours, pleading for help, saying his condition had gotten steadily worse, with breathlessness, sickness, and being unable to move.

The family had considered taking Mr Larter to hospital themselves, but he was unable to move.

Mrs Seale-Finch said: “Midnight came and he was just getting worse and worse. He was begging me to ring them back. I rang them, six times I called 999 back. It got to 3.30am and I called them back again, my granddad’s eyes were rolling in the back of his head and he was going in and out of conciousness.

“I told them this and they kept me on the phone and then after 30 minutes they sent a first responder.”

Shortly after an ambulance arrived which took Mr Larter to Royal Shrewsbury Hospital on blue lights, where he then suffered a cardiac arrest.

The family then suffered the horror of being told Mr Larter may not survive, and to get to the hospital as soon as possible.

Fortunately Mr Larter pulled through, but he is currently in intensive care with doctors unable to say if he has suffered lasting damage.

Mrs Seale-Finch said she knew there was a serious problem as soon as she saw her grandfather and he said he wanted her to call for help.

She added: “We are all just devastated. He is the head of the family, he is the one that holds us all together.”

Mrs Seale-Finch said she had put in a formal complaint about the response in an effort to get answers, and in the hope that no other family faces the same ordeal.

She said: “It was so hard to watch. I have been replaying it over in my mind. We do not want another family to have to face the same thing.

“We just want answers about why it took so long and what could have been different.”

The case is the latest in a series of issues facing the ambulance service in the county and the region.

West Midlands Ambulance Service has itself admitted that it cannot get to patients quickly enough and that people are coming to “harm every day”.

Health bosses have outlined a number of issues behind the problems, with ambulances frequently queuing outside hospitals in the county unable to hand patients over because of a lack of space.

It means fewer ambulances on the road to respond to emergencies.

In total 1,130 patients waited more than four hours to be handed over to hospitals by WMAS ambulances in March.

The situation is made worse because of problems finding spaces to discharge healthy patients to in the community, resulting in medically health patients unnecessarily taking up beds in hospitals.

A spokesman for the ambulance service said: “We would like to apologize to Mr Larter and his family for the delayed response.

“The whole of the NHS remains under severe pressure and unfortunately, hospital handover delays mean some patients are waiting longer for an ambulance to come to them than we would want.

“The family have raised their concerns about this incident with the service and we will feed directly back to them once our investigations are complete.”