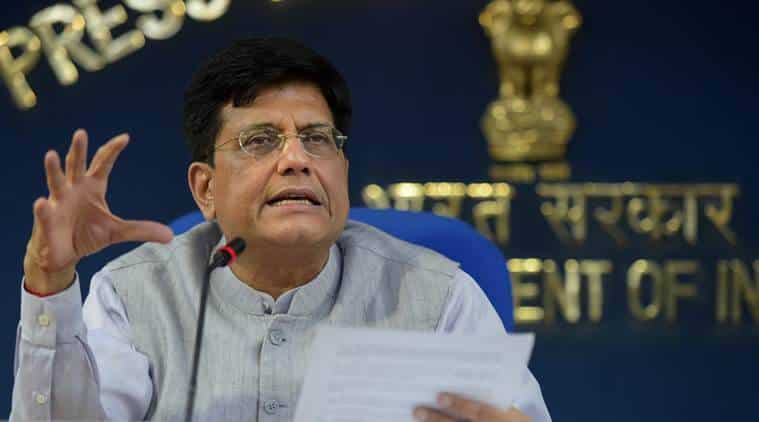 The country’s merchandise exports have reached over USD 380 billion so far this fiscal till March 7 and are expected to reach USD 410 billion in 2021-22, Commerce and Industry Minister Piyush Goyal said on Friday.

He also said that India and Canada have formally re-launched negotiations for a free trade agreement, which is officially dubbed as the Comprehensive Economic Partnership Agreement (CEPA).

“As of March 7, 2022, our exports are over USD 380 billion and well poised to cross USD 400 billion and probably closing the year at USD 410 bn on merchandise. We will have a record services exports upward of USD 240 billion,” Goyal said at a dinner hosted in honor of his Canadian counterpart Mary Ng.

Talking about the India-Canada relationship, he said this economic partnership will strengthen efforts to take economic ties to the next level.

“This will help generate jobs, help each other in times of need and work with each other in several international forums … We have over 7,00,000 persons of Indian origin in Canada today, slated to go up to 1.4 million in the next few years …., “Goyal said.

He also urged the Canadian minister to be a “little more liberal” while negotiating the trade agreement.

The minister also sought investments from Canada in areas like infrastructure and manufacturing.

The Canadian minister said that huge opportunities are there in India for businesses.

“We already have strong people to people ties,” she said, adding Canadian businesses have invested about USD 65 billion in India, which reflects the potential here.

“I am looking forward to doing more work on this front,” the minister said.

“We have seen an incredible flow of investments from Canada even without that,” she said, adding FIPA would further help strengthen and create confidence among Canadian investors.

Talking about the current global situation, she said: “I do think that we should acknowledge the circumstances in which we meet, which are quite difficult”.

“The Russian invasion of Ukraine is a threat to world peace and Canada unequivocally condemns this … Invasion is a challenge to the rule-based international order and Canada has a very vibrant Ukrainian Canadian community …. So the current events that are “Taking place are profoundly felt in homes and communities across Canada. Alongside allies, Canada stands against authoritarianism and with a democratic Ukraine now and in the future,” she said.

External Affairs Minister S Jaishankar said the challenges that the world order is facing really require not just a political response but an economic response as well.

He said that “globally, we have today more than a million students. The maximum number of students we have anywhere in the world today is in Canada”.

“If you look at the big issues of the day, I really see a very strong convergence between us … Opportunities are there,” he added.

He noted that business would help in further strengthening the relations between the two countries.