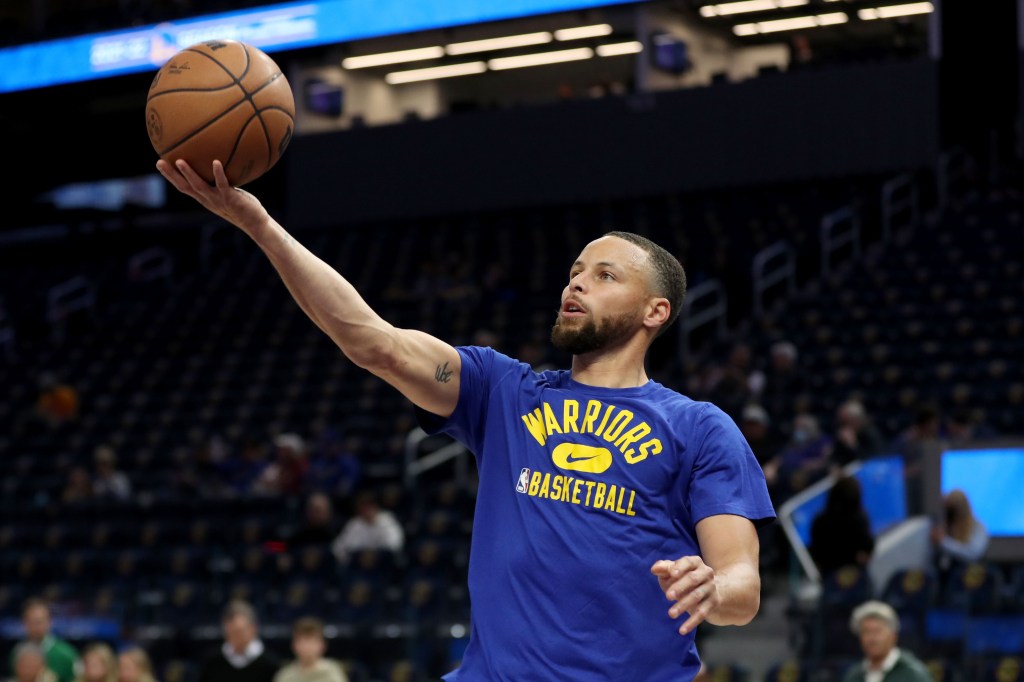 While Warrior’s Steph Curry has been sidelined with a foot injury, leaving his team struggling to win without him, the star player may be part of a winning team at Sunday’s Oscars.

Earlier this month, Curry signed on to be executive producer of “The Queen of Basketball,” which is nominated for best documentary short at the 94th Academy Awards, the Hollywood Reporter said. Curry joined another NBA legend, Shaquille O’Neal, in lending his name to the project, which tells the story of Lusia ‘Lucy’ Harris, a pioneering player in women’s basketball in the 1970s who was the first and only woman to ever be drafted by the NBA.

“The Queen of Basketball” is directed by Ben Proudfoot for the New York Times Ops-Doc series of short documentaries by independent filmmakers.

Because Proudfoot is listed as the nominee, it’s not likely that Curry will be representing the film when the award is announced at the Dolby Theater in Los Angeles Sunday night.

Curry also is one of more than a dozen listed producers and executive producers on the film, and he joined late in the game – after it premiered at the 2021 Tribeca Film Festival and began streaming on the New York Times’ website and YouTube.

Curry’s participation in the project made headlines in the Hollywood Reporter, with O’Neal releasing a statement, saying: “Stephen Curry is one of the NBA’s most iconic players whose voice speaks volumes on and off the court. I’m thrilled to have him join the team to help immortalize Lusia Harris, aka ‘The Queen of Basketball.’ ”

It appears that Curry’s role as executive producer is to help publicize the film with his Unanimous Media production company.

“We’re honored to join the talented team behind ‘The Queen of Basketball’ and play a role in uplifting the story of trailblazing Lucy Harris,” Curry and Unanimous Media co-founder Erick Peyton said in a statement. Lucy, a true pioneer in the game of basketball and an inspiration to many, deserves to be recognized for her achievements. Through this compelling short subject documentary, her legacy will continue to live on and impact audiences all over the world. ”

Curry, who suffered a sprained ligament in his left foot, is not expected to play until April 2 at the earliest. Harris, who was also on the first women’s basketball team to compete in the 1976 Olympics, was a big fan, according to her family. Her family also expressed gratitude that Curry joined “The Queen of Basketball’s” team.

“We know our mom would have been overjoyed with his addition as she loved to watch Steph ‘shoot the lights out of that ball,'” they said. “We are grateful to Steph for believing in the project and helping to ensure her story is never forgotten. Long live the Queen. ”

“The Queen of Basketball” is the frontrunner to win the Oscar Sunday, according to Gold Derby, but two other films are also strong contenders: Matthew Ogens’ “Audible,” about a group of deaf students dealing with the loss of a friend; and Elizabeth Mirzaei and Gulistan Mirzaei’s “Three Songs for Benazir,” which focuses on a young refugee couple from Afghanistan with Prince Harry moderating a conversation. The other nominees are Pedro Kos and Jon Shenk’s “Lead Me Home” and Jay Rosenblatt’s “When We Were Bullies.”