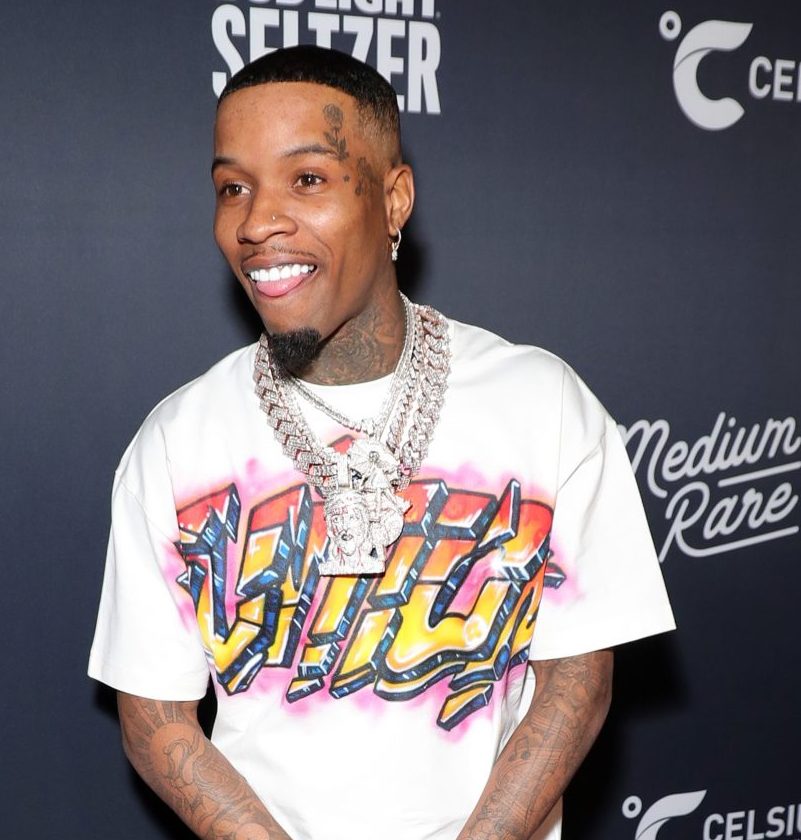 While the trial has officially started for Tory Lanez where authorities are charging him for shooting Megan Thee Stallion, The Shade Room has exclusively learned the Canadian rapper is now facing a new felony charge.

A source exclusively tells The Shade Room a new felony charge was added in the Megan Thee Stallion case. Tory Lanez has now been charged with discharging a firearm in a grossly negligent manner.

Tory Lanez is facing a new felony charge in the Megan Thee Stallion case — discharging a firearm in a grossly negligent manner to cause bodily injury.

The charge was added yesterday “and carries a maximum term of six years in prison.” He has entered a plea of not guilty.

New Developments In The Case

According to HotNewHipHop, Lanez has named billionaire Kylie Jenner and business executive Corey Gamble “on his list of potential defense witnesses.” If subpoenaed, Jenner and Gamble may have to testify, a source exclusively tells The Shade Room.

He has chosen the two because they were allegedly present at Jenner’s pool party ahead of the shooting.

As previously reported, a physician found Shrapnel Megan’s left heel. Shrapnel is shell casing fragments from a bullet, in most cases, defined as debris from a bomb or explosion. The reports confirm that the physician treated Megan with irrigation and debridement, which removes hardened tissue or debris. In this case, Shrapnel, from her foot. A medical professional prescribed her medication, and they determined her to be okay for discharge on July 14th.

Megan’s discharge diagnosis was classified as “gunshot injury.” After treatment and procedure, the physician still determined that her wound was a result of a gunshot.

As we previously reported, Tory has been officially charged with one felony count each of assault with a semiautomatic firearm, personal firearm use, and a loaded, unregistered firearm in a vehicle. Authorities also accuse Tory of inflicting significant bodily injury with a gun.