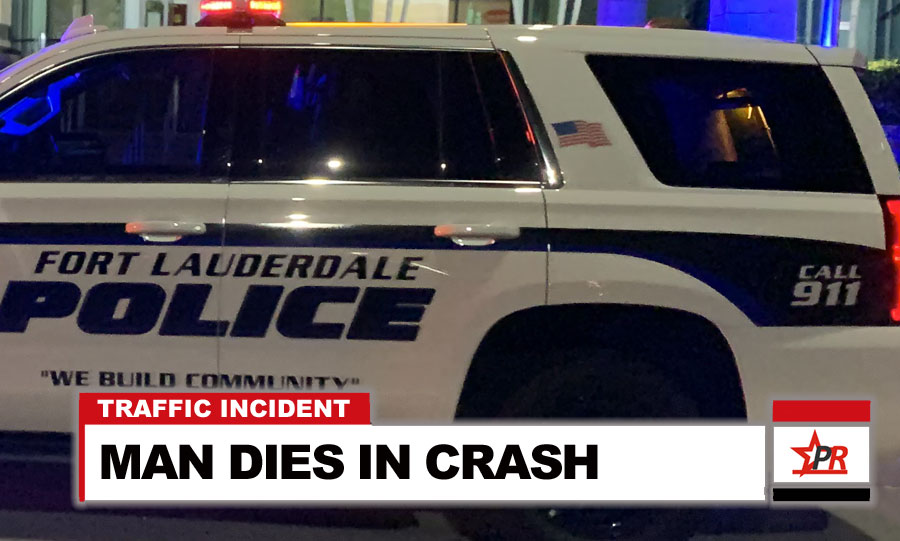 FORT LAUDERDALE, FL – Detectives with the Broward Sheriff’s Office Traffic Homicide Unit are investigating a single-vehicle crash that killed a 26-year-old male early Monday morning. According to detectives, at approximately 3 a.m., Monday, February 28. Jamarc Polynice, 26, of Hollywood, was traveling southbound in a 2016 Honda Accord sedan on South Federal Highway approaching the tunnel which travels underneath the Fort Lauderdale airport runways.

A preliminary investigation revealed Polynice was traveling at an extremely high rate of speed when his vehicle entered a twist and began to rotate clockwise as it slid sideways over the pavement. The vehicle then traveled off the west side of the roadway through the concrete swale and struck a concrete wall head-on within the tunnel.

Broward Sheriff’s Airport District deputies and Broward Fire Rescue responded, and Polynice was pronounced deceased on scene. Witnesses who observed the crash told detectives no other vehicles were involved in the incident.

Detectives say that based on the physical evidence, excessive speed is suspected as the primary cause of the crash. The investigation continues.

Jessica Mcfadyen is a journalist for independent news and media organizations in the United States. Mcfadyen primarily spends her time scouting social media for the latest Local, US and World News for The Published Reporter®. She also contributes to a variety of publications through involvement in the Society of Professional Journalists.

You Can Flip My Stories On The Flipboard Digital Magazine

Disclaimer (varies based on content, section, category, etc.): Charges are accusations and defendants are presumed innocent until proven guilty in a court of law. News articles on this site may contain opinions of the author, and if opinion, may not necessarily reflect the views of the site itself nor the views of the owners of The Published Reporter. For more information on our editorial policies please view our editorial policies and guidelines section in addition to our fact checking policy and most importantly, our terms of service. All links on this site could lead to commissions paid to the publisher. Please see Advertising Disclosure in sidebar.

or a specific category with our Feedburner Feeds.