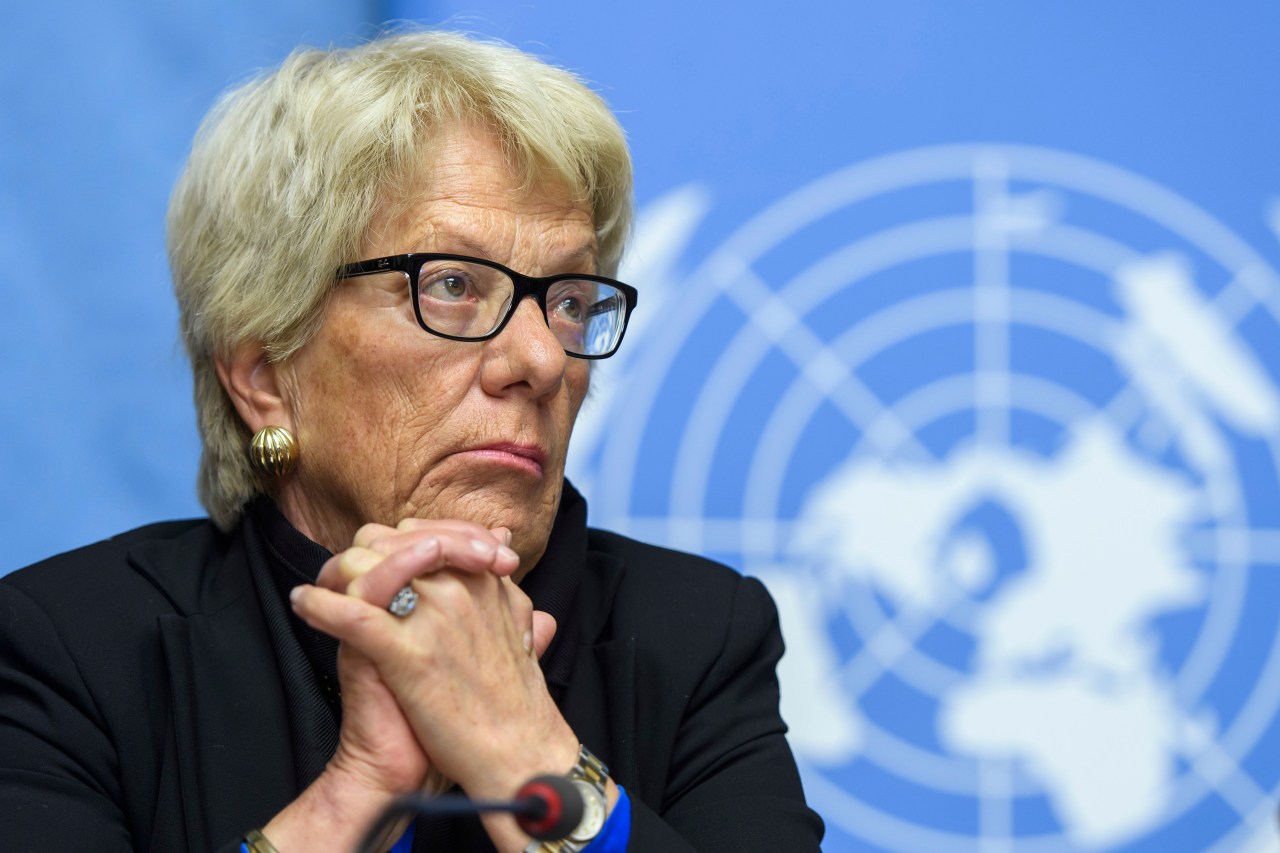 GENEVA (AP) – The former chief prosecutor of the International Criminal Court has called for an international arrest warrant to be issued for Russian President Vladimir Putin.

In interviews given to Swiss media to mark the release of her latest book, the Swiss lawyer who oversaw ICC war crimes investigations in Rwanda, Syria and the former Yugoslavia said there were clear war crimes being committed in Ukraine.

She said she was particularly shocked by the use of mass graves in Russia’s war on Ukraine, which recalls the worst of the wars in the former Yugoslavia.

“I hoped never to see mass graves again,” she told the newspaper Blick. “These dead people have loved ones who do not even know what’s become of them. That is unacceptable. ”

Other war crimes she identified in Ukraine included attacks on civilians, the destruction of civilian buildings and even the demolishing of entire towns.

She said the investigation in Ukraine would be easier than that in Yugoslavia because the country itself had requested an international probe. The current ICC chief prosecutor, Karim Khan, visited Ukraine last month.

If the ICC finds proof of war crimes, she said, “you must go up the chain of command until you reach those who made the decisions.”

She said it would be possible to bring even Putin to account.

“You must not let go, continue to investigation. When the investigation into Slobodan Milosevic began, he was still president of Serbia. Who would have thought then that he would one day be judged? Nobody, ”she told Blick.

Del Ponte added that investigations should be carried out into possible war crimes committed by both sides, pointing also to reports about the alleged torture of some Russian prisoners of war by Ukrainian forces.

Follow all AP stories on the war in Ukraine at https://apnews.com/hub/russia-war.