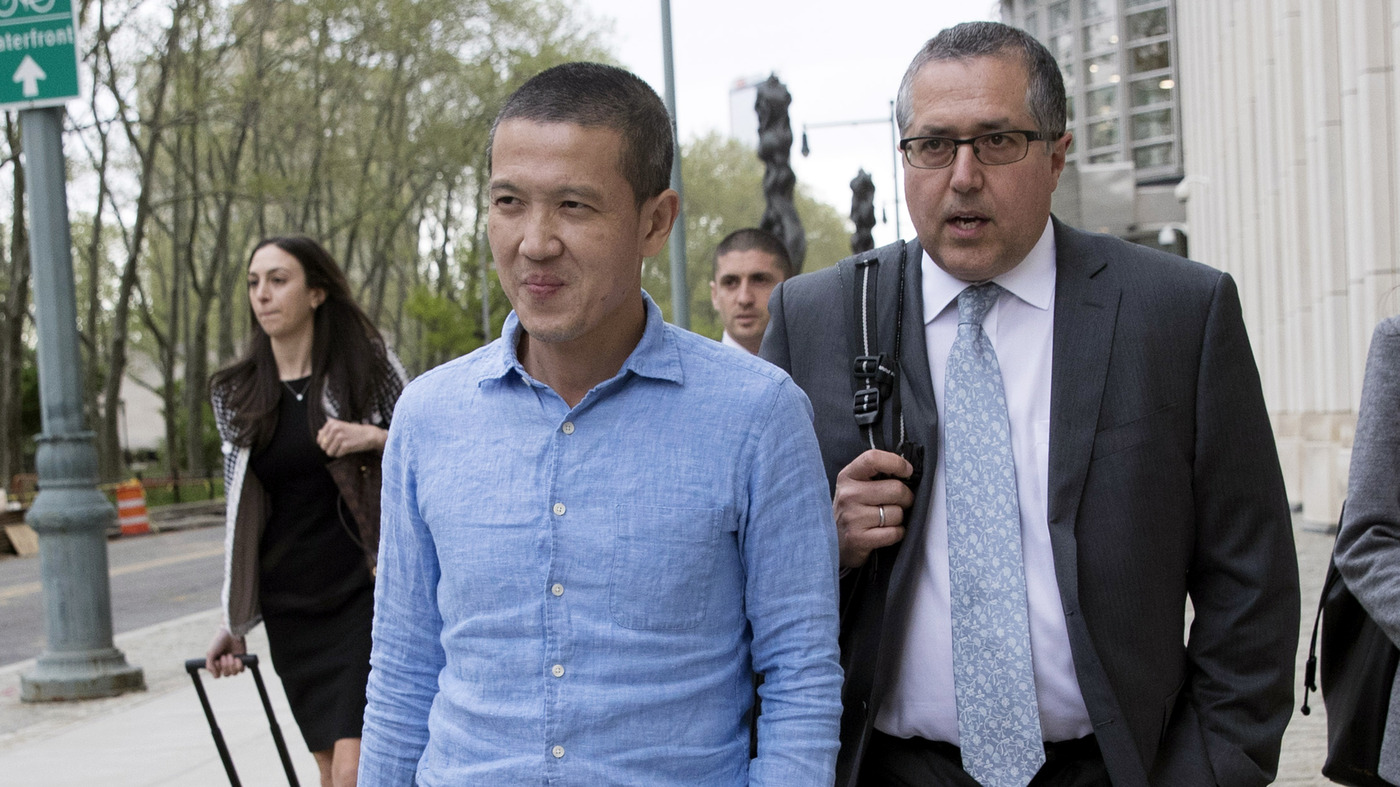 Former Goldman Sachs executive Roger Ng (center) leaves Brooklyn federal court with attorney Marc Agnifilo on May 6, 2019, in New York. On Friday, Ng was convicted of bribery and other corruption charges accusing him of participating in a $ 4.5 billion scheme to ransack the Malaysian state investment fund.

Former Goldman Sachs executive Roger Ng (center) leaves Brooklyn federal court with attorney Marc Agnifilo on May 6, 2019, in New York. On Friday, Ng was convicted of bribery and other corruption charges accusing him of participating in a $ 4.5 billion scheme to ransack the Malaysian state investment fund.

NEW YORK – A former Goldman Sachs banker was convicted Friday of bribery and other corruption charges accusing him of participating in a $ 4.5 billion scheme to ransack the Malaysian state investment fund known as 1MDB.

A jury reached the verdict at the US trial of Roger Ng in federal court in Brooklyn. Jurors had heard nearly two months of evidence about tens of millions of dollars in bribes and kickbacks allegedly orchestrated by Malaysian financier and fugitive socialite Low Taek Jho, better known as Jho Low.

Defense attorney Marc Agnifilo told reporters outside court that he was surprised by the verdict because “the evidence was not reliable,” and that he was considering an appeal. He also said the defense team was more disappointed than his client.

Ng “is doing better than his lawyers,” Agnifilo said. “He has great fortitude.”

The embezzlement bankrolled lavish spending on jewels, art, a superyacht and luxury real estate. The spoils even helped finance wild parties and Hollywood movies, including the 2013 Martin Scorsese film “The Wolf of Wall Street” that starred Leonardo DiCaprio.

“With today’s verdict, a powerful message has been delivered to those who commit financial crimes motivated by greed,” US Attorney Breon Peace said in a statement.

Roger Ng faces up to 30 years in prison

Ng faces up to 30 years in prison. No sentencing date was set.

A former head of investment banking in Malaysia, Ng is the only Goldman banker to stand trial in the 1MDB scandal. The 49-year-old had pleaded not guilty to three counts – conspiring to launder money and violating two anti-bribery laws.

Prosecutors alleged that Ng and other Goldman Sachs bankers helped 1MDB raise $ 6.5 billion through bond sales – only to divert $ 4.5 billion of it to themselves and their co-conspirators through bribes and kickbacks.

“The harm to the people of Malaysia is immeasurable,” prosecutor Alixandra Smith said during closing arguments. “It is deeply unfair to everyone else who plays by the rules.”

The defense contended Ng was a scapegoat

Ng’s defense attorneys have described the looting of 1MDB state investment fund as “perhaps the single largest heist in the history of the world.” But they contend U.S. prosecutors scapegoated Ng for crimes committed by others, including the government’s star witness, Tim Leissner.

“Roger is basically the fall guy for this whole thing,” Agnifilo said in his closing argument. “And Tim Leissner is looking to close the biggest deal of his life.”

Agnifilo accused Leissner, a higher-ranking Goldman banker, of falsely implicating Ng in a bid for leniency in his own criminal case.

Leissner “never stopped lying ever, and he did not stop lying in this courtroom,” Agnifilo said.

During several days on the witness stand, Leissner testified that he, Ng and Low used offshore accounts and shell companies to “disguise the flow of funds.” The money laundering efforts also involved drawing up fake contracts with banks, he said.

“If we told any bank the truth, it would not work,” he said. “The house of cards would have fallen down.”

He also described a dinner in London around 2012 where Low informed he and Ng they would be receiving kickbacks. Leissner said he knew that would be illegal, but did not care because if the deal went through he would be “a hero” at Goldman Sachs.

Ng, he added, was “particularly glad he was going to be paid some money” because he felt the firm had undercompensated him over the years.

The defense claimed that some of the $ 35 million Ng received through Leissner – money prosecutors said were illicit proceeds from the scheme – was actually the proceeds of a legitimate business transaction between the two men’s wives.

On cross-examination, Ng’s attorney sought to attack Leissner’s credibility by peppering him with questions about his history of lying about his marital status. He admitted he forged documents in 2014 to dupe his now-estranged wife, Kimora Lee Simmons, into believing he was divorced so she would agree to marry him. Simmons is a model, reality TV personality and ex-wife of rap mogul Russell Simmons.

Leissner, 52, pleaded guilty in 2018 to paying millions of dollars in bribes to government officials in Malaysia and Abu Dhabi. He was ordered to forfeit $ 43.7 million as part of his guilty plea and agreed to testify against Ng.

Low, who maintains his innocence, became well known in the New York City and Los Angeles club scenes. In 2012, he threw an opulent 31st birthday bash attended by DiCaprio, Kim Kardashian and other celebrities – a fete described by The Wall Street Journal as the “wildest party (Las) Vegas ever saw.”

The looting of the state investment fund led to the fall of Prime Minister Najib Razak’s government in 2018. Najib was later convicted by a Malaysian court of abuse of power and other crimes related to the scandal and sentenced to 12 years in prison.