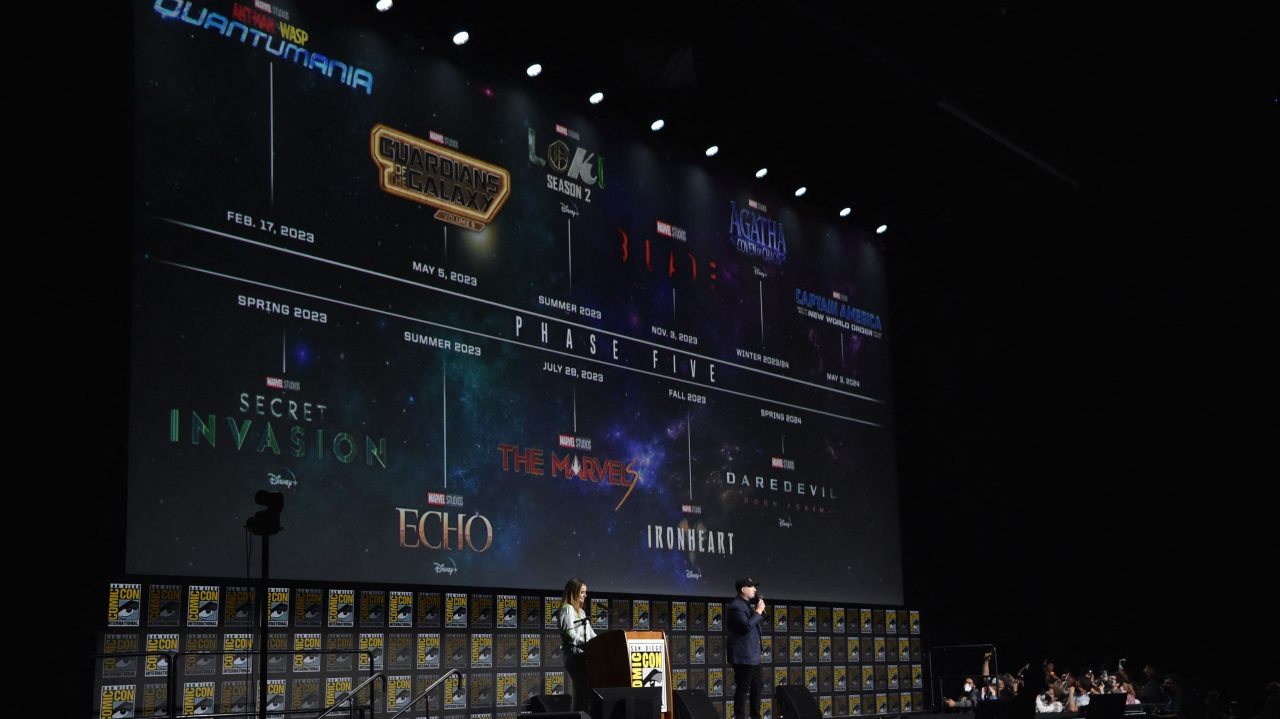 The panel packed the San Diego Convention Center room to its capacity, creating a palpable energy of anticipation and excitement as fans have waited since July 2019 to see Marvel Studios grace the stage once again; San Diego Comic-Con was canceled in 2020 due to the COVID-19 pandemic and was held as scaled-down festivities in October 2021.

The presentation began with a sizzle reel cut together with clips from Marvel’s first four phases, updated with snippets from some of the more recent Phase 4 projects including “Ms. Marvel,” “Spider-Man: No Way Home,” “Shang-Chi,” “WandaVision,” and more.

Here is what Marvel introduced during their animated panel

Following the short video and an introduction from Miss. Minutes, the animated orange clock from Disney+’s “Loki,” Feige got straight down to business, reflecting on how much has changed since the last time Marvel was at Comic-Con and how nearly all of the projects announced at that time, with the exception of “Black Panther: Wakanda Forever,” have since been released. The Marvel Studios head went on to say that it was only right to use this opportunity to debut a new slate of television shows and films that will come in Phase 5.

Feige also commented on the announcement of “Daredevil: Born Again,” confirming that Charlie Cox will reprise his role as Matt Murdock in the new show after originating the role for the Netflix iteration. This comes just one day after officials in the Marvel animated panel at Comic-Con shared that Cox would also voice Daredevil in “Spider-Man: Freshman Year.” Cox officially made the jump into the MCU back in December in “Spider-Man: No Way Home” after years of fans asking the studio to bring him back.

Moving back into the present, the panel turned to the Disney+ show, “She-Hulk: Attorney at Law,” which will debut on the streaming app in August. Among those on the stage, cast members Tatiana Maslany, Jameela Jamil, Ginger Gonzaga, writer Jessica Gao, and directors Kat Coiro and Anu Valia were present Saturday evening to discuss Marvel’s first half-hour comedy series and premiere a brand new trailer ahead of the show’s release.

The show follows Jennifer Walters, played by Maslany, navigating the stressful life of a New York City-based attorney, all while learning to control her newly gained Hulk-like abilities with the help of her cousin, Dr. Bruce Banner, played by Mark Ruffalo. That comedy series will debut on Disney+ on August 17.

Longtime Marvel fan-favorite Cobie Smulders, the actor who plays Agent Maria Hill, then took the stage to discuss “Secret Invasion,” a Disney+ series featuring award-winning actors and newcomers to the MCU, Olivia Coleman, Emilia Clarke, and Kingsley Ben -Adir. A trailer shown during that segment of the panel featured an invasion of the Skrulls, the shape-shifting species first introduced in “Captain Marvel.”

“It’s going to be an exciting thriller,” said Smulders. “You never really know who people are.”

Feige did clarify that the trailer for this film would not be released to the general public at this time.

Also in the building for Comic-Con Saturday night was the cast of Phase 5’s first film, “Ant-Man and the Wasp: Quantumania.” Ant-Man himself, Paul Rudd, stood alongside castmates Evangeline Lilly, Jonathan Majors, and Kathryn Newton, as well as director Peyton Reed, to give some insight into what the film will explore.

“We finally get to explore the quantum realm,” said Reed of what to expect in the film.

“There will be conquering,” added Majors, who first appeared as He Who Remain – a Kang the Conquerer variant – in “Loki” season one.

Majors’ Kang the Conquerer is all but guaranteed to be set up as Marvel’s next Thanos-level threat with Feige even announcing that the working title for one of the final films of Phase 6 is “Avengers: Kang Dynasty.”

A surprise trailer shown during the panel also featured Bill Murray in an unconfirmed role, as well as a quick flash of iconic Marvel Comics villain, Modok. When asked about the short snippet of the villain in the trailer, Feige responded, “there might have been a shot of Modok.”

In following the Phase 5 film theme, Feige then brought out James Gunn, writer and director of the “Guardians of the Galaxy” movies, to talk about the latest installation in the series and to premiere a teaser trailer for the third volume of the saga .

Poulter was announced in 2021 to have joined the cast of the film as Adam Warlock, a fan-favorite character in the Marvel Comics, while Maria Bakalova was confirmed Saturday night to play Cosmo the Spacedog.

Gunn also added that for him, the film is the end of an era of his life that began with pitching the idea to Marvel more than 10 years ago.

Just before the final group of panelists hit the stage late Saturday evening, Feige announced three highly-anticipated films confirmed for Phase 6, which will begin in the fall of 2024. The Marvel exec shared that “Fantastic Four” will be the first film to kick off the new era, while “Avengers: Kang Dynasty” and “Avengers: Secret Wars” will end it.

“Fantastic Four” comes fresh off the appearance from “The Office” actor John Krasinski as Reed Richards, aka Mr. Fantastic, in “Doctor Strange in the Multiverse of Madness” earlier this year. While Feige did not confirm whether or not Krasinski will reprise his role in the upcoming project, he did confirm that the movie will hit theaters on Nov. 8, 2024.

As the night officially began to wind down, there was one major project that had not seen any love: “Black Panther: Wakanda Forever”

The line brought out raucous cheers from the audience while the lights went down and live singers and musicians began to play music around the room. The musical act ended with “Black Panther: Wakanda Forever” director Ryan Coogler taking the mic to introduce the film’s cast and show the first trailer.

Coogler shared an emotional message on what it meant to film the sequel without the original star, Chadwick Boseman, who died in August 2020 from colon cancer, saying “I promise you I can feel his hand on me right now.”

The trailer for the movie features the main characters mourning Wakanda’s King T’Challa and the aftermath of his death and includes the introduction of Marvel Comics villain Namor and the underwater community Atlantis.

Thorne, who plays Riri Williams and will also star in Phase 5’s “IronHeart,” said of joining the cast, “it’s a blessing, it’s a gift. I’m reminded of that, standing here in front of all of you.”

You can watch the trailer for “Black Panther: Wakanda Forever” HERE. The film will debut in theaters on Nov. 11.