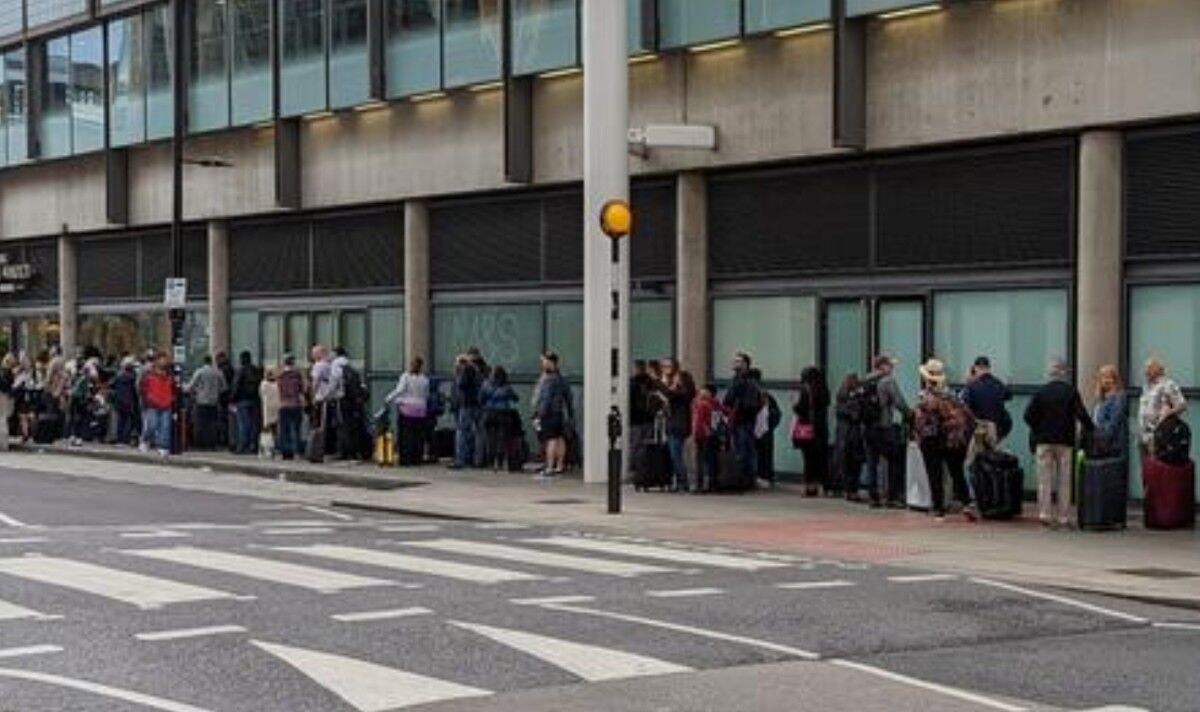 Queues for the Eurostar, which departs from St Pancras in central London, have snaked around the outside of the building in recent days. On Tuesday, a fault with one of the service’s trains led to long delays for passengers heading to Paris and Brussels.

A Eurostar spokesperson said a “technical fault” was to blame for the delays.

The Eurostar Twitter then posted just before midday on Wednesday: “Our stations are very busy today. Passport and security checks are taking longer than usual due to technical issues.

“Please arrive at the ticket gates at the time shown on your ticket as normal. Thank you for your understanding.”

But anger at extensive waiting times has continued for travelers taking to social media on Wednesday, with one traveler saying queues were once again stretching outside St Pancras station.

“Lines around the block at St Pancras for the Eurostar out of the UK.”

Another Twitter account, @QuaffableRdg added: “If you thought the travel chaos was limited to airports, think again.

“This is the queue this morning out of the station, along the road and around the corner for Eurostar.”

“Zigzagging the entire length of the station and more.

“I hope everyone who wants to get away managed to do so. Bon chance!”

This comes as many UK travelers experience lengthy waits, canceled flights and staff shortages ahead of the Jubilee weekend.

Shadow Transport Secretary, Louise Haigh, said the Government has been “missing in action” over travel chaos in recent weeks.

This comes after Transport Secretary Grant Shapps blamed the mayhem on the travel and aviation sectors.

“This must not happen again and all efforts should be directed at there being no repeat of this over the summer – the first post-Covid summer season.”