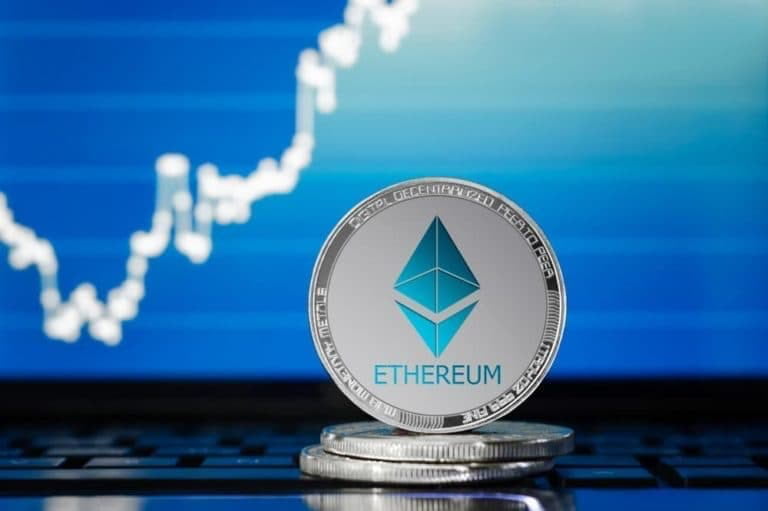 The price of the second largest cryptocurrency by market cap has climbed above the $1,800 level as Ethereum (ETH) rises over 5% in a day ahead of its upcoming Merge upgrade slated for September.

What’s more, with a total market capitalization of $219 billion, Ethereum has added almost $70 billion to its total value in the last month, according to data retrieved by CoinMarketCap.

The Ethereum Merge slated for late September is among the most highly anticipated crypto events due to take place owing to factors like the projected bullish impact on the asset’s price.

Based on this, the banking giant Citigroup (NYSE: C) believes the upgrade might have several benefits for the blockchain.

According to the study conducted by the bank, after the upgrade has been implemented, it may result in reduced energy intensity, transform Ethereum into a deflationary asset, and provide a potential road map to a more scalable future via the use of sharding.

Citi notes the shift to Proof-of-Stake (PoS) might also lower the general issuance of Ethereum by 4.2% a year.

Notably, since the upgrade was announced, the value of Ethereum has shown a positive trend, with the price resisting the market collapse to register some modest increases.

As a result, the market is anticipating several developments on the network. A recent report said that the Merge would function as a catalyst to propel Ethereum towards becoming a “global institutional-grade asset.”

Major players plan their next moves

Elsewhere, Chainlink (LINK) protocol has said it will not support Ethereum’s Proof-of-Work (PoW) forks ahead of the Merge after advising Ethereum developers and dApp teams “who are unsure of their migration strategy surrounding the Merge” to pause smart contract operations, in order to “avoid unforeseen incidents and help protect end users.”

Some members of the cryptocurrency community are vehemently opposed to the Merge and have even offered a hard fork as a solution to maintain Ethereum’s existing PoW mechanism after the upgrade. At the same time, others, such as Ethereum’s second-largest mining pool, f2Pool, have acknowledged the ETH Proof-of-Work era ‘is at its end.’

Amid the mixed feeling, Vitalik Buterin has argued another fork is unlikely to harm Ethereum ‘significantly’ after Merge, stating, “I don’t expect Ethereum to really be significantly harmed by another fork,” downplaying the potential effect of any future hard forks on the blockchain.

Disclaimer: The content on this site should not be considered investment advice. Investing is speculative. When investing, your capital is at risk.