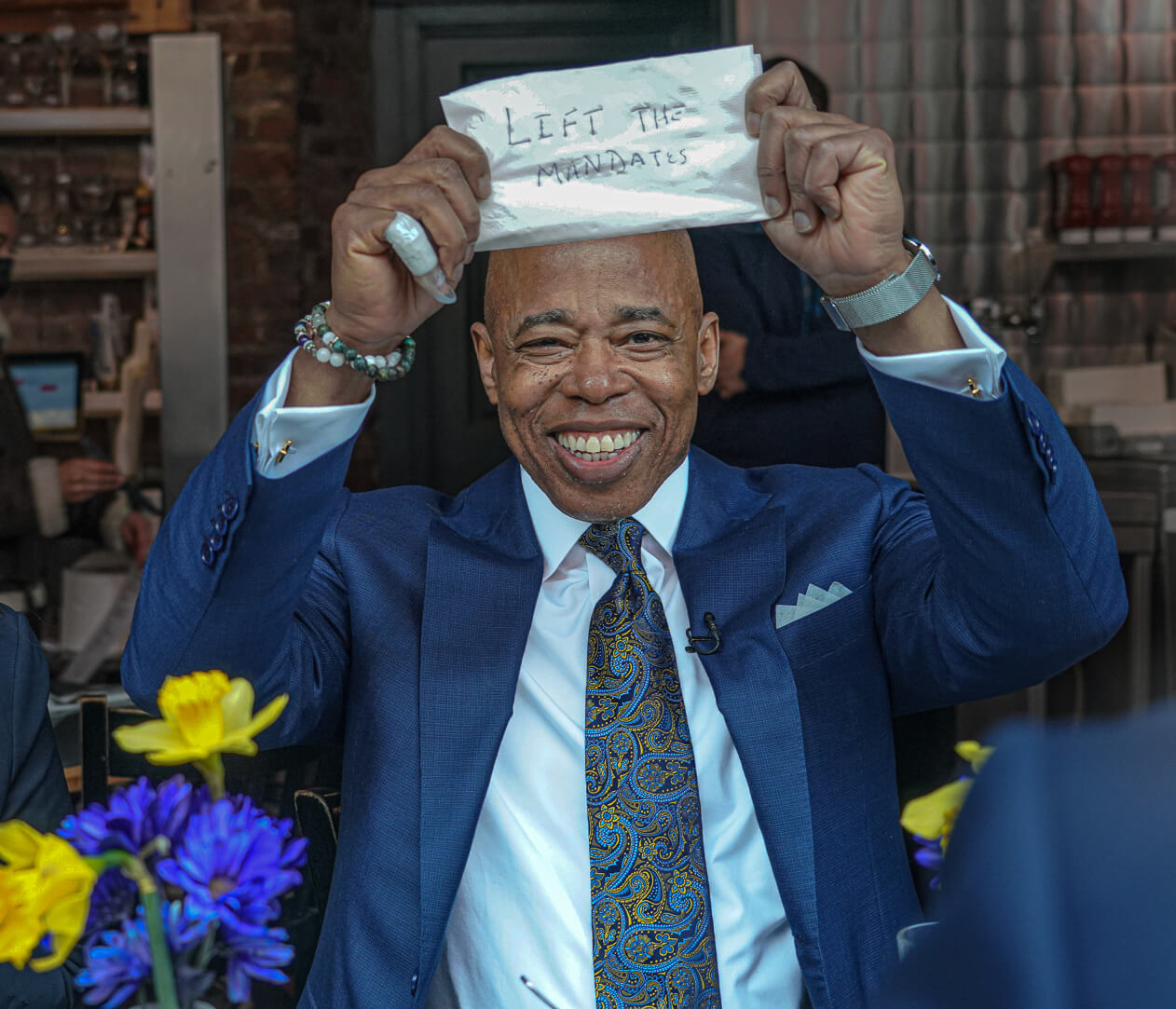 Mayor Eric Adams lifts a napkin with the words “Lift the mandates,” while dining in the East Village on March 7, as business could once more welcome unvaccinated patrons.

Unvaccinated athletes will be allowed to play home games in the Five Boroughs, as Mayor Eric Adams will be implementing an exemption for athletes on Thursday, according to multiple sources.

Politico first reported the news of Adams’ decision, which will close a loophole in the citywide employee vaccine mandate that previously allowed for athletes from outside the city limits to play at stadiums in the Big Apple, but not for players belonging to New York City teams.

The most high-profile effect of the vaccine mandate on the city’s sports scene was Brooklyn Nets guard Kyrie Irving’s inability to play home games this season.

That led to a peculiar situation last week, when the mayor allowed the mandate that patrons of indoor venues be inoculated to expire, but left in place the mandate for employees of city businesses – allowing unvaccinated athletes to attend games, but not play in them.

Irving attended his team’s home game against the New York Knicks on March 13, when he sat courtside without a face mask, prompting questions about the effectiveness of the employee mandate for athletes.

Adams’ decision also comes just in time for the MLB’s Opening Day on March 31, as several players on the Mets and Yankees have reportedly declined to get the jaband the mandate had made no distinction between outdoor and indoor stadiums.

The first game that Irving will be eligible to play at Barclays Center will come on March 27, when the Nets host the Charlotte Hornets.