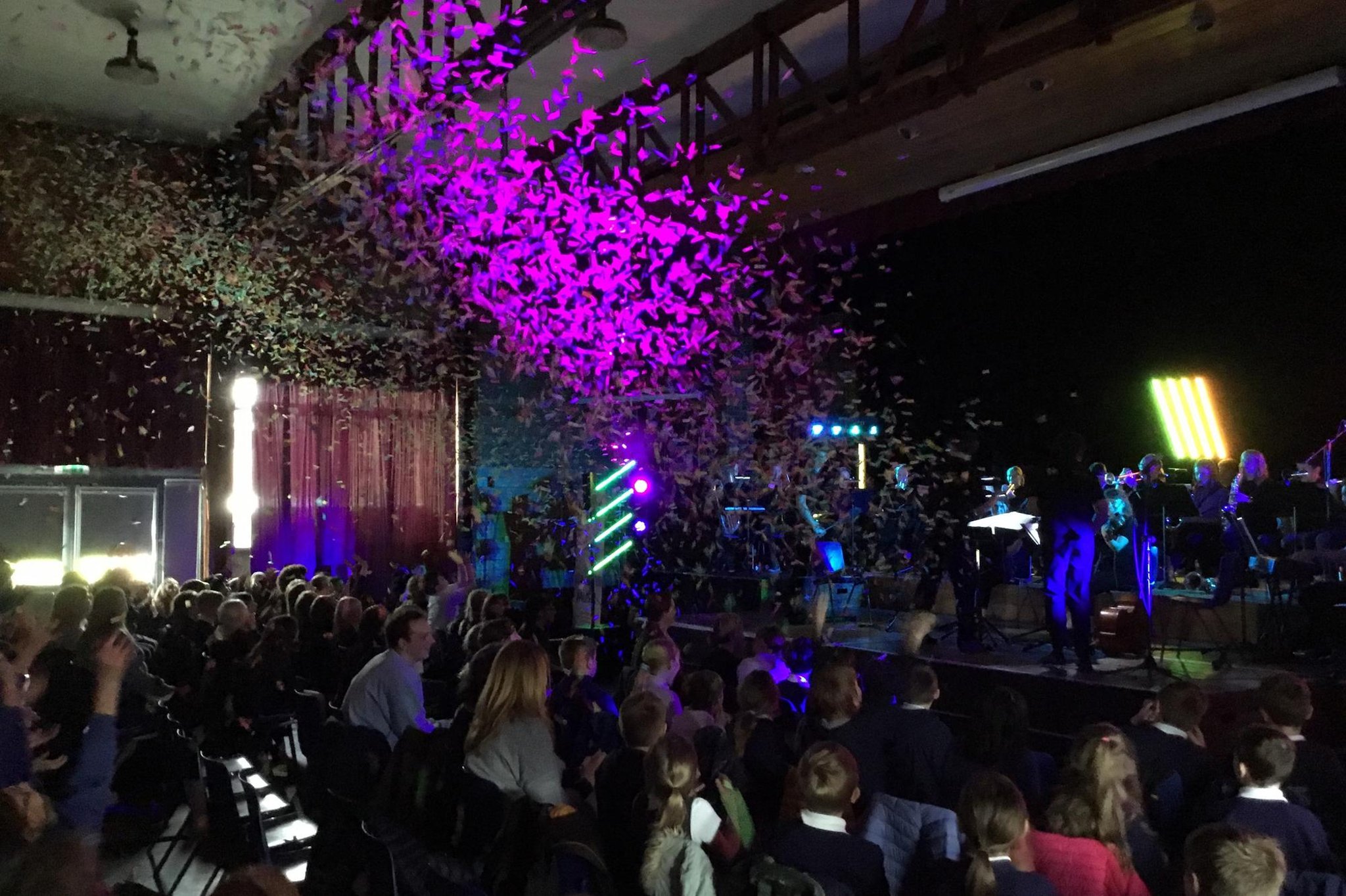 The performance featured most of the instruments of the orchestra and they played a variety of music from tracks by Billie Eilish and George Ezra, through English and Scottish folk to Ghostbusters!

Children from across the district attended and were encouraged to clap, stamp, and sing throughout the lively and energetic performance.

Nick Hughes, head of the performing arts faculty at Robert Smyth Academy (RSA), which hosted the event, said: “This was such an incredible opportunity offered to us by Leicestershire Music that we just could not turn it down.

“The LEAP ensemble are renowned for offering high-quality and engaging performances, I just knew the children of the town would love it.

“The children were so enthused, during a performance of George Ezra’s ‘Shotgun’ their singing drowned out the ensemble, who had microphones! Our hope is that the performance has sown the seed of musical pursuit by the children visualizing themselves up on that stage. We have a rich heritage of musical learning in this town, and we need to keep feeding it or it will disappear. “

The ensemble features 25 Conservatoire music students who are led by composer Jeremy Clay. The ensemble did two performances: one to year 7 and select year 8 students, and another to local primary students. Some year 11 and 12 RSA musicians also had the opportunity to perform with the ensemble as part of the performances. The visit was funded by Leicestershire Music who helped coordinate the event.