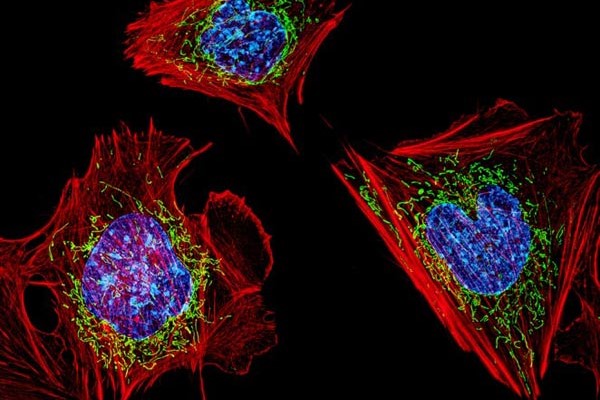 Small molecules are a mainstay of drug therapy, many of them working by targeting a protein and blocking it. A newer but still experimental approach leads to the degradation of disease-causing proteins. Research has revealed new insights into the ways proteins can be regulated and Entact Bio is building on that science to expand what drugs can do. Rather than inhibiting or degrading proteins, the biotech startup aims to enhance them. Entact formally launched on Tuesday with $81 million to support its work in this new class of medicines.

To understand how Watertown, Massachusetts-based Entact aims to enhance proteins, it might help by starting with the mechanism that degrades them. An emerging field of drug research leverages a cellular disposal system whose role in degrading proteins is part of normal protein turnover in the body. Old or damaged proteins are marked for disposal with a molecular tag called ubiquitin. Therapies that harness this mechanism are small molecules that recruit ubiquitin to a disease-causing protein, which in turn gets it to go to the cellular trash bin.

Companies developing targeted protein degradation drugs have reached the clinic in oncology and inflammation. This science paved the way for what Entact CEO Victoria Richon calls “matchmaker molecules.” Protein degrader drugs, which are called proteolysis targeting chimeras, or PROTACs, bring together ubiquitin and a target protein. Entact calls its drugs enhancement-targeting chimeric medicines, or ENTACs. These molecules remove ubiquitin tags from proteins, sparing them from the cell’s disposal system.

“We’re actually enhancing protein function, so we’re actually doing the exact opposite [of PROTACs],” Richon said. “This expands our way of looking at different proteins we know are involved in disease.”

Entact’s proprietary technology, called Encompass, identifies proteins that are regulated by ubiquitin and associated with a disease. The platform then matches those proteins to a deubiquitinase, or DUB, an enzyme that can remove the molecular tag from a particular protein. Entact is not yet disclosing specific protein targets or therapeutic indications. But speaking generally, Richon said keeping key proteins out of the cellular trash bin could offer a new way to treat haploinsufficiencies, genetic disorders in which dysfunction of one gene of a gene pair leads to insufficient levels of a key protein. Cancer is another potential application. Some proteins function as tumor suppressors. Enhancing the activity of these proteins could offer a new way to fight cancer, Richon said.

Increasing levels of key proteins is just one way Entact aims to treat disease. Some diseases arise when proteins are in the wrong location in cells. Rather than completely removing ubiquitin, Richon said DUBs can also selectively shorten the molecular chain, which in turn changes where in the cell the protein goes. Shortening ubiquitin can also change a protein’s interaction with components of a cell or enhance its activity.

Entact is joining a small but growing group of drug developers working with DUBS. Versant Ventures-backed Stablix Therapeutics launched last year. The New York-based startup is based on Columbia University research that studied ubiquitin removal in cystic fibrosis. That initial research was published two years ago in Nature Methods. Vicinitas Therapeutics launched this past summer, the product of a research partnership between Novartis and the University of California, Berkeley. Early this year, the Berkeley scientists published research in in Nature Chemical Biology showing how they were able to stabilize protein levels in cystic fibrosis and cancer fibrosis.

Entact’s founders hold positions at places such as the Dana-Farber Cancer Institute, Harvard Medical School, University of Liverpool, and the Walter and Eliza Hall Institute of Medical Research. Richon, who was most recently the CEO of Ribon Therapeutics and is also a Sanofi veteran, said Entact’s technology is not licensed from a particular institution and the company holds its own patents for Encompass. She added that Entact is too early in its development to have published research, but the company’s scientific founders have published research about deubiquitinating enzymes.

Though Entact announced its latest financing on Tuesday, the Series A round is not new money. The financing closed last fall. Entact started in 2019. Seed financing supported research that showed the company’s approach could modify protein function, Richon said. With that proof-of-concept research in hand, Entact was able to raise the $81 million Series A round.

The company held off on unveiling its science and financing until now, which Richon said is a good time because of the progress Entact has made and the plans to add to its 10-person headcount. Entact is preclinical but Richon declined to go into further detail about the stage of Entact’s research, nor would she offer an estimate for when the research could reach clinical testing. Richon did say that the capital enables the startup to work on multiple programs at the same time.


Amy Robach JOKES About Parallels Between ‘GMA’ and ‘The Morning Show’