No sooner was Japan put to the sword, Eddie Jones turned his eye on the All Blacks.

“They’re there for the taking,” the England coach said with a familiar grin.

Avoiding the fact that England was there for the taking, too.

The matchup on Sunday (4.30am AEDT) at Twickenham, their first since that shockingly one sided Rugby World Cup semifinal in 2019, has more of an appearance of a contest than if, say, it was scheduled a week ago.

New Zealand is coming off a scrappy win over Scotland.

It was far from convincing for an hour at Murrayfield. 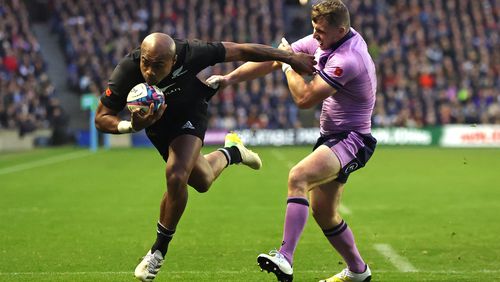 England poured seven tries on Japan. It was uplifting.

Go back a week and the team mindsets were far different.

The All Blacks destroyed Wales in Cardiff. They were rolling.

England lost to Argentina at home. The effort lacked urgency and adaptability.

Jones took heat off the players by blaming the performance on himself for thinking too far ahead.

If he’d been playing New Zealand last weekend, Jones wouldn’t have been so brash as he was after the Japan rout. 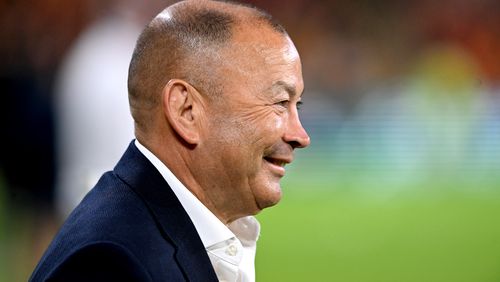 That win didn’t answer all the questions swirling around England from the Argentina defeat.

Japan didn’t pose any because it suffered from stage fright somewhat, and was suffocated by impressive England defensive pressure.

The result was certain by halftime.

Because Japan couldn’t sustain a decent challenge, England wasn’t put under pressure and didn’t remove doubts about the team’s attacking prowess, ability to think on its feet, and best combinations.

No.8 Billy Vunipola is back in favour for now. No.10 Marcus Smith is still bedding in. 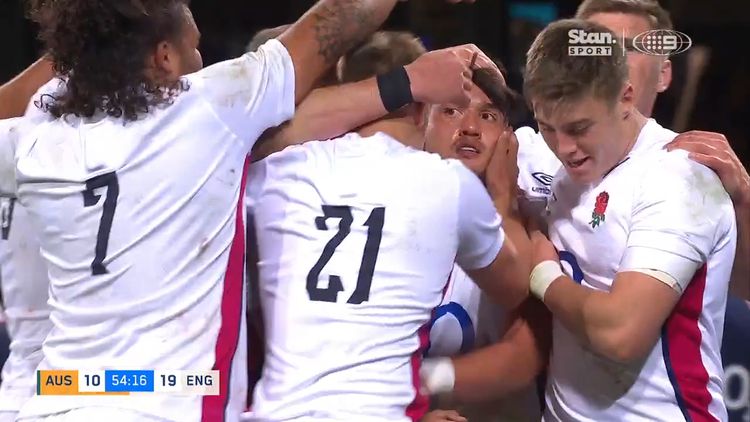 The backline is still dependent on Manu Tuilagi’s suspect health.

Those three aside, England is also better when props Ellis Genge and Kyle Sinckler are in, Jack van Poortvliet is behind the ruck, and Freddie Steward is in the backfield.

They are tied together by Owen Farrell, the captain who becomes the third Englishman to 100 Test caps.

Not that one of England’s greatest players is celebrating.

“I’m not too good at listening to stuff about myself. The sooner we get on to the game, the better,” Farrell said.

“If you let it, this week can be a lot. I don’t intend on being like that, I intend on doing my job like the rest of the team.” 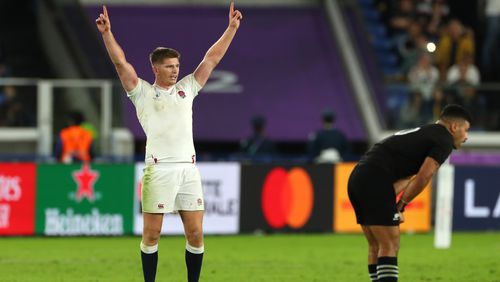 But his father Andy Farrell, the Ireland coach, said he and his wife Colleen were immensely proud of Owen’s achievement and hoped their son could maybe consider after the game how far he’d come.

When asked what made Owen special, Andy said: “His strength is like every person who gets to these type of milestones. His strength is he never thinks he’s that type of player that you’re talking about. They want to prove their self worth as a teammate and as a player every single week and that’s why they stay right at the top through all the ups and downs.”

Retallick becomes the 12th All Black to 100 Tests, and the second lock after captain Sam Whitelock.

Their 64th Test start together in the second row will eclipse the world record held by South Africa’s Bakkies Botha and Victor Matfield.

Perhaps nobody is happier for Retallick than the team.

While he has been suspended for the last two Tests, Retallick has opposed the starting side in training and been a nuisance.

“He’s the heart and soul of our group,” coach Ian Foster said.

The All Blacks have rebounded from a tough start to the year – historic losses to Ireland and Argentina plus South Africa – to win six in a row.

“I like where our game is going,” Foster said.

“(England) like to squeeze your game and your mindset. The challenge for us is how good are we at making sure we don’t go into our shell.”


Do You Really Want To Read What Your Doctor Writes About You?