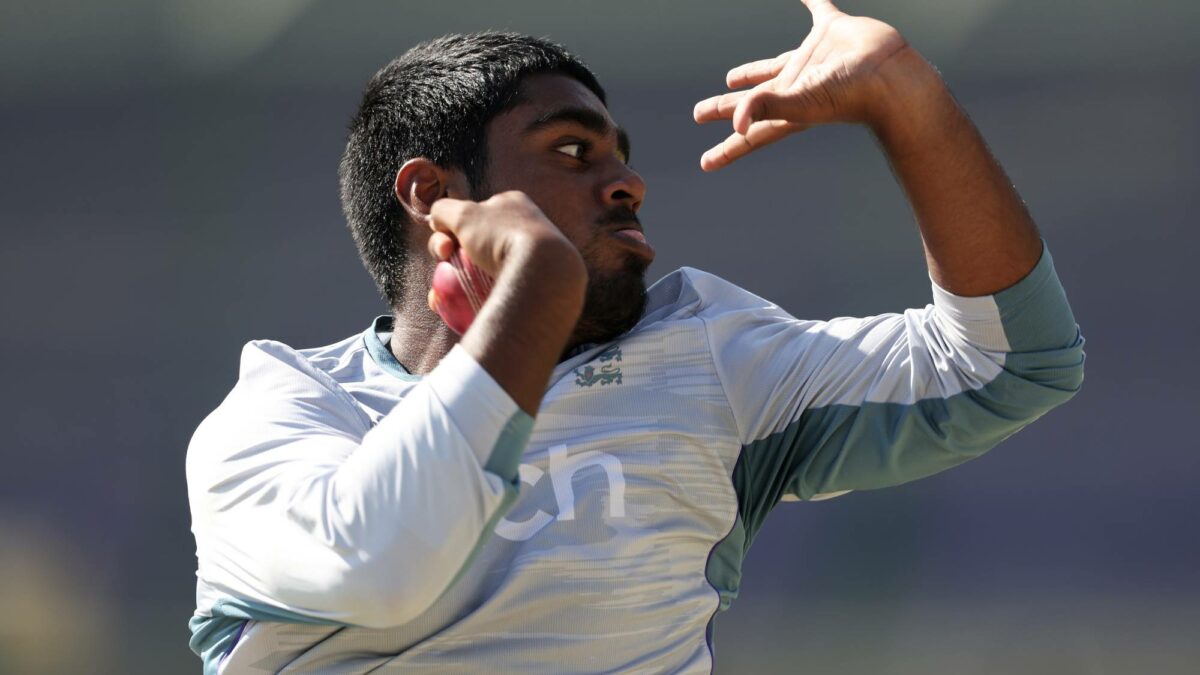 Legspiner Rehan Ahmed will become England’s youngest Test player and regular wicketkeeper Ben Foakes returns to the lineup as the visitors eye a historic 3-0 sweep in their first Test tour to Pakistan in 17 years.

Foakes failed to recover in time from a viral infection that hit several England players on the eve of the first Test at Rawalpindi earlier this month. Ollie Pope donned the wicketkeeping gloves in Foakes’ absence in both Tests.

Ahmed will be 18 years, 126 days when he takes the field on Saturday in the third and final Test after England decided to rest 40-year-old James Anderson having already clinched the series. Foakes will replace Will Jacks.

“It’s exciting times for Rehan,” captain Ben Stokes said. “He was very excited when we gave him the nod that he was going to play last night.”

Ahmed will be 23 days younger than England’s current record holder Brian Close was when he made his Test debut against New Zealand at Manchester in 1949 at the age of 18 years, 149 days. 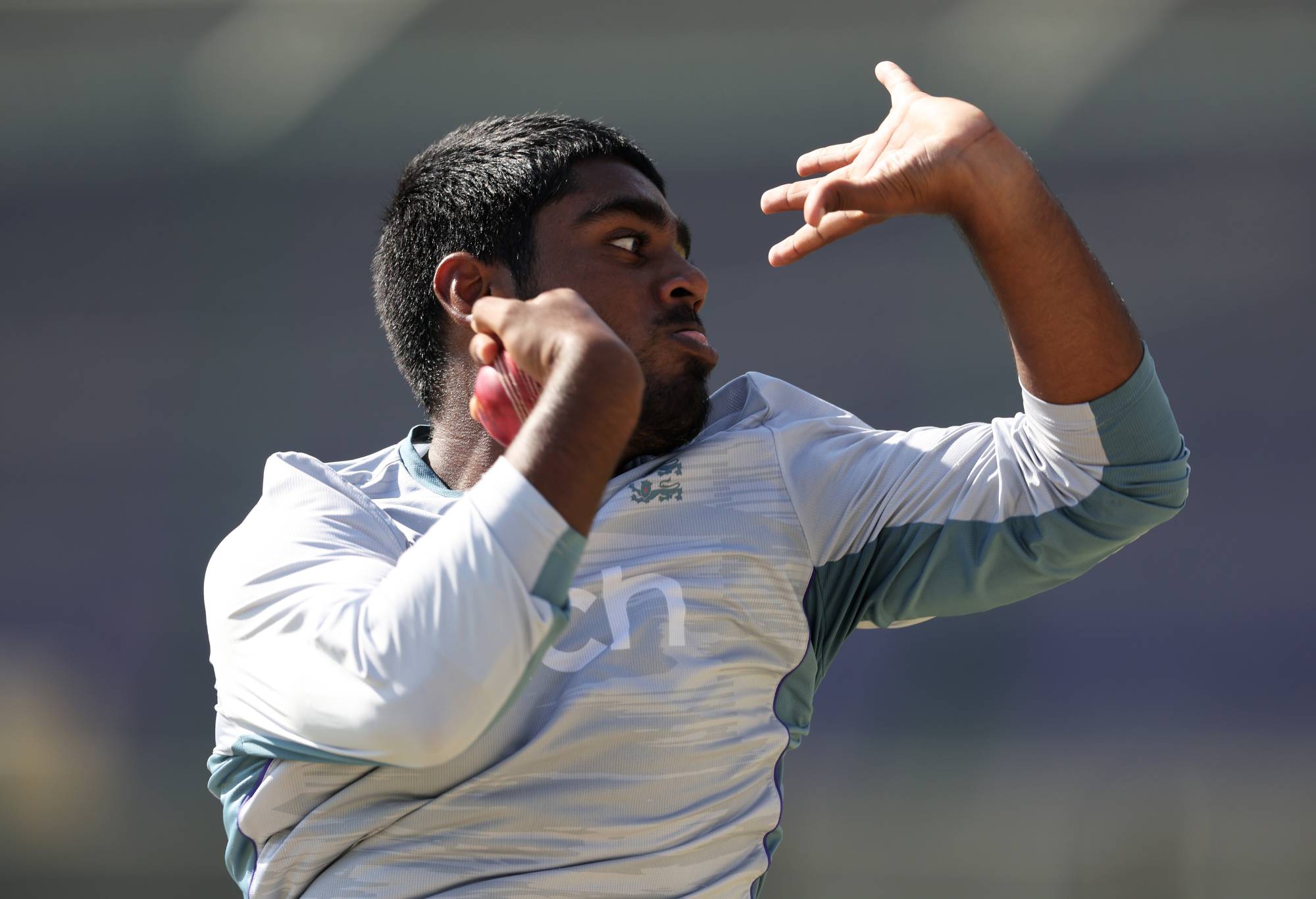 Ahmed originally accompanied the squad to Abu Dhabi as a net bowler when England had a training camp in the United Arab Emirates prior to flying out to Pakistan before he was drafted into the squad.

He has played only three first-class games for Leicestershire, but his attacking style impressed both coach Brendon McCullum and Stokes in a county game against Derbyshire where he made 122 and also picked up a five-wicket haul with his legspin bowling.

“It’s great to see someone who has so much freedom,” Stokes said. “He’s got a vast array of shots and obviously a wrist-spinner is great to be able to have in your team, especially in these conditions.”

With their aggressive approach under McCullum and Stokes, England lead the three-match series 2-0 after beating Pakistan by 74 runs on a flat wicket in Rawalpindi, which later received one demerit point from the International Cricket Council.

England are enjoying a remarkable streak in the longer format that began in the summer when they won six of the seven Test matches against opposition like New Zealand, India and South Africa

“We would love to,” Stokes said about the prospect of a clean sweep. “(But) we’re not putting pressure on ourselves or as a team to be leaving here 3-0 because then you take your whole focus away from the process and how you want to play.”

England have frustrated Pakistan’s bowlers with their relentless aggression over the last two weeks. They racked up a world record 4-506 in the first Test and then despite mystery spinner Abrar Ahmed claiming 7-114 in his debut test at Multan, Stokes’ men piled on a rapid 281 inside the first two sessions on the first day before taking a significant 79-run first innings lead.

Young Harry Brook has smashed two successive centuries and has scored 357 runs at better than a run-a-ball in two test matches, with Ben Duckett (249) also dominating the spinners with his trademark reverse sweeps in the series.

Rabada’s eyes light up at Gabba

Kagiso Rabada is known throughout the cricket world as the spearhead of South Africa’s pace attack but he is also a keen student of the game.

It is why he enjoys talking to legendary West Indies pacemen Andy Roberts and Michael Holding about cricket, and fast bowling in particular.

As the 27-year-old gazed out at the Gabba, where he will play a Test for the first time on Saturday against Australia, he spoke to AAP why he relishes the chance to experience a wicket that has been a favourite of pace bowlers of the past.

“I really enjoy the history that the Gabba holds. First of all I am a sports fan. I have always been athletic and playing various sports,” Rabada said.

“When I realised cricket was what I wanted to pursue that is when I became more of a student of the game.

“You realise how many have come before us. I always heard about the Gabba and how it was really bouncy. To realise that you are playing at the same ground…it is why I enjoy fast bowling.”

Of all the fast bowlers he has studied, there are two that stand out.

“It is really hard to pick a favourite but at the moment I would have to say Andy Roberts and Michael Holding because they are two of the bowlers I have had some thorough interactions with,” Rabada said.

“It is casual conversation really about cricket, nothing too technical.

“With Andy it is just picking his brain and hearing about fast bowling and what it was like for him.

“(Holding) made it look so easy. There is something aesthetically pleasing about fast bowling and I guess you would say he is the Rolls Royce of it.” 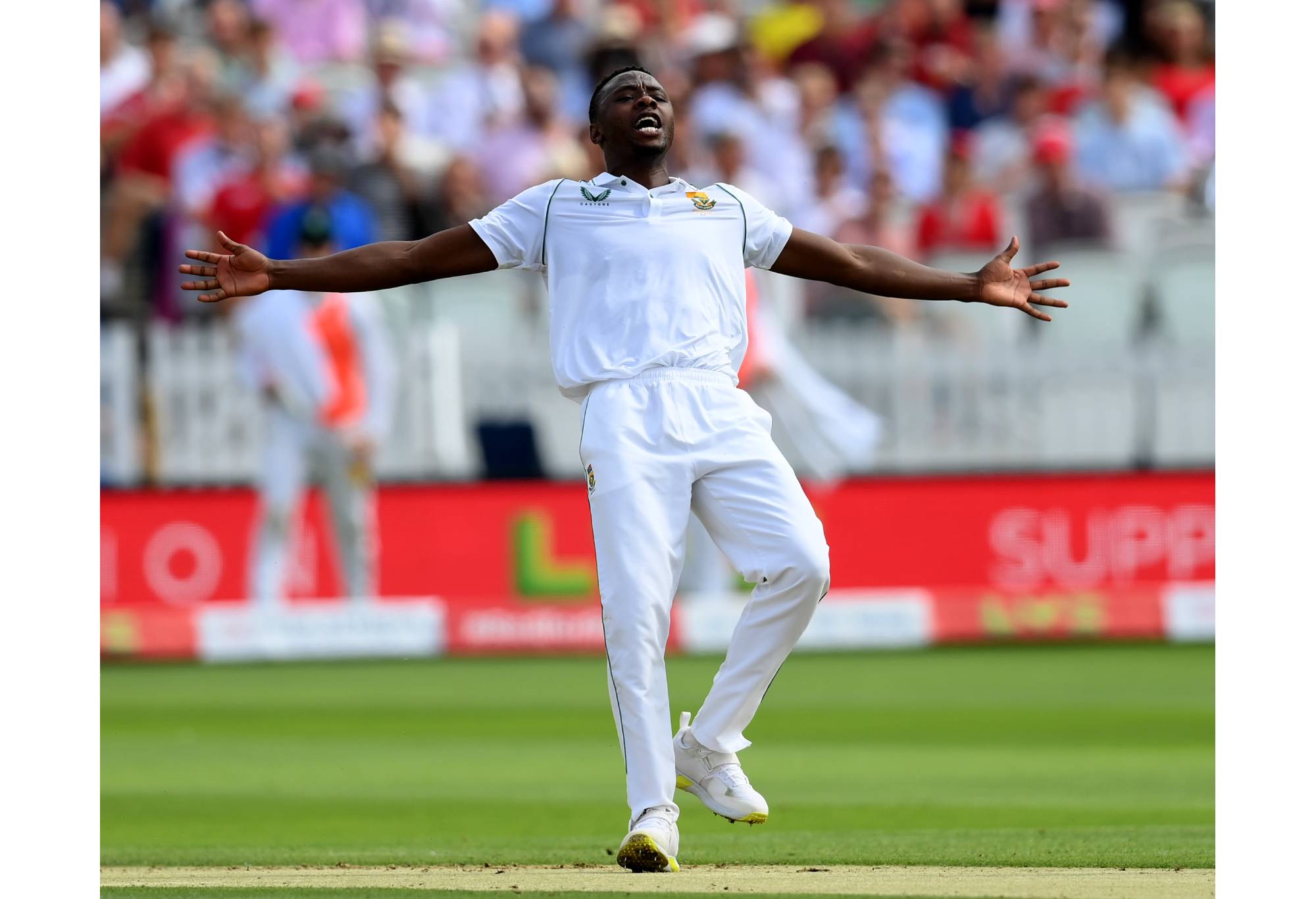 “It was my first time coming to Australia and I’d always wanted to challenge myself in the different regions of the world,” he said.

“Coming to Australia as a youngster against a formidable Australian team is where you want to prove yourself.

“The fact we won that Test series and that I contributed to the win was a massive confidence booster for me and has put me in good stead for the rest of my career.”

Rabada said he was still learning and growing as a cricketer.

“The game tests in you in different ways. It is all about responding. That is the journey,” he said.

He can’t wait to bowl in the first Test at the Gabba.

Pakistan top order batsman Azhar Ali has announced he’ll retire from international cricket after the third and final Test against England beginning in Karachi on Saturday.

The former captain’s tally of 7097 runs from 96 Tests puts him in the fifth place in the list of Pakistan’s leading Test scorers.

The 37-year-old played 53 one-Day internationals before quitting the format and does not play T20 cricket for the national team.

“Deciding on when to call it a day is always tough, but, after contemplating deeply, I realised that this is the right time for me to retire from Test cricket,” Azhar said in a statement issued by the Pakistan Cricket Board (PCB) on Friday.

“I retire from international cricket as a fulfilled cricketer who ticked most of the goals he had set for himself.

“Not many cricketers go on to lead their countries, and that I was able to captain Pakistan is a matter of great pride for me.

“From being a kid who started as a leg-spinner to becoming a mainstay in the Test batting line-up, I had the loveliest moments of my life that I will cherish forever.”

Azhar is the only Pakistan batsman to score a triple-century in a pink-ball Test and his 302 not out in that 2016 match in Dubai against the West Indies remains his highest score in that format.

PCB chairman Ramiz Raja described Azhar as “one of the most committed and loyal servants of Pakistan cricket.”

“His grit and determination have been an inspiration for many young cricketers and he is a role model for up and coming cricketers,” added Raja.