England excelled with bat and ball on what Stuart Broad hailed as a “perfect day” against Pakistan on Saturday, as the tourists edged towards a famous series win with help from much-praised displays from Harry Brook and Jack Leach.

While Pakistan started day two in the ascendancy and moved to 142-2, they then lost their next eight wickets for 60 runs as Ollie Robinson superbly bowled Babar Azam, while Leach (4-98) impressed and took his 100th Test wicket.

England then made Pakistan pay with an impressive, yet measured by their standards, second innings with the bat.

After Ben Duckett made 79, Brook (74 not out) and Ben Stokes (16 not out) steered England to Pakistan’s first-innings total – 202 – at the close of play, with a 281-run lead and still five wickets remaining. 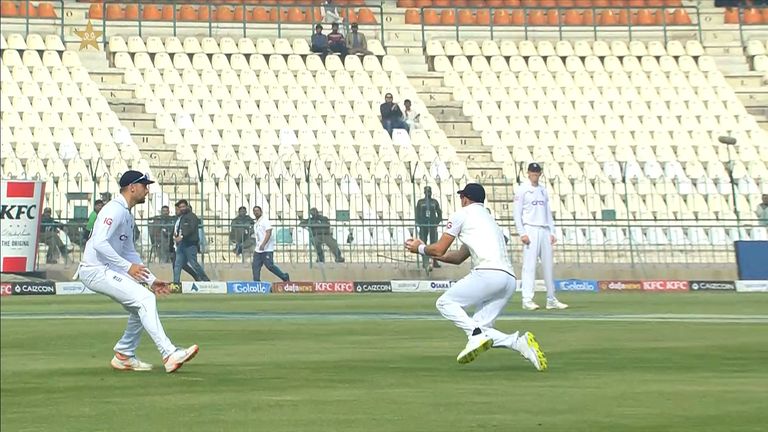 “It is hard to decide whether session one or session three was the better session for the England team.

“Obviously session three doesn’t happen without the bowlers doing their stuff earlier in the day. It feels a long time ago now, but the pressure the bowling group created for Rizwan squeezed the game really.

“Then Duckett set the tempo beautifully opening the batting then Brook has taken over.”

Michael Atherton agreed, with England now possessing a chance of clinching the match and series as early as day three on Sunday, which is all live on Sky Sports Cricket from 4.45am.

“If you said to them by the end of Day Two you’ll be 281 runs to the good, they’d have snapped your hand off,” Atherton stated. 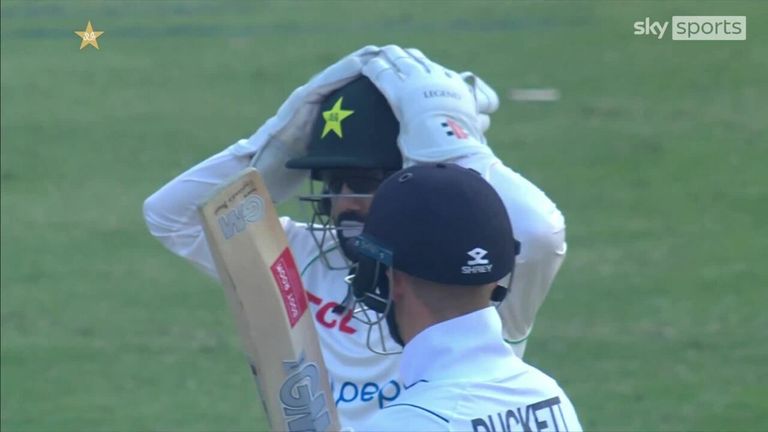 “It was a fantastic morning, with the application of pressure from both ends from the moment Robinson knocked back Babar’s middle stump. Seamers at one end with a bit of reverse swing and Leach just plugging away at the other, Pakistan were going nowhere and in the end that pressure just told.

“And then there was just some very sensible batting. England are going at over four an over in that second innings which is fast by Test match standards, but it felt very sedate by England’s standards.

“Pakistan pushed the field back and England basically knocked it around, taking a bit of risk out.

“I’m sure what they realise here is this is their opportunity, they’re 1-0 up they want to take this opportunity, and that should be a 2-0 series lead.”

Brook earned praise from Broad for his batting on Saturday.

“It is only his third Test match, and he has settled in incredibly to an England Test match shirt,” said Broad.

“I think we have known for a while he is a fantastic player but to prove it so consistently in quite a short amount of time. 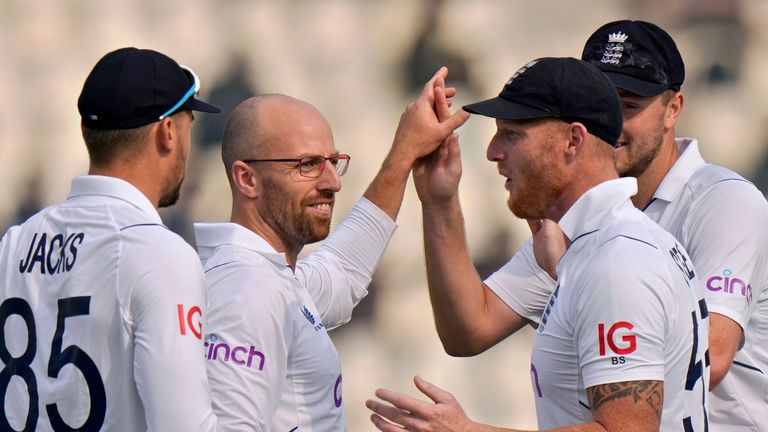 Much of the adulation, though, was saved for Leach after he took his 100th Test wicket, becoming the 14th England player to do so this century.

“I love the fact Leach has taken 100 Test wickets,” said Broad. “He is a great guy in the dressing room and always a positive guy.

“Stokesy has simplified it a bit for Leach I think. He has said you are keeping your fielders up; I don’t care if you get hit for six or four over the top, I want them to keep trying that and when it goes wrong, you are going to have fielders who can catch it.

“I think he has developed and learnt a lot. 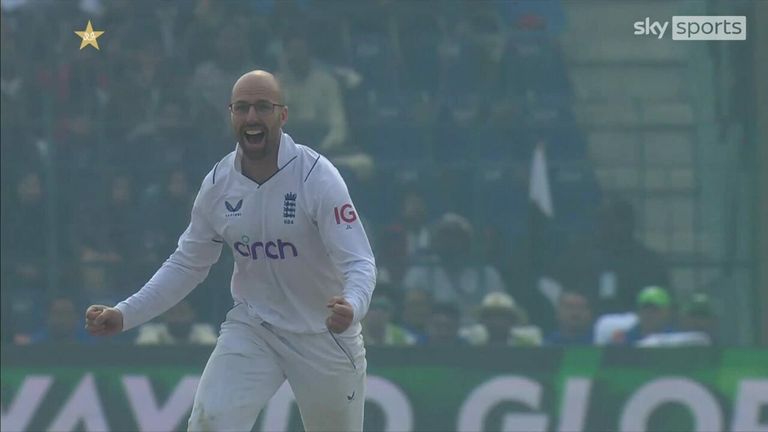 “He has played 31 Test matches and has played in all sorts of different conditions and his record is up there with English spinners.

“He has done a fantastic role for the side especially since Stokes has taken over.”

Mark Butcher added: “He is quite limited, and I don’t mean that in a disparaging way as a spin bowler, he doesn’t have lots of tricks up his sleeve in terms of drift and float and everything.

“But what he does offer you is real solidity and knowing he has that backing from the captain has allowed him to go out there and believe that is good enough.

“He will plug away doing this, and he will get his rewards based around the virtues of patience and accuracy.

“Then the rest of it doesn’t matter.” 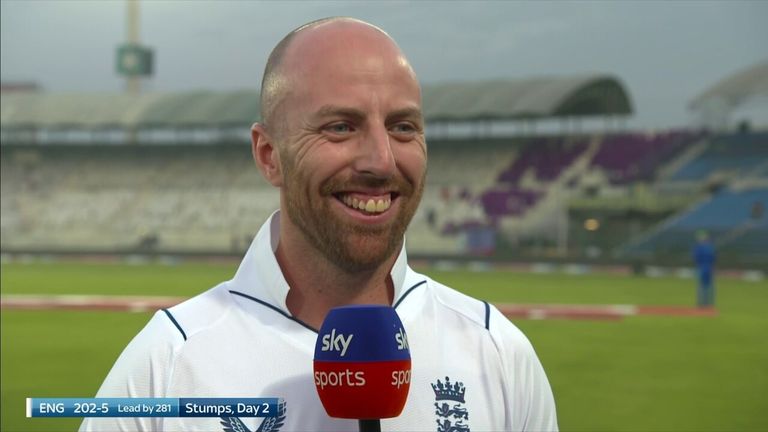 After reaching 100 Test wickets, Jack Leach said it was a moment he thought he would never see and admits that he’s still getting better

Leach, meanwhile, admitted it was a milestone he never thought he would reach.

“Really pleased, never thought that would happen to be honest!” he said. “It’s amazing, and I just want it to contribute to a win.

“It’s crazy to think I’ve got 100 wickets in Test matches just because of how difficult I’ve found it at times.

“Then you realise there’s been some good moments along the way and you’re doing some good things. I definitely feel I’m getting better and better as I play more, so that’s pleasing.”

Watch day three of the second Test live on Sunday from 4.45am on Sky Sports Cricket.


No, your next iPhone’s chip won’t be ‘Made in America’