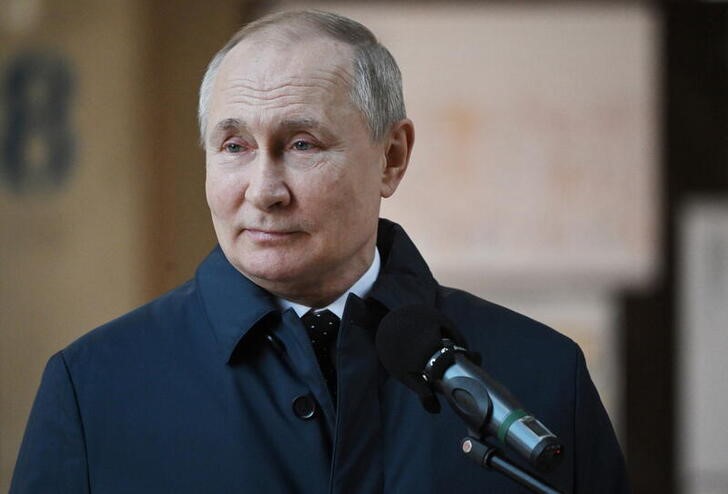 Investing.com — Crude prices just had their worst week in nine months, driven by headlines about recession and a price cap on Russian oil, while barely paying heed to the comments of two men who typically dictate the market’s direction: Presidents Vladimir Putin and Xi Jinping.

Putin, the Russian president, threatened to cut production if the West’s “stupid” – yes, that’s what he called it – price cap on his country’s oil isn’t removed.

Xi, the leader of China, spoke about buying more oil from Saudi Arabia and revived talk of using his country’s currency, the , for trade with Gulf countries.

“Meh”, said the market – or the equivalent of whatever – and continued going lower.

It’s not that oil traders no longer find Putin or Xi interesting enough to follow. Under ordinary circumstances, both men can move crude prices in a heartbeat, with either words or policies.

But these aren’t ordinary times in oil. If you haven’t noticed, the narrative in oil has drastically changed in the past two to three quarters.

“The short-term crude demand outlook has deteriorated significantly as no one has a strong handle on how bad a recession will hit the US economy,” Moya said. “China’s COVID situation also remains a big concern as the end of their COVID-zero strategy could cripple their health system.”

From a supply-dictated environment that sent a barrel of Brent to a 14-year high of almost $140 in March, the market is now dominated by demand concerns as traders worry about how the global economy will perform in 2023 if the Federal Reserve to the European Central Bank do not stop hiking rates to subdue inflation.

Thus, the price cap of $60-per-barrel imposed on Russia’s crude isn’t meant to only limit the earnings from oil that go into funding Moscow’s war in Ukraine.

The proponents of the price cap – comprising the Group of Seven major powers, the European Union and Australia – believe energy prices need to be curbed as well in order to offset the impact of a deep recession.

Of course, to oil producers like Russia, that logic is just horse manure.

“This will lead to the collapse of the industry itself, because the consumer will always insist that the price be lower,” said Putin. “The industry is already under-invested, under-funded, and if we listen only to consumers, then this investment will be reduced to zero.”

“All this will lead at some stage to a catastrophic surge in prices and to the collapse of the global energy sector. This is a stupid proposal, ill-conceived and poorly thought-out.”

His remarks showed how annoyed he was at the idea of the United States and its allies using Russia’s own oil as a weapon to try and stop its advance in Ukraine – never mind that he himself held the West hostage to Russian energy just months ago by threatening to cut off gas supplies to Europe.

Putin said the West’s attempts to squeeze Russia’s oil earnings via the price cap won’t work as Russia was already selling its crude at around $60 per barrel.

What he failed to realize perhaps was that traders were betting on the same thing – that the cap won’t really matter to Moscow for it to retaliate unless West Texas Intermediate and Brent prices go a lot higher (for a deeper dive on the price cap and what will really make it tick, read our ).

Thus, when Putin hinted that Russia might retaliate with production cuts, the market was already aware there was no urgency for Moscow to do that. For good measure, Putin added that “concrete steps” will be outlined in a presidential decree “to be released in the next few days”. We patiently await that.

In Xi’s case, he said China wants to buy more oil from Saudi Arabia and told Gulf leaders on Friday that his country aspired to use its yuan currency to trade oil and gas with them.

The talks with China over yuan-priced oil contracts have been off and on for six years but have accelerated this year as the Saudis have grown increasingly unhappy with decades-old U.S. security commitments to defend the kingdom.

China buys more than 25% of the oil that Saudi Arabia exports. If its wish to get the Saudis to accept the yuan succeeds even remotely, it would go a long way in supporting Beijing’s goal of establishing its currency internationally and weakening the dollar’s grip on world trade.

The last time Saudi Arabia was in active talks with Beijing over the use of the yuan for trade was in mid-March, when oil markets peaked during the early days of the Ukraine invasion.

This time, Xi was touting the yen partnership at a highly-publicized state visit to Riyadh, where Saudi Crown Prince Mohammed bin Salman was hosting him to showcase the young royal’s ambition of expanding relations with Asia’s biggest power to give the diplomatic finger to the Arab world’s traditional partner: the United States.

He then encouraged Gulf nations to make full use of the Shanghai Petroleum and National Gas Exchange as a platform to carry out yuan settlement of oil and gas trades.

China and states of the Gulf Cooperation Council (GCC) are natural partners for cooperation, Xi added in his Riyadh speech.

Oil traders listened and barely reacted – proving their minds were somewhere else.

The oil trade, meanwhile, was bracing for more volatility in 2023 as the West’s price cap on Russian oil and headwinds to global growth offset potential demand surges and supply crunches.

“Choppy is the word to describe how oil markets are likely to be in the coming days and weeks,” said John Kilduff, partner at New York energy hedge fund Again Capital.

“There are worries about Europe in recession and of central banks over tightening to get a handle on inflation. Then, you have the occasional headline of a pipeline in trouble, like Keystone. Anything could yank the market two bucks either way on any day. The market is nervous as a tick.”

WTI attempted to test the psychological handle of $70, before settling the week at $71.50 – a tad above the 50-Month Exponential Moving Average (EMA) of $71.09, though below the 200-Month Simple Moving Average (SMA) of $72.50, Sunil Kumar Dixit, chief technical strategist at SKCharting.com, said.

“Though traditionally, these two major moving averages on longer time frame bear significant impact and have enormous potential for a trend reversal, it is equally important to remember that the prevalent bearish trend can dig in deeper,” said Dixit.

“This could have immediate and reliable support at $65, which coincides with the 200-week SMA of $65 and the 38.2% Fibonacci level of retracement measured from the major upwave”.

In the event buying starts with the $70 active support, then $73.60 and $76.30 could be the immediate and first line of resistance, Dixit said.

The latter can also be an acceleration point for further rebound toward the 100-week SMA of $82.

Gold longs seem bent on finishing the year at $1,800 an ounce or above. Tuesday’s , or CPI, report for November will probably determine if that’s possible.

A CPI reading measurably lower than the 7.7% reported for the year to October would likely help the Fed be less hawkish with its Dec. 14 , due a day after the inflation data. That could extend gold’s rally into the $1,850 region.

But a new CPI reading of 8% or around there for the year will most likely indicate to the Fed that it needs to continue being tough with rate hikes in 2023 as inflation is barely yielding its way. That could spell trouble for gold longs’ hopes of keeping the yellow metal to their $1,800-and-above target.

In its bid to control surging prices, the central bank has added 375 basis points to interest rates since March via six rate hikes. Prior to that, interest rates peaked at just 25 basis points, as the Fed slashed them to nearly zero after the global COVID-19 outbreak in 2020.

The Fed, which executed four back-to-back jumbo rate hikes of 75 basis points from June through November, is contemplating a more modest 50-basis point increase in December.

Gold seems firm on its resolve to hold to $1,800 pricing despite some sideways movement, Dixit of SKCharting said.

“This is clear from the second attack it has made on the 100-week SMA of $1,800 during the just-ended week,” said Dixit, who tracks the spot price of gold.

The latest rebound was fueled by strategic support lent by the 38.2% Fibonacci retracement that came from the $2,070-$1,614 correction.

“Apart from this, buyers are not missing any opportunity for corrections,” Dixit said. “This is obvious from the way value shoppers have bought the dips when prices dropped to the $1,765 level.”

Additionally, the 5-week EMA of $1,767 was trying to cross into the 50-Week EMA of $1,772 from below, indicating technical and strategic support for a further leg up.

Disclaimer: Barani Krishnan does not hold positions in the commodities and securities he writes about.

“LeBron just didn’t have it”