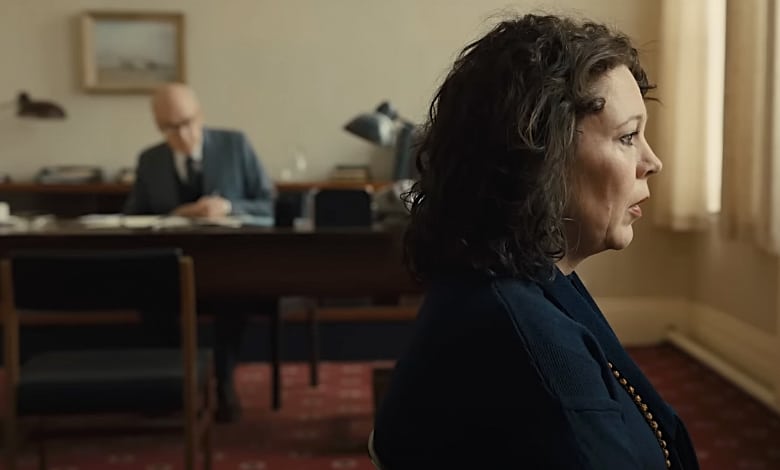 Every film lover has their favorite movie theater, a place that lives in the mind as not merely a place to sit and escape but a temple that allows for memory and imagination to run wild as we gaze into someone else’s dreams.

Yes, I’m talking about brick-and-mortar movie theaters, some of which can be described as the kind of charmingly run down, downright sleazy auditoriums with impossibly sticky floors and seats that clang after you get up to leave.

There are also the movie palaces, those gorgeous monuments that, by mere entrance, give you the feel that you’re about to witness something truly special, despite the title on your ticket declaring “Freddy Got Fingered.”

Anyone who views filmgoing as a place to get lost and found in the flicker of an artist’s cinematic dreams has a theater they return to, either presently or in the dusty memory that they keep polished with fondness.

Sam Mendes’ “Empire of Light” is about this very thing, a loving tribute to the old style of moviegoing, particularly a massive, classical and multi-level theater in England called the Empire.

The film is also about a lonely worker at the theater, played by Olivia Colman, who has an inappropriate relationship with her boss (Colin Firth) and begins an unexpected friendship with the new usher (Micheal Ward).

This is a character drama, but more importantly, it’s about a time gone by and longed for by cinephiles who prefer the experience of seeing movies in a place of meaning and not simply at home.

“Empire of Light” is the kind of movie where characters walk past a hallway of framed movie posters of great films, walk up and down a theater aisle and marvel at its beauty and even discuss the science of projection.

Toby Jones plays the theater’s projectionist and his monolog about how it works and involves the remarkable science of still photographs appearing to move is another highlight.

If only the characters were as textured as the setting.

Like the rotting mall movie theaters of my youth, with their stained carpets, rickety seating and fading marquee signs, this is the type of film I’ll watch again to revisit the setting but with a mild regard of the story.

Mendes has run into trouble before with his smaller films: while his two James Bond films, as well as “Road to Perdition” (2002) are masterpieces, his “Away We Go” wasn’t memorable or even remarkable. Mendes has always been a stronger visualist than storyteller.

Roger Deakins’ cinematography is exquisite and the reason why this should only be seen on the biggest screen possible. In fact, the film looks so extraordinary, the warm, often breathtaking visuals are almost enough to distract you from a story that isn’t anywhere near as strong.

However, if you’ve ever worked at a movie theater or ever attended a film palace like the Empire in this film, the specifics of the art direction (like the glowing neon and vintage movie posters) will add to the tribute to movie houses (and, to a lesser degree, those who work there) Mendes is going for.

Colman is very good here, but she’s played better, richer roles. It’s nice to see Firth excel playing such a slimy character. As much as I loved all the scenes of how the theater works and holds its forgotten secrets, nothing here comes close to Giuseppe Tornatore’s “Cinema Paradiso” (1989).

While it explores an environment where casual racism and indifference towards bigotry plagues the landscape, Mendes’ heart is really in the movie theater scenes. Of course, once our protagonist finally decides to go watch a movie, it’s Hal Ashby’s profound “Being There” and not, say “Friday the 13th, Part 2.”

While the screenplay is quite serious and delves into topics like bigotry and social etiquette, I always found Mendes’ lingering over the projector booth, lobby and empty dining room more compelling than the love story.

After the back-to-back 007 blockbusters and the surprise hit of “1917,” Mendes was clearly in a position to ask for and get to do whatever film project he wanted. This isn’t a folly, but it isn’t a total success, either.

I found myself turning around during a screening of “Empire of Light” and noticing the projector booth, with its warm glow and rays of film extending to the screen. Mendes (and certainly Deakins) reminded me of how special it is to be out and in a movie theater, and I appreciated the reminder.

Two and a Half Stars