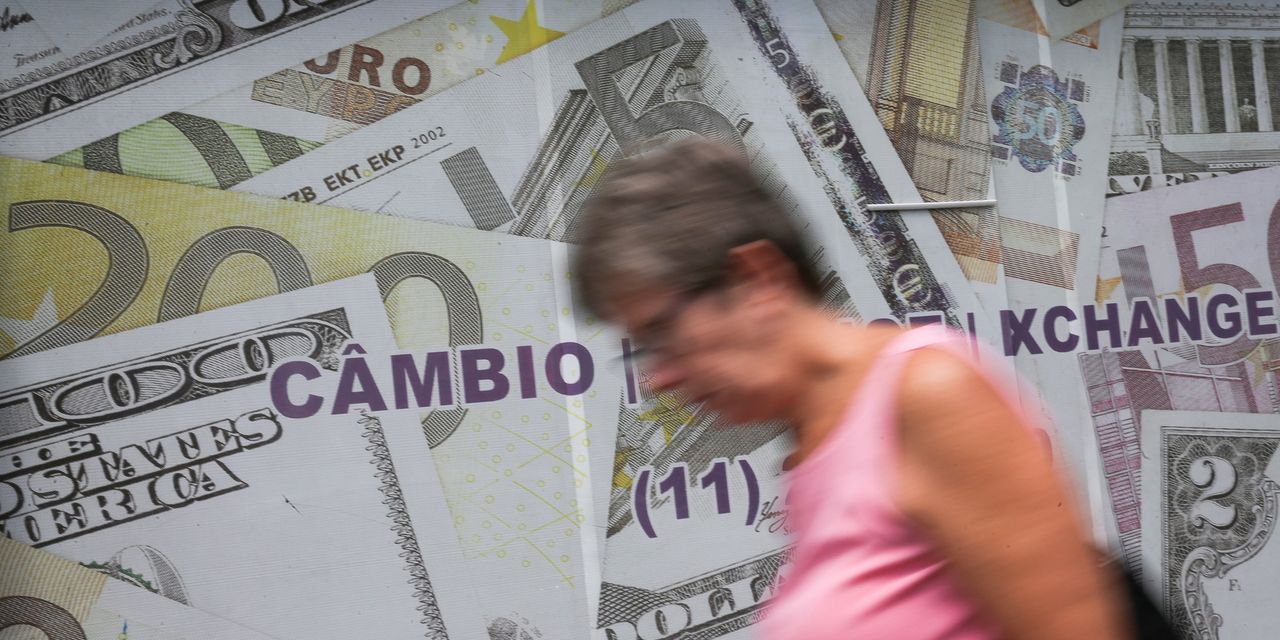 A strong US dollar isn’t driving emerging-markets currencies into a tailspin. That is unusual.

Returns on emerging-markets currencies are higher than on those from developed economies since January, according to data compiled by Barclays.

The WSJ Dollar Index, which measures the US dollar against a basket of currencies, is up nearly 6% year to date, reaching levels unseen in decades as inflation and worries of slower growth grip the globe.

But currencies including the Brazilian real, Chilean peso and South African rand have notched gains even as the dollar was strengthening. That is because investors have been scooping up currencies that gain from higher commodity prices and trade dislocations.

The real — which has appreciated 13% against the dollar year to date — has been a favorite among asset managers because of Brazil’s status as a lead exporter of soybeans and coffee.

The Chilean peso has benefited from Chile’s being one of the largest copper producers in the world.

Financial markets have been volatile in May. The dollar has retreated from its highs in recent weeks, and the yield on the benchmark US 10-year Treasury has fallen back below 3%. Still, analysts and traders say the size and pace of recent moves remain significant.

“How emerging-market currencies could rally throughout the first quarter in a world where you had a war, supply-chain destruction, a strengthening dollar and weaker euro — those things do not tend to happen,” said Nafez Zouk, an analyst at London-based Aviva Investors.

The dollar functions as the world’s reserve currency and is used for trading commodities in the global economy. A stronger dollar often hurts emerging-markets economies by weakening their currencies and spurring inflation. It also makes importing foreign goods more expensive.

Do you expect the US dollar to maintain its strength relative to global markets? Why, or why not? Join the conversation below.

Emerging-markets currencies tend to depreciate when the dollar suddenly moves higher. That is because investors flock to the US dollar when they are concerned about global growth prospects or seeking shelter during periods of market tumult.

Investors are now focusing on trade balances and local factors to gauge whether to buy or sell foreign currencies, rather than the direction of the US dollar.

“Typically the dollar drives what happens,” said James Lord, head of emerging-market foreign-exchange strategy at Morgan Stanley. “But commodity prices have gone up in the context of slower growth, creating different relationships between commodities, the dollar and emerging-market currencies.”

Some of the losers in emerging-markets currencies are exposed to China or rising energy costs. Hedge funds have been selling currencies such as the Thai baht and the South Korean won. Thailand and South Korea largely rely on others for fuel.

Investors are buying emerging-markets currencies linked to countries where central banks are raising interest rates to rein in price increases. The Central Bank of Brazil this month increased its benchmark lending rate to the highest level in five years, while the National Bank of Poland increased its key rate by three quarters of a percentage point, to 5.25%. That has attracted investors to the Polish zloty and Brazilian real.

“Emerging-market central banks are forced to tighten policies to keep pace with the Fed,” said Stephen Gallo, European head of FX strategy for BMO Capital Markets. “It’s either that, or capital controls are imposed.”