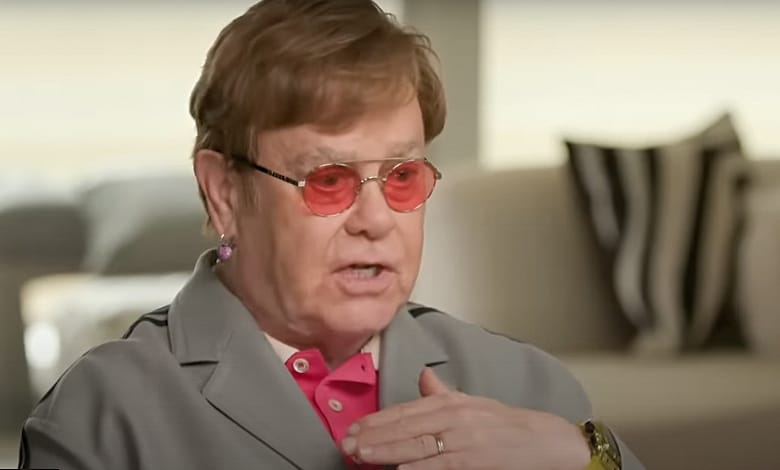 Elton John committed one of the most subversive acts performed by any rocker … ever.

John performed at the wedding of radio titan Rush Limbaugh and his bride, Kathryn Rogers, in 2010. John, who is gay and married to David Furnish, seemed an unlikely choice to entertain the conservative firebrand.

The gig brought plenty of heat to the Grammy winner. Gay columnist Michael Musto dubbed him a “whore,” for example. The pop icon must have known that reaction would be coming, but he took the gig anyway (and reportedly shared his fee with a favorite AIDS charity, according to People magazine).

John had a personal connection with Limbaugh, one forged far from their respective microphones. The decision went deeper than that.

The “Rocket Man” also knew that through debate, and dialogue, people can find their way to understand each other.

It’s why John’s actions this week seemed out of character, to say the least.

All my life I’ve tried to use music to bring people together. Yet it saddens me to see how misinformation is now being used to divide our world.

I’ve decided to no longer use Twitter, given their recent change in policy which will allow misinformation to flourish unchecked.

John simply regurgitated the corrupt media’s line of attack against Elon Musk, the new Twitter owner who has dramatically changed how the Big Tech behemoth operates.

Media outlets have raged against Musk in recent days as he dismantled sweeping sections of the company dedicated to censorship and one-sided fact-checking. The same outlets said nothing as Twitter allowed left-leaning misinformation to thrive on the site for years, from Hillary Clinton’s repeated election denials to COVID-19 rulings not based in hard science.

No Big Tech platform is perfect, but few voices spoke out about “misinformation” when it flourished in the pre-Musk years.

Plus, we’ve seen proof of Twitter’s willingness to crush both dissent and valuable information via the first two installments of “The Twitter Files.”

The old Twitter regime hid information that could hurt Democrats, like the Hunter Biden laptop scandal, while letting reams of Fake News flood the platform without a hint of punishment. Liberal stars could share misinformation to their heart’s content, while Tweeting hate toward Republican figures, and know they wouldn’t face any consequences.

You might think an artist of John’s caliber might be uncomfortable with that state of affairs. Instead, he quits the platform under dubious circumstances.

Instead, Musk took a page out of John’s playbook.

I love your music. Hope you come back. Is there any misinformation in particular that you’re concerned about?

An artist as seasoned, and wise, as John should know better than to cheer on censorship and strict content guardrails. The arts demand creative freedom to flower, as do cultural conversations on the most challenging topics of the day.

Here’s betting John has no real answer for Musk. His team likely thought this was the proper virtue signal to share at the time.

Musk’s kind but targeted response reveals the folly of the “misinformation” critics.

How One Company Is Making Psychedelic Therapy a Workplace Benefit


Jeans pulled from a 19th century shipwreck sell for a fortune