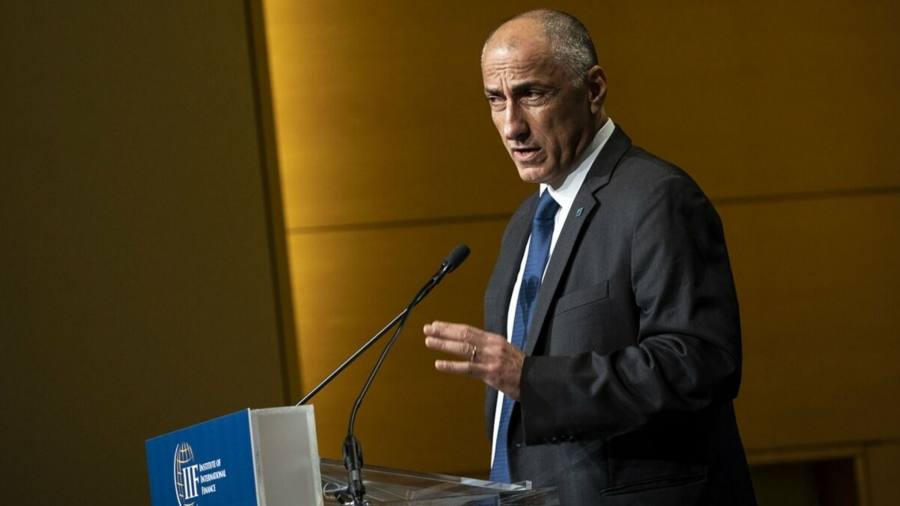 Egypt’s central bank governor has resigned as the Arab state struggles with a foreign currency shortage and the economic repercussions of Russia’s invasion of Ukraine, according to state-run media.

President Abdel Fattah al-Sisi had accepted Tarek Amer’s resignation and appointed him as a presidential adviser, Egyptian state media reported. There was no announcement on who would replace him, with the bank due to hold a monetary policy committee meeting on Thursday.

Amer had held the post since 2015 and was appointed for a second term four years later. But he had come under increasing pressure after foreign investors withdrew $20bn from local debt markets and global food and energy prices soared after Russia invaded Ukraine.

In March, Egypt turned to the IMF for additional financial support and those negotiations are continuing. It is already one of the fund’s biggest borrowers, securing a $12bn loan in 2016 and about $8bn in loans during the coronavirus pandemic.

The government was credited for making tough fiscal reforms to secure the IMF loan in 2016, including allowing the Egyptian pound to devalue, with the currency losing half its value.

But Sisi’s regime has been criticized for expanding the role of the military across all spheres of the economy, putting off foreign investors and crowding out the private sector.

Economists have also expressed concern about its dependence on foreign investor inflows to help finance its current account, and the central bank’s determination to keep the pound stable to attract portfolio investors.

“Amer has maintained a stable currency to make sure foreign investors don’t make any losses, which has created a massive moral hazard trade where investors can just go in and know they aren’t going to make any FX losses,” said a banker . “And when things get tough they just withdraw their money. It happened in 2018 and in 2020 during the coronavirus and again this year.”

Greater exchange rate flexibility is believed to be one of the IMF conditions for a new loan package.

The banker added that the central bank had also imposed new regulations that meant importers had to use letters of credit. But banks have lacked the capacity to process all the letters of credit, causing a backlog that has created a shortage of some imported raw materials and luxury goods, the banker said.

Jason Tuvey, an economist at Capital Economics, said that Amer’s resignation “points to a growing tension within policymaking circles on the best way to address the country’s external imbalances”.

“The fact that talks with the IMF have dragged is probably a sign that some officials are reluctant to follow through on the fund’s demands and would prefer to rely on support from the oil-flush Gulf economies,” Tuvey said. Gulf states, including Saudi Arabia and the United Arab Emirates, have pledged trillions of dollars of investment and financial support to their traditional ally.

Farouk Soussa, economist at Goldman Sachs, said that overall Egypt, the Arab world’s most populous nation and the planet’s biggest importer of wheat, had weathered the global downturn “much better than many other countries”.

He added that it had benefited from high gas prices as an exporter, and that tourism, another important source of foreign currency earnings, had held up well. “But where Egypt has fallen down is on the financial side. It’s a victim of financial contagion, it’s a victim of a loss of confidence by the investor community and outflows from the financial system,” Soussa said. “What the foreign currency shortage has resulted in is the inability of the economy to finance imports and investment and that’s a real problem for them.”

In a note, Amer said he resigned “to leave room for new blood to take responsibility and push forward Egypt’s successful development process under the leadership of the president”. according to the state-run Al-Ahram media group.