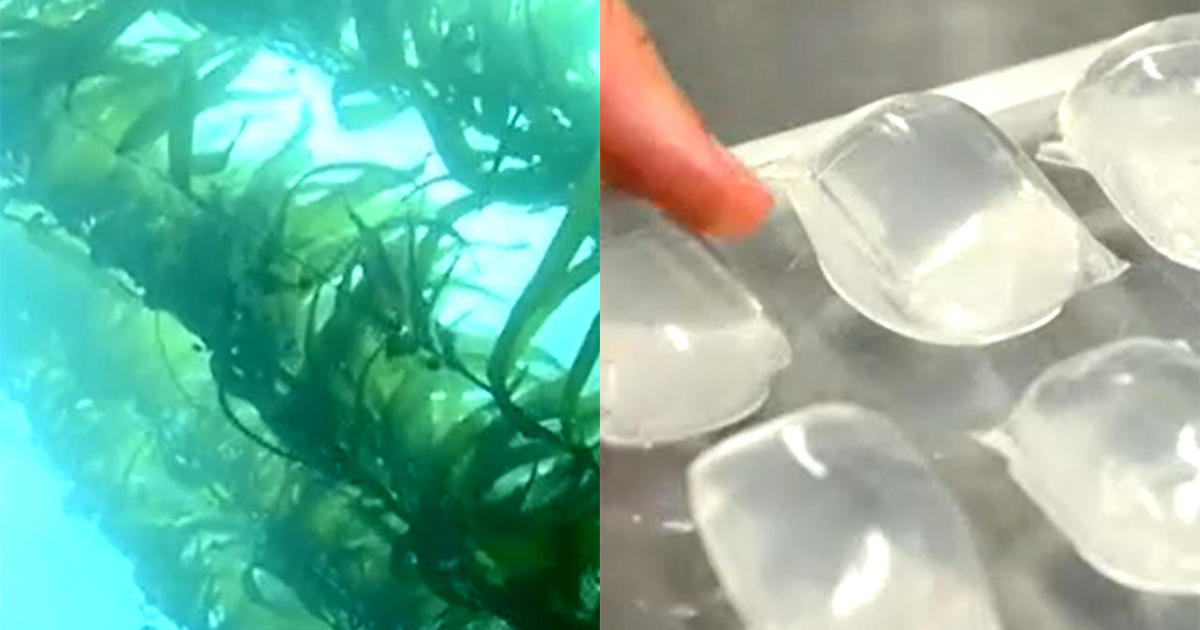 Dubbed the “Oscars of the Earth,” the Earthshot Prizes recognize and reward innovative projects addressing climate change and other serious environmental problems. This year’s Earthshot for “Build a Waste-Free World” was awarded to the London-based Notpla — a little wordplay of “not plastic” — whose mission is to replace single-use plastic with single-use seaweed.

“We have to look at it as a war effort,” he said, “because the scale of climate challenge is something that threatens the whole world all at once. It’s in the air, it’s in water, it’s in our blood.”

According to the United Nations, we produce 400 million tons of plastic waste every year. Half of that’s used just once, then thrown away, much of it to remain hundreds of years after we are gone.

“It’s very slowly fragmenting and releasing all of these other chemicals that are present in the plastic,” Paslier said. “The half-life of plastic being hundreds of years, we’re not going to see the peak of that for a very long time.”

Notpla’s determined designers, chemists and engineers have found an antidote in nature: Seaweed, one of the planet’s most renewable resources. It grows fast – some up to three feet in a day – and it’s resilient. There are 12,000 species, found in every ocean in the world.

Notpla has experimented with about 30 of them, concocting secret seaweed sauces, and turning them into transparent films – like transparent plastic wrap.

But how strong is it?

“It will break, but it’s definitely resistant enough for a lot of applications where there’s going to be relatively quick consumption,” Paslier said.

Like the Ooho: little jiggly pods for liquid on-the-go. They’ve been trialed with success at marathons and concerts where piles of plastic bottles are the unfortunate norm.

Notpla is making more form factors for condiments, too, like ketchup, mayonnaise and olive oil.  If its packaging ends up in a landfill, nature makes quick work of it in four to six weeks.

For now, Paslier says Notpla’s products aren’t price competitive with plastic, but commercial partnerships are key. The company’s teamed up with a U.K. food delivery app for seaweed-lined boxes, replacing plastic lining. Tie-ups with bigger brands for bigger change, he hopes, are just a matter of time.