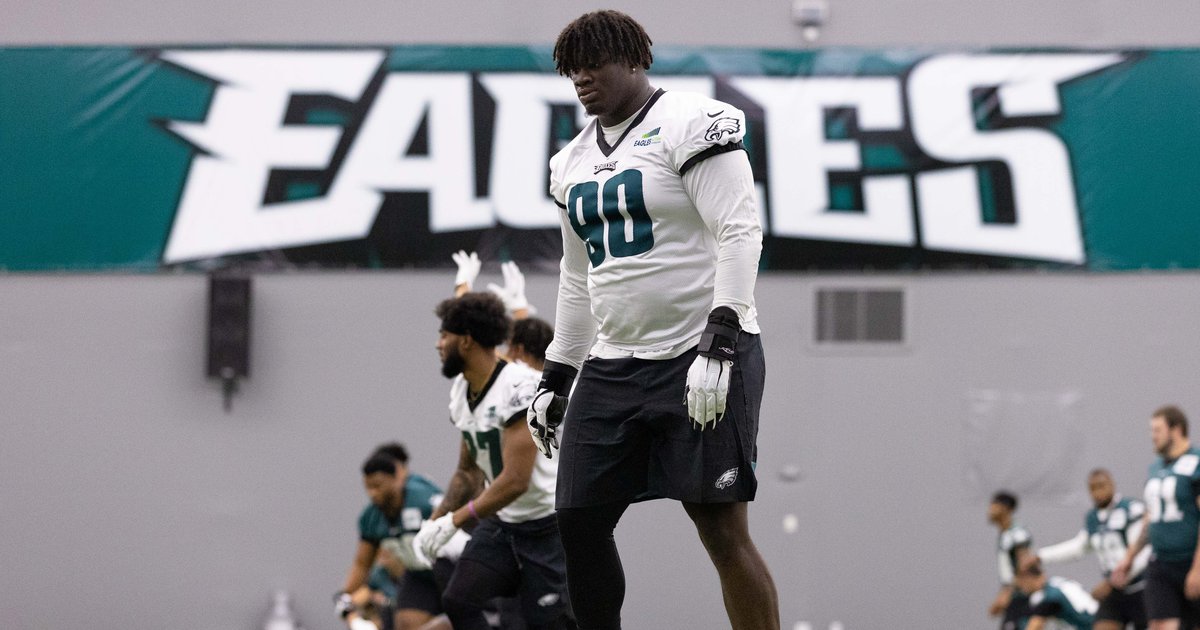 Over the last couple of weeks we’ve been taking a look at every player on the Philadelphia Eagles’ roster, and how they fit with the team heading into training camp. Today we’ll look at the defensive tackles.

After having a disappointing first season in Philly that was slowed by injuries, Hargrave had a fantastic training camp in 2021 and was a stud during the regular season, as he collected 63 tackles, 7.5 sacks, and 18 QB hits while earning his first career Pro Bowl nod. His production did slow up at the end of the season, so the Eagles would like to see him dominate in camp once again.

The Eagles should have traded Cox before the season last year in anticipation of his continuing decline at a time when the financial penalties would have been much more palatable. They did not, and instead restructured his contract for immediate cap relief, kicking the can down the road. Oh and hey, they might have even gotten something decent in return for him.

Cox proceeded to have the worst year of his career in 2021, when he had 35 tackles and 3.5 sacks, missing the Pro Bowl for the first time since 2014. He also openly griped about his role in Jonathan Gannon’s defense, and at times looked disinterested on the field.

In an otherwise logical offseason by Howie Roseman and the Eagles’ front office, this is the one move that is very hard to understand, as that money could have either gone to a player at a position of greater need, or banked for the future.

This offseason, the Eagles released Cox, taking on a big dead money cap hit that will eventually be a significant burden on the 2023 cap. It would have been fine if the Eagles just shook hands and parted ways with Cox, but instead, they then signed him to a brand new contract separate from the old one worth $ 14 million, an insane price for a player who will turn 32 during the season, and who is already in clear decline, at a position where the team was already strong.

With that caveat out of the way, Cox is still a good player, and if he’s invested this season, which happens to be a contract year, he could be a significant contributor in a very deep group of defensive tackles.

As a reminder, the Eagles paid a stiff cost to trade up for Davis in the first round of the 2022 NFL Draft, as it cost them three picks to move up two spots from pick no. 15 to pick No. 13.

Some quibbled about paying that price, but the context of that move made sense from the Eagles’ perspective.

Davis is a mammoth human being at 6’6, 341, and you can see on the field that he’s amazingly quick for his size.

Davis is probably among the top five most interesting players to watch during this upcoming training camp, mainly because he’s a size / athleticism unicorn, but also because there are some who see him as a flawed player.

There are many who believe that Davis is just a run stuffer who will play a very limited number of snaps due to stamina issues. The counter is that Davis played on one of the most talented and deepest defenses in NCAA history, and as such he often gave way to very talented pass rushers who kicked inside on passing downs. Hell, a certain first-round pick in the 2022 draft (Jermaine Johnson) transferred out of Georgia just so he could play.

Davis will have an opportunity to put some of those concerns to bed if he still looks spry at the end of practices deep into August.

Williams played a mix of DT and the Brandon Graham role in the Eagles’ defense during training camp and the preseason, but after Graham went down Week 2, Jonathan Gannon played ill-fitting guys like Ryan Kerrigan and Josh Sweat in that spot instead of Williams , who instead mostly played at DT. It would have been nice to see him get more snaps in that role, but 🤷‍♂️. He’ll likely focus on DT going forward.

Williams finished his rookie season with 30 tackles (6 for loss), 2 sacks, 6 QB hits, and 2 batted passes. He flashed down the stretch and gave the Eagles reason for optimism in his play in 2022 and beyond.

In an Eagles defensive front that includes Fletcher Cox, Javon Hargrave, and now Jordan Davis, Williams will be part of a rotation at defensive tackle that can rotate in and out of games, staying fresh against interior offensive linemen tasked with blocking a variety of players with different skill sets. He’ll have the chance to thrive whenever he is given opportunities.

After the Eagles spent a sixth-round pick on Tuipulotu, he had a quiet training camp and a rough preseason. During the 2021 regular season, he played in 5 games and made 5 tackles.

The Eagles are patient with players they draft, sometimes to a fault. While far from a lock to make the roster in 2022, Tuipulotu should still get every opportunity to make the team, even with four interior linemen ahead of him, and competition behind him.

Wren, a former fourth-round pick of the Bengals in 2019, spent the 2021 season on the Cincinnati Bengals’ practice squad. He appeared in one meaningless Week 18 game after the Bengals clinched the AFC North. His college scouting report, via Lance Zierlein or NFL.com:

Enticing prospect offering size, strength and athleticism to entice NFL general managers who covet elite traits over college production. Wren’s play was uneven while aligned on the nose in 2018, but he should benefit from a move to defensive tackle in an odd or even front as a pro. The cheat code in unlocking his ability and production might rest in a team’s ability to correct his hands and feet while improving recognition. With all things considered, “boom or bust” might be an appropriate tag for him.

Wren played in 11 games (2 starts) as a rookie in 2019, before landing on injured reserve to end the season. In 2020, he was placed on injured reserve in August with a quadriceps injury that ended his season before it even started.

He’ll be something of a reclamation project for the Eagles this offseason with an uphill climb to make the team. Maybe being two seasons removed from his quad injury will help.

At 6’4, 346, Elliss projects as a lane-clogging run stuffer (duh). From Lance Zierlein of NFL.com:

Imposing space-eater with flashes of physical dominance against a level of competition that has not fully tested him. Elliss was a heralded prospect out of high school and began his career at Mississippi State before transferring to Idaho, where his dad (former Detroit Lion Luther Elliss) coached him up on the defensive line. He has the physical tools and power to make a living as a two-gapping, odd-front nose guard but will need to improve his technique and footwork to become a true tree stump in the middle against the run. Ellis has Day 3 potential with starting upside, but weight management will be very important for him.

This was an interesting signing after the Eagles had already added Jordan Davis in the first round.

The Browns signed Wilson last offseason as an undrafted rookie free agent, but he did not make their 53-man roster. When the Eagles signed players to their practice squad after cutdowns, Wilson was a rare player they brought in from another team’s cuts. He played 19 snaps in the Practice Squad Bowl Week 18 against the Cowboys last season, but otherwise spent the entirety of the season on the practice squad.

Wilson is a player we profiled once upon a time in our “5 prospects to watch” series. He is a former five-star recruit out of high school who at one time was thought of as a likely high pick. This year will be our first chance to get a look at him in camp.