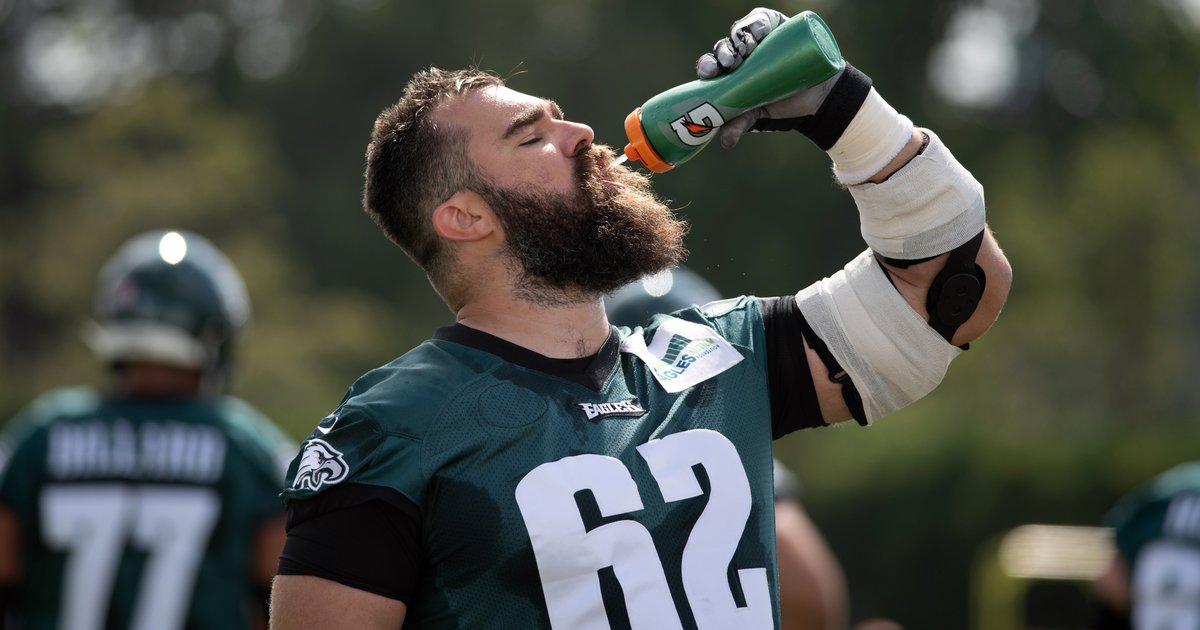 Over the next three or so weeks (basically whenever there is no other news to cover), we’ll take a look at every player on the Philadelphia Eagles’ roster, and how they fit with the team heading into training camp. Today we’ll look at the centers.

The continuation of Kelce’s professional football career is a year-to-year decision, but he remains at the top of his game and is still arguably the best center in the NFL. When you’re the best in the world at something, it’s kind of hard to give that up, and so, he’s back.

The Eagles had one of the best offensive lines in the NFL a season ago, and they were the primary reason the team won the nine games that they did in 2021. With Kelce’s return, the Eagles’ retain their offensive line leader and the heart and soul of the team.

I think we can just move onto the backups, yes?

For the second consecutive year, the Eagles drafted a successor for Kelce in the second round. Last year that distinction went to Landon Dickerson, who played center, guard, and tackle during his college career at Florida State and Alabama. This year it’s Jurgens, who started at center in all 31 of his games played at Nebraska.

Jurgens’ path to playing time in 2022 may only come via a Kelce injury. As a reminder, Kelce has started in 122 straight games, which is second-best in the NFL among all active players. It is assumed by some that Kelce is playing in his final season in 2022, and then he’ll hang up his cleats. Of course, the same was assumed by many this time last year, and Kelce decided to come back for another season.

When teams draft running backs, wide receivers, tight ends, defensive linemen, linebackers, cornerbacks, or safeties, those guys do not have to be starters to get playing time. They can rotate in.

At quarterback, the offensive line, kicker, punter, and long snapper, the starters typically do not sub out of games. Obviously, there is no shortage of examples of teams drafting quarterbacks and having them sit initially, but it does not often happen along the offensive line, and it’s particularly rare at center.

It’s worth noting that when the Eagles drafted Dickerson last year, he could not be penciled in as an immediate starter either. However, he had more positional versatility than Jurgens, and the oft-injured Brandon Brooks was a projected starter. It felt likely that Dickerson would play substantial snaps as a rookie, and as it turned out, he did.

It is certainly possible that Jurgens could play guard if need be, but he does not have any guard experience, at all. The Eagles also already have robust depth along the interior of their line, so even if the Eagles think Jurgens can play guard, he likely would not be the first (or even second) guy off the bench should Isaac Seumalo or Dickerson go down. Nick Sirianni has said that Jurgens can play guard, but we’ll see soon enough if the staff actually gives him ample reps there during training camp.

And so, Jurgens is not likely to garner the type of attention in training camp that a typical second-round pick normally might, because, well, he’s going to be a backup barring a Kelce injury.

That’s not to say that Jurgens isn’t an intriguing player. He is! Hell, Kelce himself enthusiastically endorsed the pick, and even helped scout Jurgens.

“This is my favorite player in the draft,” Kelce said during Bleacher Report’s draft coverage. “I’m not just saying that because we picked him. The Eagles have been using me to evaluate some of the centers coming out and of all the guys that I’ve looked at, like for the past 2-3 years, out of all the guys that compare the most to myself, this guy is him.

“He is so athletic, so fast. You see him out in space, he runs. He’s a natural athlete. You see the fluidity. He played tight end, a position convert. He’s only been playing offensive line for two years … This guy is a freak athletically. He has the best chance to be a difference-maker at the center position. I like this kid a lot. I really do. “

But certainly, a player like, saaaayyyy, third-round pick Nakobe Dean is much more likely to draw eyes in camp.

The Bills selected Anderson with a seventh-round pick (236th overall) in the 2021 NFL Draft. He did not make Buffalo’s initial 53-man roster, but he was re-signed back to their practice squad. After the Eagles lost Brooks, they poached Anderson, and he remained on the Eagles’ 53-man roster for the remainder of the season.

Anderson played a few snaps in a blowout win over the Giants Week 16, and he started at RG against the Cowboys Week 18 in the Practice Squad Bowl, before eventually moving to center after Brett Toth tore an ACL. Otherwise, he saw a smattering of action in a handful of other games on special teams.

Earlier this offseason I watched Anderson’s game against Dallas, and was mostly encouraged by what I saw. He looked like a playable interior lineman both at RG and C. Granted, this game did not mean a whole lot to the Cowboys, so it was a vanilla game plan, but he read stunts and blitzes with relative ease nevertheless.

I was impressed with the way Anderson moved to center in-game after Toth was forced to leave. He snapped the ball with no issues both in shotgun and when Gardner Minshew was under center, which might not sound like a big deal, but for a guy who started solely at RG in college, it’s noteworthy. He seems to have put in the work to be able to snap accurately and consistently, and it showed when his number was called. I believe they’ll continue to work him at center in addition to guard going forward.

Anderson has two years left on a super cheap contract (one year left on his current $ 840K contract, and one year as an exclusive rights free agent). If the Eagles did not have an extreme amount of depth along their offensive line, I would project Anderson to make the roster, but as is, he may need a guy to go down to get that opportunity.