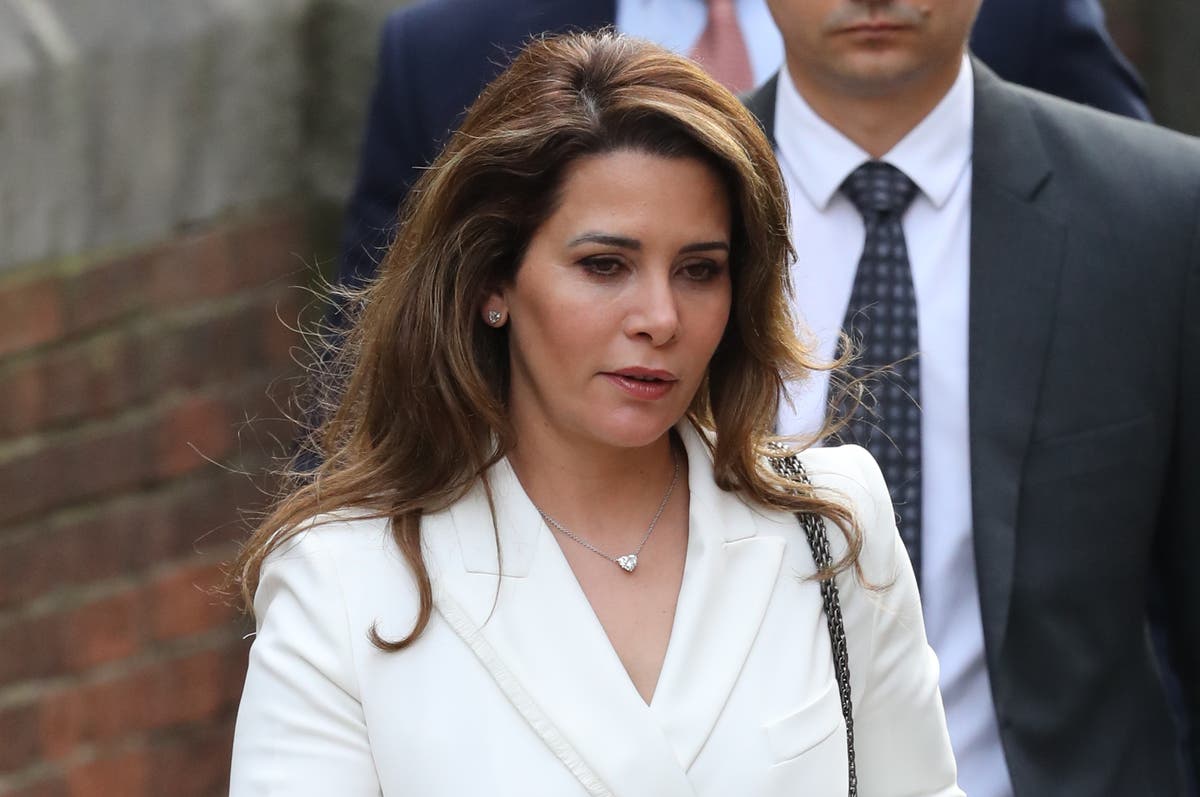 The ruler of Dubai abused his former wife to an “exorbitant degree”, the High Court has found at the end of a lengthy legal battle over their two children.

Sheikh Mohammed bin Rashid al-Maktoum “consistently displayed coercive and controlling behavior with respect to those members of his family who he regards as behaving contrary to his will,” senior judge Sir Andrew McFarlane said in a judgment published on Thursday.

The ruling is expected to be the final significant decision in the court case between Sheikh Mohammed and his sixth wife Princess Haya Bint al-Hussein, who fled the United Arab Emirates (UAE) in April 2019, having become “terrified” of her then- husband.

In the most recent judgment, Sir Andrew – the most senior family court judge in England and Wales – limited Sheikh Mohammed’s parental responsibility for his daughter and son, al-Jalila, 14, and Zayed, 10.

Princess Haya will now have sole responsibility for their two children in regards to their medical care and schooling.

“The decision to afford the mother sole responsibility for these important matters is justified by the need to reduce the potential for continuing harm to the children,” Sir Andrew ruled, finding the co-parenting relationship was “completely bankrupt”.

Sheikh Mohammed recently opted not to pursue direct contact with the two children, but can instead contact them indirectly, such as through telephone calls.

After fleeing to the UK nearly three years ago, Princess Haya applied for the children to be made wards of court and asked the High Court to make a series of findings about Sheikh Mohammed.

This led to nearly 20 judgments – including two fact-finding rulings and a record-breaking financial award of around £ 550m for Princess Haya’s lifelong security costs and the children’s care.

Sheikh Mohammed, the vice president and prime minister of the UAE, was previously found to have conducted a “campaign of fear and intimidation” against Princess Haya, as well as hacking her phone and orchestrating the abduction of two of his adult daughters.

In Thursday’s judgment, Sir Andrew found that Sheikh Mohammed’s behavior towards his ex-wife was domestic abuse “conducted on a scale which is entirely outside the ordinary circumstances of cases heard in the family court in this jurisdiction”.

He added: “Given his immense power and wealth, the potential for the father, and those in Dubai who do his bidding, to act remorselessly against the interests of the mother has been proved during these proceedings.”

The judge said that the “sustained” abuse towards Princess Haya likely had “a profound impact upon every aspect of her day-to-day life and her emotional wellbeing”.

He continued: “It will have totally dominated her thoughts, taken away her peace of mind and removed from her any sense of autonomy.”

In an earlier ruling, Sheikh Mohammed was banned from buying a £ 30m estate directly overlooking his ex-wife’s home in Berkshire, with Sir Andrew finding the attempted purchase took place “in secret”.

The High Court also previously heard that the multimillion-pound spyware Pegasus – which is only available to states – had been used on Princess Haya’s phone with the ruler’s “express or implied authority”.

The phone hacking, which Sir Andrew described as an “astonishingly intrusive and abusive action”, also targeted members of Princess Haya’s security and legal teams – including her solicitor and Conservative peer Baroness Shackleton.

In the most recent ruling, Sir Andrew said: “The father has acted, in a wide manner of ways, over a period of years, in a wholly coercive and controlling manner towards the children’s mother to a degree which can only be seen by her to be all consuming and all encompassing.

“His highness’ behavior towards the mother, in each of its separate manifestations, whether by threats, poems, coordinating press reports, covertly arranging to purchase property immediately overlooking hers, phone-hacking or in the conduct of this litigation, has been abusive to a high, indeed exorbitant, degree.

“Despite the court’s findings, in no respect has his highness accepted that any of this behavior has either taken place or that he has had any part in orchestrating it.”

The senior judge later praised Princess Haya for how she had cared for her two children in the circumstances.

He said: “These children are most fortunate to have had a mother who has striven to protect them as much as possible from the very significant stress that she has been under, and to keep them physically safe, whilst meeting all of their needs for care , education, stimulation, love and humor to a very high degree. ”

Sir Andrew later said he accepted that Sheikh Mohammed loved the two children, who loved him back.

However, the judge later said there was an “absence of any acceptance of responsibility, expression of remorse or understanding of the impact of this behavior on the mother” by Sheikh Mohammed.

“There has not been one word of apology to, or sympathy for, her,” Sir Andrew added.