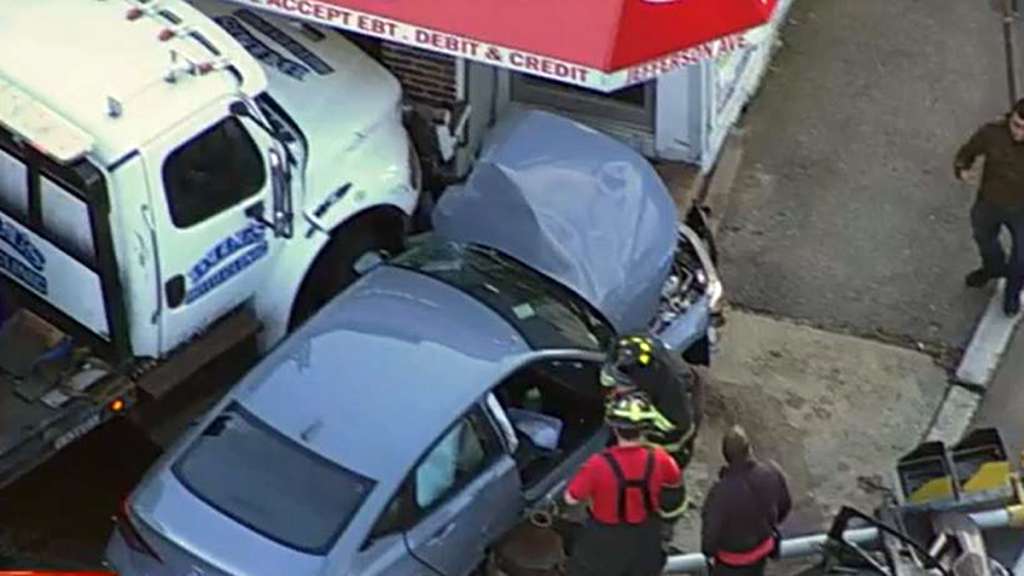 SALEM, MASS. (WHDH) – A driver was cited after a chain reaction, three-car crash sent a tow truck and a sedan crashing into a liquor store on Friday.

Emergency crews were called to the Castle Hill mini-mart on Jefferson Avenue around 5 pm for reports of the crash. The force of the collision left some damage to the store and toppled a traffic light. Customers were inside the store when those cars came crashing in.

“It really shook me,” said witness Sam Reinoso, who was inside the store when it happened. “I’ve never experienced anything like that in my life.

According to police, a black Toyota corolla made an abrupt decision to make a turn and a tow truck that was coming from behind tried to swerve. The tow truck then hit a light blue Honda that was coming in the opposite direction and pinned it into the front of the corner store.

Investigators say the driver of the Honda was trapped and had to be cut out of the car. He was taken to the hospital but is going to be OK.

Police say the driver of the Toyota corolla has been cited for an improper turn, but the full investigation is still ongoing. No one was seriously injured and the store is set to open back up on Saturday.