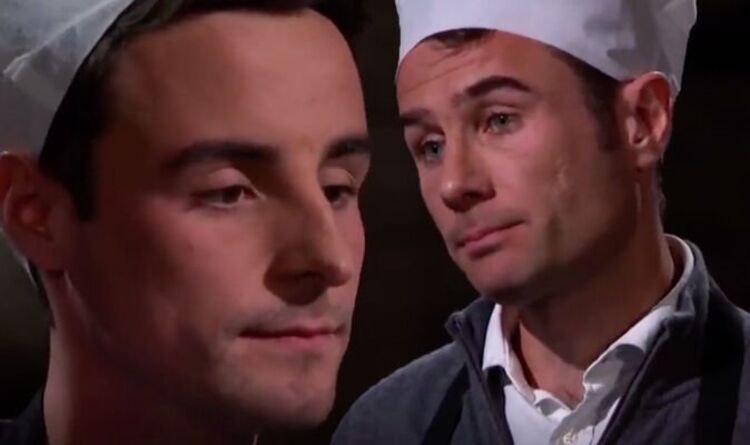 Co-founders Finn Lagun and Alessandro Savelli entered the Den in 2017 seeking £ 75,000 in exchange for 2.5 percent of the company, but all Dragons’ turned them down due to their “crazy valuations”. In an exclusive interview with Express.co.uk, Finn discussed his time in the Den, and the journey of his company since then.

Commenting on his time in the Den, Finn said: “They tore us to shreds, they destroyed us and they did not give us the money.”

He explained that the whole experience was nerve wrecking as there was a lot of preparation that went into it to make sure all their facts and figures were correct.

Despite not securing an investment, Finn was grateful for the opportunity and the exposure the Den brought, as millions of people were able to hear about the company.

The Dragons said they had a problem with the amount of money being lost in the business initially, but Finn explained that all the fundraising was necessary to grow the business.

He said: “We were taking investors’ money – yes losing it, but also growing it.

“We were trying to grow the business and obtain a valuation that would let us sell the business so our investors can get a nice return.”

Whilst on the show, the entrepreneurs had raised £ 500,000, however they explained to the Dragons they were aiming to raise another £ 3million in the coming years – something which shocked the Dragons.

Mr Savelli said: “That’s all it takes to create a business turning over £ 40million – £ 50million in five years from now.

“It will be a unique asset and unique brand in the food space.”

It seems he was right as by 2021, Pasta Evangelists had raised up to £ 4million, and was turning over £ 21million.

The company was sold in January 2021 to the world’s biggest pasta company, Barilla.

He added: “I was shaking, I was trembling and they were horrible. They were really unpleasant to us. But the way I saw it, was how funny it was.

“I walked away thinking what an opportunity to be able to take our brand on TV and to have been seen by millions regardless of what they called us.

“We were frankly happy.”

After their appearance on the show, the duo were invited by Harrods to occupy their pasta counter. They were the only fresh pasta brand in the store. Last year they were approached by the store to do a pasta bar in their Harrods restaurant Hall.

Pasta Evangelists is available in Harrods, Ocado, Amazon fresh and Deliveroo business. They have new places opening in London in partnership with market halls – it’s been non stop.

Finn continued: “The online business grew literally overnight and we were all hands on deck, packaging pasta overnight. Our sales grew about four or five times.

“Our traffic soared exponentially. We worked as hard as we could to serve as many customers as possible. ”

Dragons’ Den is available to watch on BBC iPlayer.