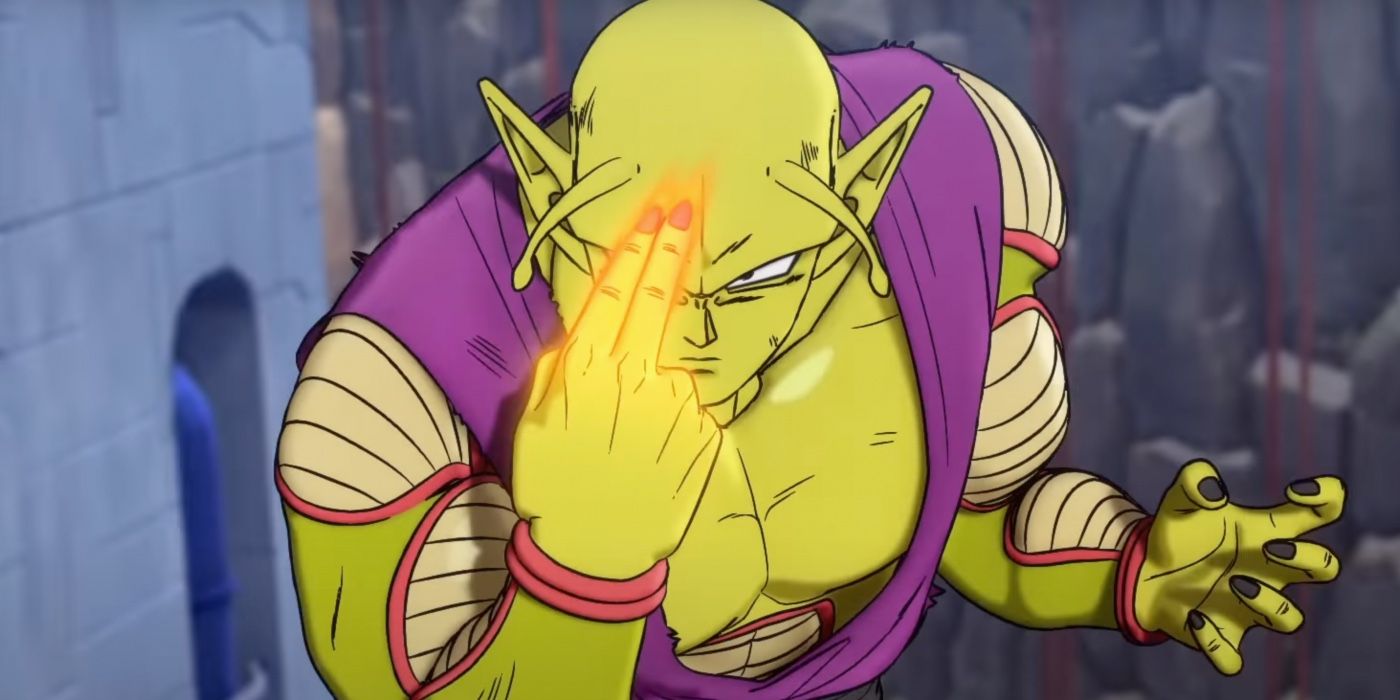 Beginning June 25, anyone who buys a ticket to Dragon Ball Super: Super Hero in Japan will get one of two new art prints by the series’ original creator, Akira Toriyama. Unforunately for anyone seeing the movie for the first time, both of these prints spoil major moments for the movie: the first of the new pieces of art showcases Piccolo in his new orange form, which is the last of the two new forms he transforms into during the movie. In addition to giving the Namekian fighter a new color scheme, the new transformation also gives him a more muscular appearance a glowing symbol on his back. The other piece of art depicts the movie’s surprise final antagonist, Cell Max, a new version of the classic Dragon Ball Z villain who stands several stories tall and also sports a new red color scheme. Theater-goers will be given one of these new prints, selected at random, while supplies last. Images of the art were shared online by DBS Chronicles.

The new movie will be released in the United States on Aug. 19. The film will be the first Dragon Ball movie distributed outside of Japan by Crunchyroll, who merged with the franchise’s previous international distributor, Funimation, in 2021. It is unknown if the bonus items given out to ticket-buyers in Japan will be available for fans in other regions.

Dragon Ball Super: Super Hero premiered in Japan on June 11. The movie is set sometime after the events of the Broly movie and sees Gohan and Piccolo once again teaming up to take on the Red Ribbon Army, who have returned and created two new android warriors, Gamma 1 and Gamma 2, to take down Earth’s heroes. In addition to his new orange form, Piccolo also gains a new “Potential Unlocked” form, which was shown in many of the trailers for the film. Shortly after the movie was released in Japan, many substantial spoilers, including the reveal of Gohan’s latest and apparently most powerful new form, immediately began trending on social media networks around the world. The first scenes from the film, which feature a beautifully reanimated recap of Goku’s past encounters with the Red Ribbon Army, was also released last week.