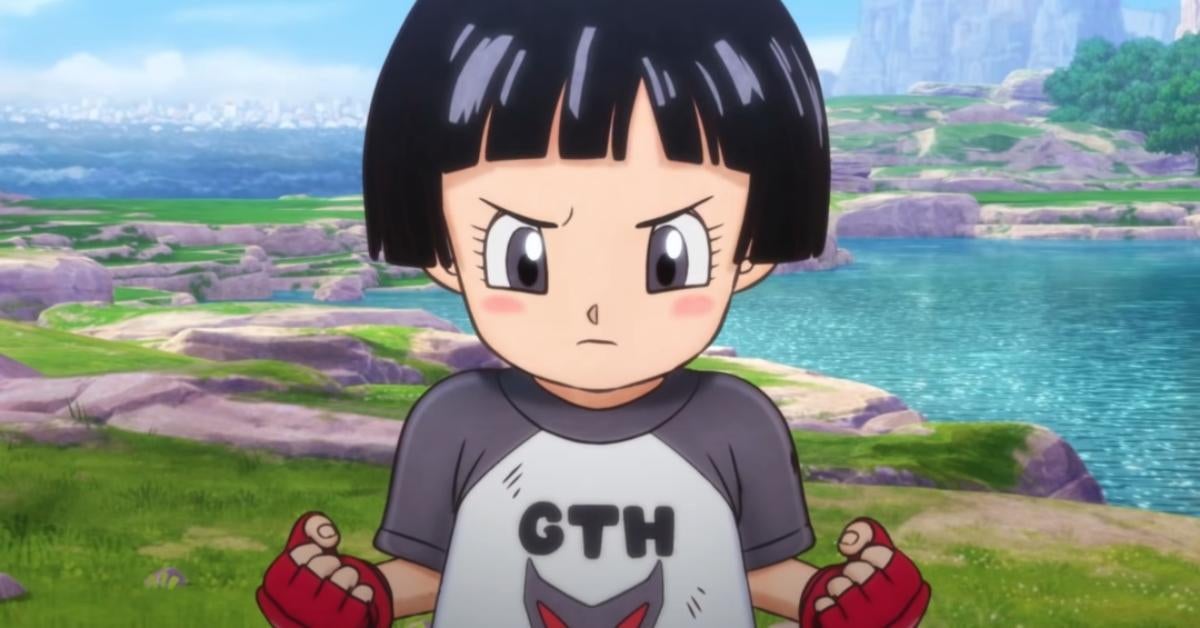 Dragon Ball Super: Super Hero is not far out at this point, and all eyes are on the anime comeback. After all, the movie will put Gohan and Piccolo at the forefront as they fend against the Red Ribbon Army. It turns out Pan will also play a sizable role in the film, and now one piece of art is going viral as it imagines her big training glow up.

The artwork comes from fan-artist onakahapekopeko on Twitter. As you can see, the netizen decided it was time to hype Dragon Ball Super‘s comeback in their own way. So rather than ink Goku or Vegeta, they brought Pan to life in a way that would make her dad proud.

As you can see, the Dragon Ball sketch shows Pan on the battlefield in a familiar outfit. The young girl is rocking Piccolo’s white cape, and the mini version gives Pan a hulking frame despite her petite size. The girl is also wearing a ripped gi similar to her dad, and the look on Pan’s face should be easy to recognize. Goku, Gohan, and Goten have all made expressions like this in battle. So naturally, it’s Pan’s turn to go a little feral.

Dragon Ball Super: Super Hero may not give Pan the opportunity to go all-out in a fight when it drops, but we do know the film will test the Saiyan. Its trailers have teased Pan’s training regimen under Piccolo, and it seems the Namekian is training the girl like he did Gohan. However, things will get dicey when the Red Ribbon Army makes its appearance, and Pan seems to be abducted by the terrorist group. But after Gohan tracks down his daughter, maybe Pan will get to fight side-by-side with her old man to show the army who’s the boss.

Are you excited for Pan to take center stage in Dragon Ball Super: Super Hero? Will you be checking out the new anime movie? Share your thoughts with us in the comments section below or hit me up on Twitter @MeganPetersCB.